Here is an update to the Vibro-Uke design progression.  I started with the basic Echo-Uke design and added additional tines made from an old bandsaw blade and light weight springs.  I also added a soundport to the upper bout and a piezo disk pickup.  I now have the piezo wedged between the support and soundboard.

I will upload two videos, both are acoustic recordings played into a condensor mic.  The first one compares how the different designs affected the sound and the second video is a short instrumental played on the Vibro-Uke. The test video uses no effects and the instrumental video has slight post compression & EQ to replace some of what was lost in the Wav. to Mp3 conversion. 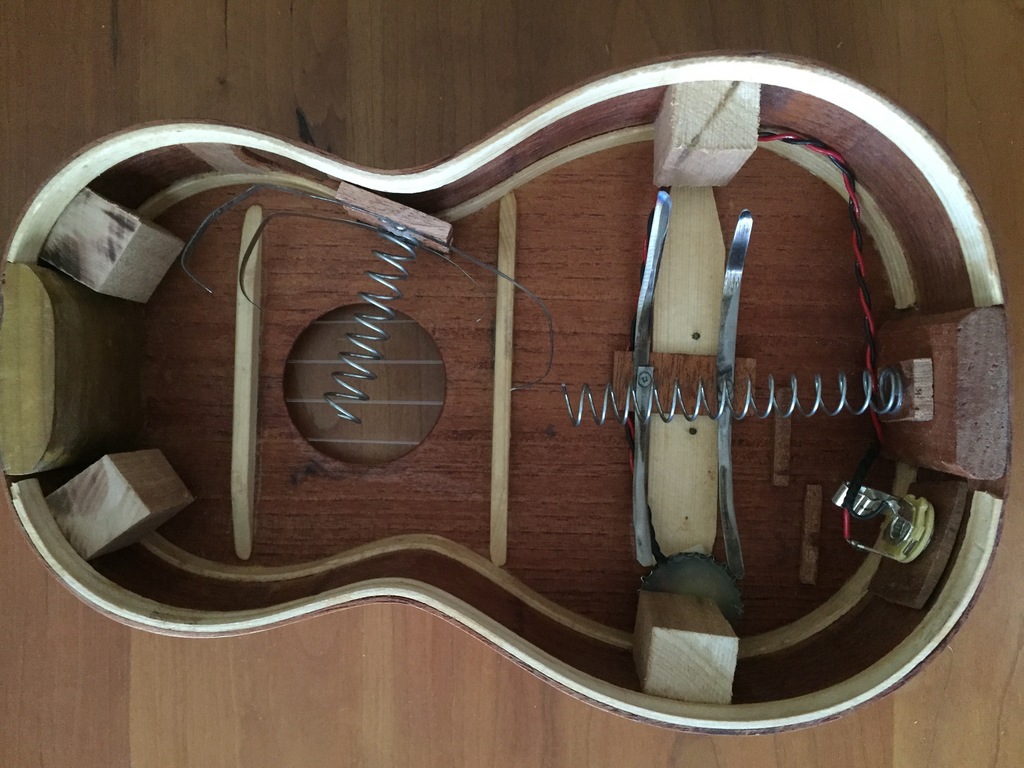 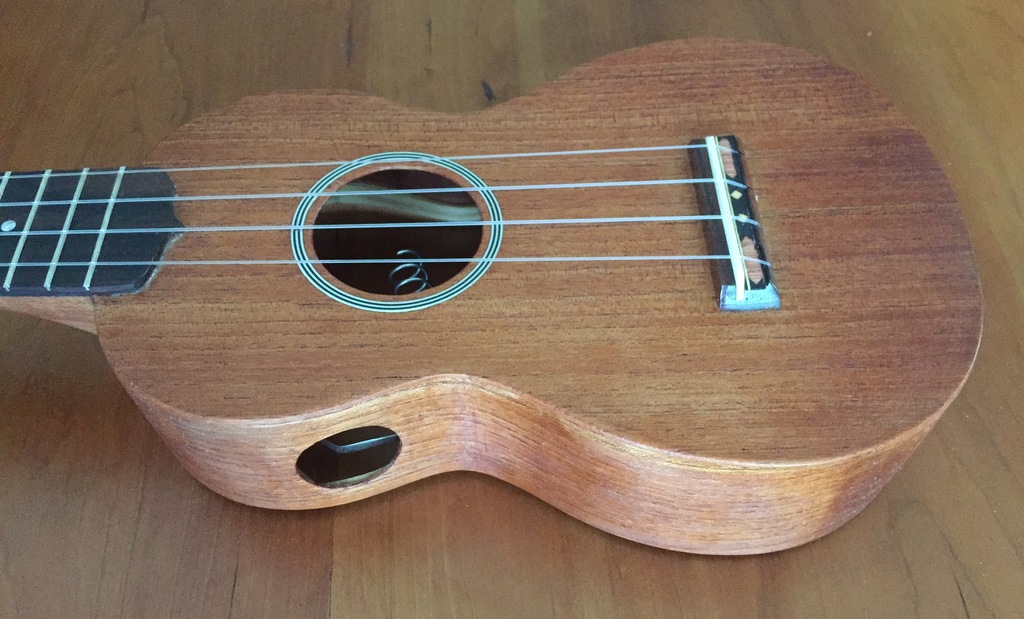 After seeing Shane's post about the Echo-Uke I decided to try my hand at building a version of the device.  My Uke build is a 2006 StewMac kit recently given to me after sitting on a shelf for 10 years.  These first photos are from today's venture into "Vibro" design.

I shaped and thinned an old band saw blade into tines of different lengths and thicknesses to respond to the soundboard frequencies and screwed/glued them onto a mahogany base.  The spring is from an old crib that was headed for the landfill.  Next I will glue the base to the underside of the top just underneath the bridge before I close it all up. 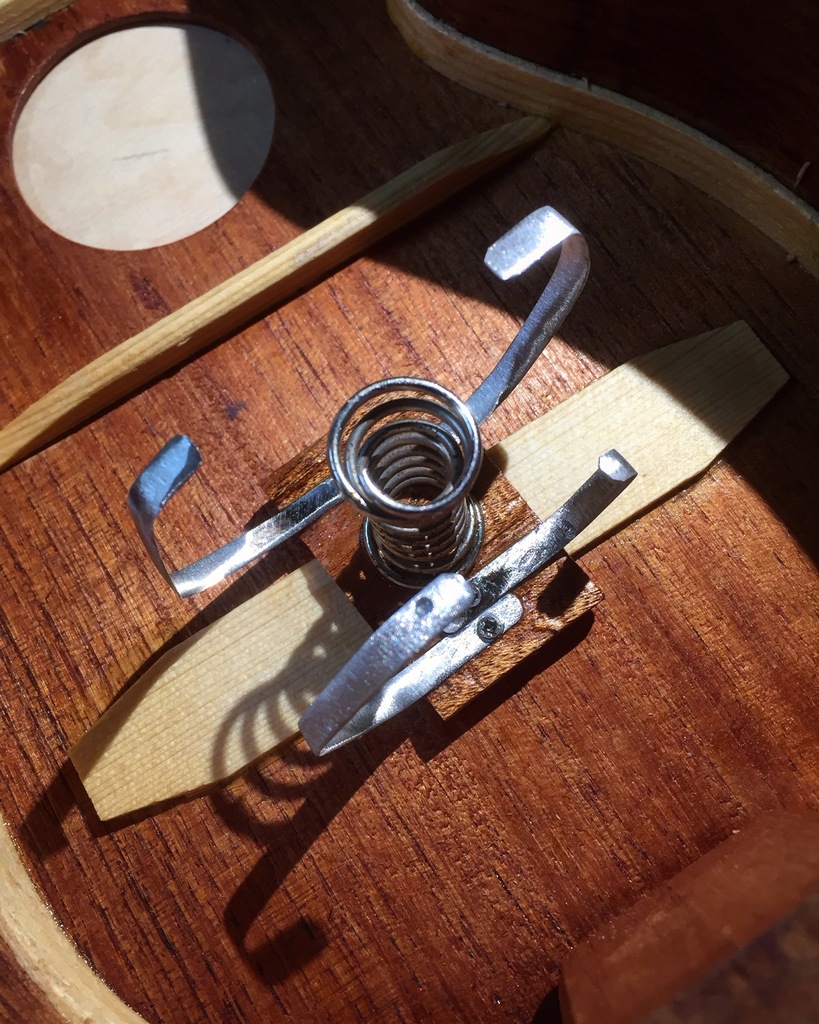 i would add another piezo or two. the one you have to the jack would simply work when plugging in, any additional piezo(s) could be also go directly to the jack, but i would add a simple on/off switch. radio shack or many places have them, it could be a toggle switch or a push on/off, and could be added simply near the jack. you could actually glue one on top of the vertical spring for some amazing effects. being able to turn it off gives you options. make sure the mounting points are well mounted so nothing vibrates loose, maybe some globs of j&b epoxy.

Any time you are concerned about any rust or corrosion on metal parts,  you can always apply some automotive wax to them.   I keep a can of old school Carnuba Wax in the shop,  just for that purpose.

Interesting and can't wait to hear it.

Paint/clear could dull the vibrations a bit. Could do chemical anodizing. That would keep it from rusting, not sure about changing the vibrations though.

I wouldn't worry about clear coating the metal. Don't want to keep it from ringing

That's a good point Titch. I would spray some clear over it.

Hope you have done something to keep the rust off.

Nice. Good choice to put it under the bridge.

Back workin on the " Wicked Brother " ..bone slice build #2

3 Chord Ziggy replied to 3 Chord Ziggy's discussion Walnut overload in the group Building a Cigar Box Guitar 101
"I did the filler bit with the shellac and even added some sawdust.  I think it would work the…"
6 hours ago