F### it, play it until it implodes

my latest build could have been worse but this one has me a little discouraged. Its my first build in about 9 months as I have very little free time these days, and in my haste through each step to just finish the damn thing and play it I made a lot of mistakes. mistakes that can be repaired and some mistakes I can live with but at this point im sick of it. 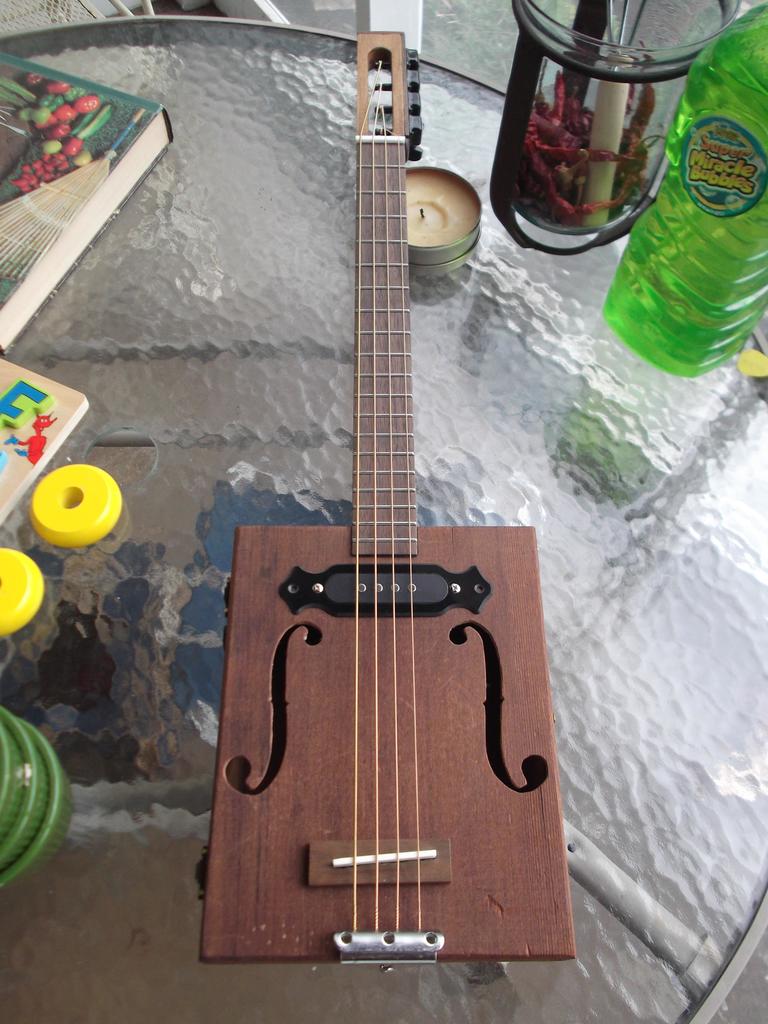 here it is in its currant state. I mocked up a bridge to find the right string height, and I just wanted to play it a little before I took it apart to finish the top bracing, paint the tailpiece, make the final bridge etc. etc. This is my first box with a mag p/u and it sounds pretty good through my vox lil night train, its also a smaller scale at 21'' instead of my usuall 25.5. My father gave me the box, hes had for over 30 years and I really like the look of it. The wood was really dried out and brittle and I tried to be carefull handling it but still had to repair several cracks. I tung oiled it and added a X-brace hopeing that would help but after tensioning the strings the top cracked in 2 more places. 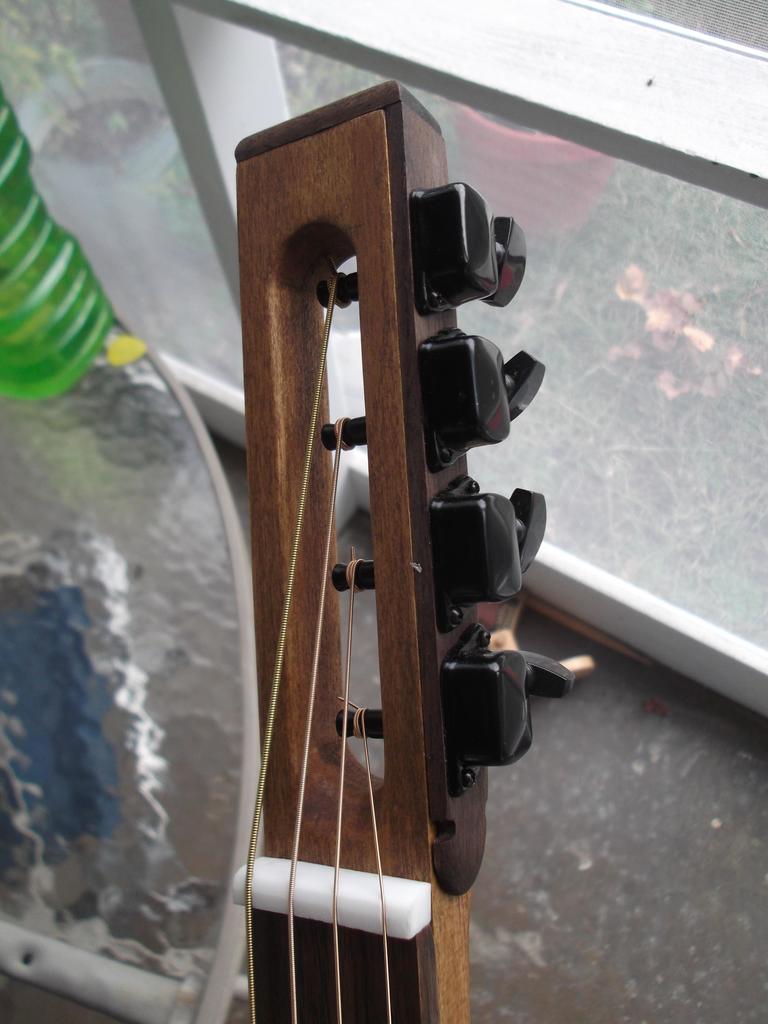 The headstock is fine but the fit of the end caps could have been nicer. I ended up staining the neck before finish sanding end caps leaving a not so seamless finish. I have to make another nut because of some poor filing a few of the strings buzz something fierce. 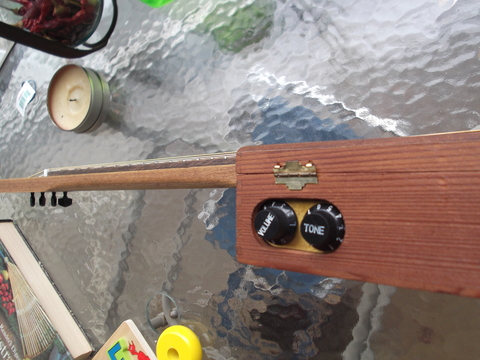 The tone and volume knobs are recessed and mounted on a brass plate. I might ditch the hinges to make it easier to get the top off to access the electronics, but you already have to de tension the strings and remove the tailpiece anyway. The neck angle is good but I managed to glue it in a little crooked. bitch bitch bitch anyway I could go on and on, to finish it I would just need to: make a new nut, make a bridge, repair the cracks and brace the top better, paint the tailpiece and maybe try some electric guitar strings. sounds like a lot of work to me and although I use to enjoy the build process just as much as making music right now I just want to rock out, so f### it play it till it implodes, then park the remains next to some TNT and blow that sucker into orbit. I might be over reacting.

I am frequently there too.  Play it.  Write down possible changes.   If and when you get in the mood, make the changes.

I think I've been close to that.

"what a great shot!"
9 minutes ago

"Hi Rooster, we live in Uptown. -Glenn"
1 hour ago

Paul Craig replied to Paul Craig's discussion Bolt on neck to a set neck body? in the group Building a Cigar Box Guitar 101
"these 3 pics show the mock up, the contour I'll need to carve and the way the spacer gives the…"
5 hours ago

This has nothing to do with a CBG, but the situation I was dealing with and how I overcame it could…See More
5 hours ago
2 Comments 1 Like