(this link used to make sense, but some sneaky person changed some names, thus making me look like a raving lunatic...)

The ground rises up and smacks John "Uncle" Johnson clean in the face and he hurts and the dirt in his nose hurts and he keeps on hurting.

Boots, big ones, impacting the earth, boots coming for him, hobnailed boots filled with the callused feet of very angry, no, enraged, men, and they keep on coming like a bad dream.

He gets up and staggers and rights himself and takes off running and running and running, and plunging head first into the raging river, and he swallows a big gulp of the foul water and gags but keeps on going, ploughing through the rapids like a human steamboat he is.

He keeps on going he does, because those men, they are serious men, and they aim to have justice at any cost for the wrong that has been done them, and the very sky is stained with the vehemence of their words as they curse him from the craggy cliffs that overlook the water.

He can feel it now and it is the feeling of sweet freedom and it is good and...

the water in front of him explodes, the crash/slap of a giant hunk of granite impacting the water, and all of a sudden all is dead still and even the ravens are playing possum.

Then another crash and splash and the cursing, oh the cursing, and the man called "Uncle" commences to windmill his arms like a demented cartoon character and actually rises up out of the churning waters and literally runs out to sea!

Back up on the cliffs the sinister mocking figures bellow out grotesque laughs and make increasingly obscene gestures.

"Guess that be the last time he gonna take the name o' Carl in vain!" Isn't John's store the plot to Office Space they embezzle money then burn the mother down.

Interestingly, Wes and Unc are wearing identical clothing. I smell a rat.

Then again, I can explain that...

I wasn't even near the place.  Look at that honest face. 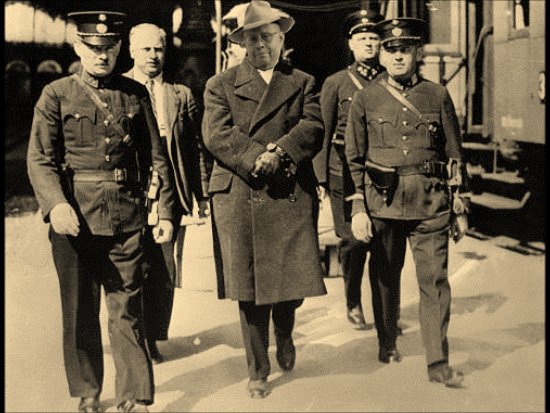 The pants that he soiled down under
Caused Oily sans doily to wonder:
If a rat caused excretion,
Then maybe deletion
Of limericks might be a worse blunder?

Huh?  Is this a poetry site?   Great poetry.  Silent gets my vote.

There once was a crazy old man

with a cigar box guitar in his hand

he would sit on the corners

and beg people for quarters

buck naked with his tunes and a can

Started by Mellowmuso87 in Performances, How to Play, Lessons, Concerts. Last reply by the anonymous pick 5 hours ago. 1 Reply 0 Likes

Started by Tim in Performances, How to Play, Lessons, Concerts. Last reply by Taffy Evans 13 hours ago. 1 Reply 0 Likes

Started by Silent Jim in Fests and Concerts: Organizing and Promoting. Last reply by Uncle John 15 hours ago. 10 Replies 4 Likes

KOOL DOG HOOCH replied to KOOL DOG HOOCH's discussion Building a micro shop for the work area challenged!!
"What a monster! What does the that weigh 300lbs? I wouldn't have storage or the ability to…"
4 hours ago

Taffy Evans replied to KOOL DOG HOOCH's discussion Building a micro shop for the work area challenged!!
"Hi Hooch, ha ha, it was in the yard of a place I worked at, not being used, big old cast iron type…"
5 hours ago

KOOL DOG HOOCH replied to KOOL DOG HOOCH's discussion Building a micro shop for the work area challenged!!
"Lol That means I'd have to drag the washer outside and do a load of laundry while running the…"
7 hours ago

Doug Krantz replied to KOOL DOG HOOCH's discussion Building a micro shop for the work area challenged!!
"could run a pony belt off the washer to power the sander"
8 hours ago

KOOL DOG HOOCH replied to KOOL DOG HOOCH's discussion Building a micro shop for the work area challenged!!
"36" cut with a 2" blade! What did you do start a saw mill?"
8 hours ago

KOOL DOG HOOCH replied to KOOL DOG HOOCH's discussion Building a micro shop for the work area challenged!!
"I started making one of these but ran into a major snag half way into the build. The wife got…"
9 hours ago

"Looks like a Corvair. Great Tune about a great car,"
9 hours ago