A new Album, and an Interview

For the last four months, I have been working on a new album, Plainspoken. It is thematic album of sorts, meant to be heard from beginning to end. I use cigar box guitars on a few songs, banjo and fiddle on some others, and my D-28 is all over it. 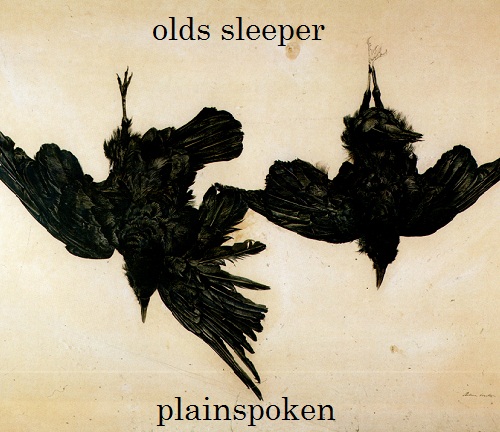 The main thing about this album thats different- Im trying to sell the download. I have given away six albums on this site in the last year and a half. Truth be told, I am way more interested in getting the music out there than making money.

BUT Im at a critical point here. I need things for my basement studio...my mics are shot (which i like, most of the time) and I have three kids. Trying to justify spending money on myself is pretty tough.

SO-- what I am asking is a DONATION (kind of like a KICKSTARTER) of $8 for the album...which includes

15 Tracks of some of my best songs,ever. Seriously,my blood is all over

a poster- it prints up on multiple sheets of paper to

and more free music in the future.

If youre interested in hearing some of the songs....maybe buying it.  check it out at

If you would like to read a pretty intimate interview about the album. read it here

I sincerely thank you just for reading this.

Comment by Slowpaw Steve T on September 26, 2011 at 6:13am
Amazing album, listened to it Sunday morning and forgot all about the time...and my my horrible cold! (-;

Comment by Matthew Borczon on September 24, 2011 at 2:36pm
so I am really enjoying your music this week end my friend. Some really strong songwriting and I totally love the lofi sound. I somehow have missed out on not giving your cds the attention they deserve till now. Life gets in the way sometimes. I am truly a fan. They all could really be total experiences in so far as listening from beginning to end. I am really blown away really nice music.

Started by Silent Jim in Fests and Concerts: Organizing and Promoting. Last reply by Uncle John 12 hours ago. 10 Replies 4 Likes

KOOL DOG HOOCH replied to KOOL DOG HOOCH's discussion Building a micro shop for the work area challenged!!
"Lol That means I'd have to drag the washer outside and do a load of laundry while running the…"
5 hours ago

Doug Krantz replied to KOOL DOG HOOCH's discussion Building a micro shop for the work area challenged!!
"could run a pony belt off the washer to power the sander"
5 hours ago