A fairly productive day.  I got one of my favorite standard CBG builds completed for use as a test platform and wound a few variations of my baseline design.   I picked up 4 different magnet sizes and so far have experimented with 2.  So far I've wound 7 different coils ranging from severe under wound to slightly overwound. 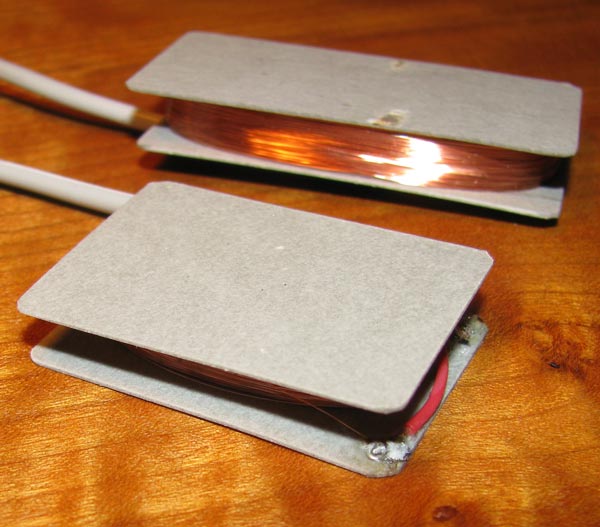 In the above picture I used a small square of copper tape as a solder base for the thin wire and my jack cable.

Below is the test platform.  It a pretty strait forward build geared toward electric rather than acoustic output.  No sound holes and the top of the box mates up tight against the neck underneath. 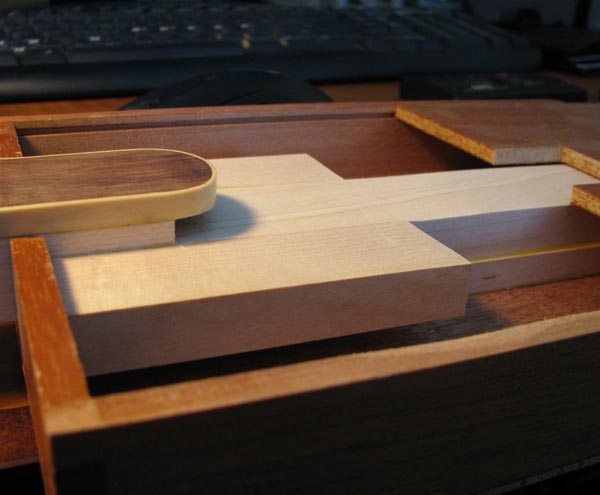 After a bit of set up, it is ready to play. 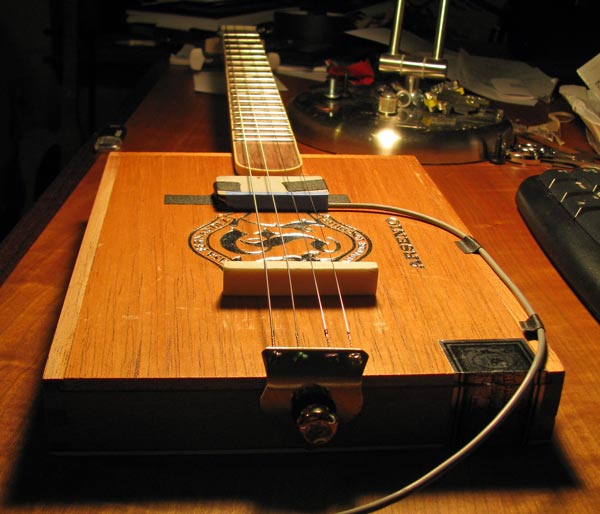 A bit of gaffers tape along with a temporary bone bridge and its almost ready to go.  The action is still set a bit high but I'm not going to attempt any further adjustment until I fabricate a final bridge assembly. 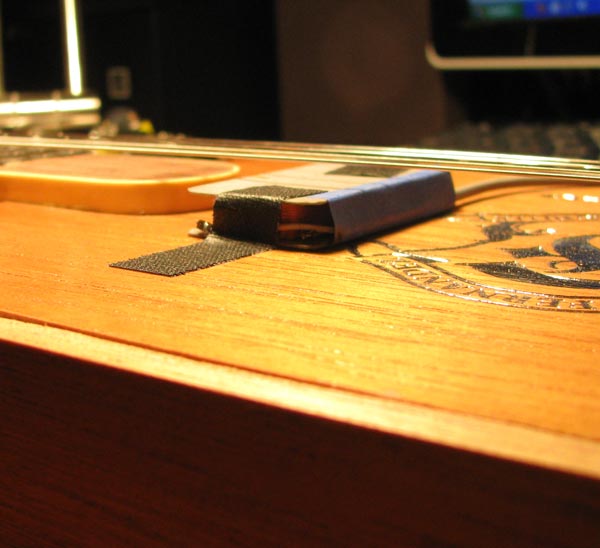 The last set of pickups I built today started with a smaller magnet 1"x1/4"x1/4".  The first one I under wound to just over 2500 turns.  Output was somewhat weak but not as low as I might have imagined.

I put a penny on top as a reference so you will get an idea as to how small it is. I've wax potted two of the pickups I liked the best and have the larger one installed and playing.  Decent, solid bass performance and a bright top end.  I would like to be able to get just a bit more distance from the strings to see if where the high end settles down but not with this instrument.

This week, I'll try to record and post some clips both clean and overdriven.

Maybe I missed it, did sound clips of these ever show up?

Started by Mellowmuso87 in Performances, How to Play, Lessons, Concerts. Last reply by Taffy Evans 17 hours ago. 11 Replies 0 Likes

Started by Fergus Lester in Performances, How to Play, Lessons, Concerts. Last reply by Paul Craig 18 hours ago. 12 Replies 0 Likes

"Thank you very much Poorness. This is one of those songs that came together quickly. The first line…"
20 minutes ago

"I was hoping to meet up with him. He is making me sign some kind of insurance forms, so still…"
52 minutes ago

Ben Ridgeway commented on Shane Speal shanespeal.com's group Building a Cigar Box Guitar 101
"Thanx for the complement, now if I could only learn to play em better!"
1 hour ago

Here is a cover of The Hardest Button to Button originally recorded by The White Strips. I played this one entirely on homemade instruments. All instruments ...
1 hour ago
0 Comments 0 Likes

"I listened again John. I love the acoustic sound. And your candid talk over. Nice horse too."
1 hour ago