I was recently vending at a Folk Festival when a customer came up and asked me if I was up for a challenge. He explained that he was a double bass / washtub bass player with a folk group that was playing on stage at the event. He told me that he had approached the other Cigar Box Guitar vendor ( there were two of us at the event ) with this project, and the guy turned him away, so he asked if I thought I was up for the challenge. 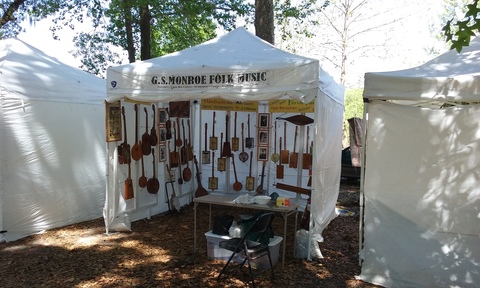 The Project? He has this beautiful, huge Rocky Patel commemorative box, and he asked if I could build him a Cigar Box upright bass? Well, I looked the box over and told him that it wasn't big enough to make a proper bass, but I though it would make a nice Cello. He liked the concept, and after a few more questions about budget and time frame I determined that this was indeed a project I wanted to take on. 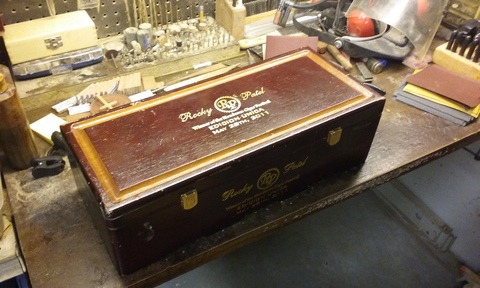 I went right to work designing the instrument, and cataloging all the parts I needed to order. Thus the build began in earnest.

First, I needed to carve a neck. I opted for a full sized 4/4 cello neck dimensions, with enough length to center the bridge on the box. I made my neck blank, and ordered an ebony cello fingerboard online. When the fingerboard arrived, I tapered & shaved the neck to match the fingerboard. I ensured that I had a substantially stout heel. 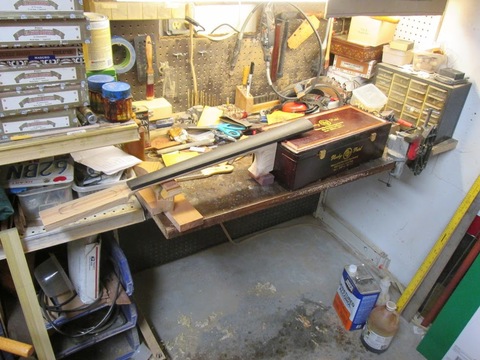 Once everything looked good, I glued & clamped the fingerboard and started in on the peg box & scroll head. 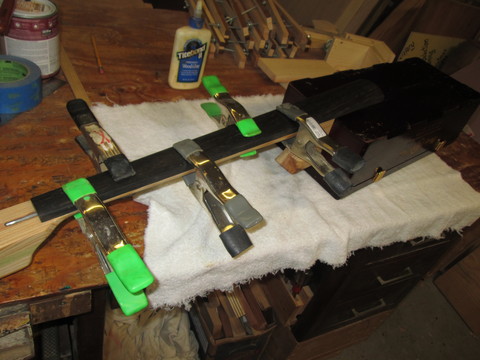 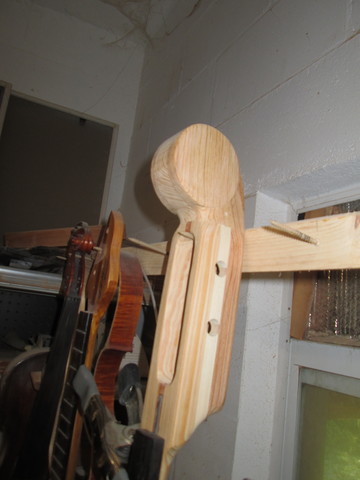 Sorry I missed this. Great job on the neck.What scale are you going for?

Started by the anonymous pick in Performances, How to Play, Lessons, Concerts. Last reply by gary herget 1 hour ago. 23 Replies 0 Likes

Started by Robert Bryan in Performances, How to Play, Lessons, Concerts 2 hours ago. 0 Replies 0 Likes

Started by Tim W in Performances, How to Play, Lessons, Concerts. Last reply by Tim W 15 hours ago. 8 Replies 0 Likes

Started by Cause the Blue rat in Performances, How to Play, Lessons, Concerts. Last reply by Myron Joe Hickel 19 hours ago. 1 Reply 2 Likes

Started by Paul scofield in Performances, How to Play, Lessons, Concerts. Last reply by Keith Rearick on Friday. 3 Replies 0 Likes

recording of a resonator cigar box guitar from the website https://www.reddogguitars.com/ There is also lots of old time blues music recorded on cigar box gu...
25 minutes ago
0 Comments 0 Likes

Jerry Jordan replied to Brent Kasl's discussion Correcting a back bowed neck
"I suspect you could make it work, but there lots of different kinds of truss rod material out…"
39 minutes ago

Keith Rearick replied to Mark's discussion Best design for cigar box Fiddle?
"Glad to be of help."
44 minutes ago

"ME TO  ! FINE TRIBUTE  PS ! great murge tricky stuff keeping sound and image together in…"
44 minutes ago