Kevin M. Kraft's 2015 novel DOBORO THE BOTTLENECKER has recently been re-released in an effort to gain a new audience AND attract financial backing for the motion picture, which is currently being developed by Kraft's production company, Heaven's Wheel. 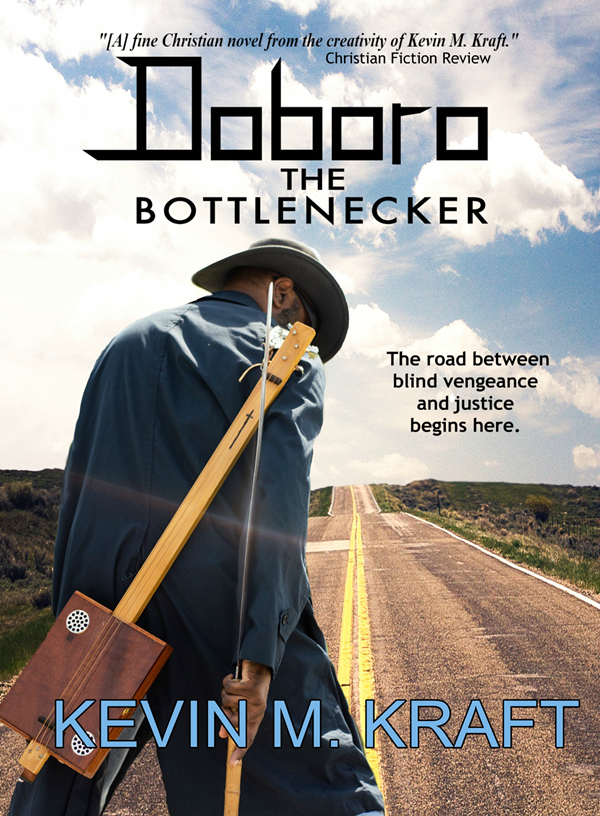 DOBORO, available on Amazon Kindle in both ebook and print versions, is a Christian novel, which is cutting edge in both genre and execution, as may be evident from the description:

After surviving a devastating assassination attempt, family man Dave Granger is spirited away to South Korea to undergo intense rehabilitation under the harsh tutelage of a martial arts master by the grace of a merciful God.

Seven years later, with a sterling faith born out of adversity and a wit as razor sharp as the sword concealed within his walking stick, Granger returns to the U.S. and ekes out a modest living as a blind cigar box slide guitarist and street singer in Kansas City. But while he tries to live in peaceful anonymity, he is once again set upon by the very ruthless forces that killed his family and took his sight. But unlike the first time, Doboro is by no means defenseless, having been trained in the ancient Korean art of the Sulsa warriors.

But will his uncommon faith, indomitable spirit and breathtaking combat skills, pitted against highly trained assassins, be enough to save his life, let alone that of the one person whose life is dearer to him than his own?

Immediately unique for a Christian novel, DOBORO features a central character for whom the cigar box guitar is as important to him as his sword but is what builds a bond between him and the second lead protagonist.

"The cigar box guitar component is indispensable," says Kraft. "It's key to Doboro's character throughout."

Kraft, himself a cigar box guitarist and founder of what was the Annual Kansas City Cigar Box Guitar Festival, is currently developing his novel for the big screen through his family's production company, Heaven's Wheel, and he hopes that high book sales will make the project attractive to financial backers.

"The response to the second edition has been great, even better than the initial release in 2015," Kraft says. "Since music plays such an important role, the story should translate very well to the screen. And the soundtrack should be fantastic, introduce to some for the first time the cigar box guitar in all its primitive glory." 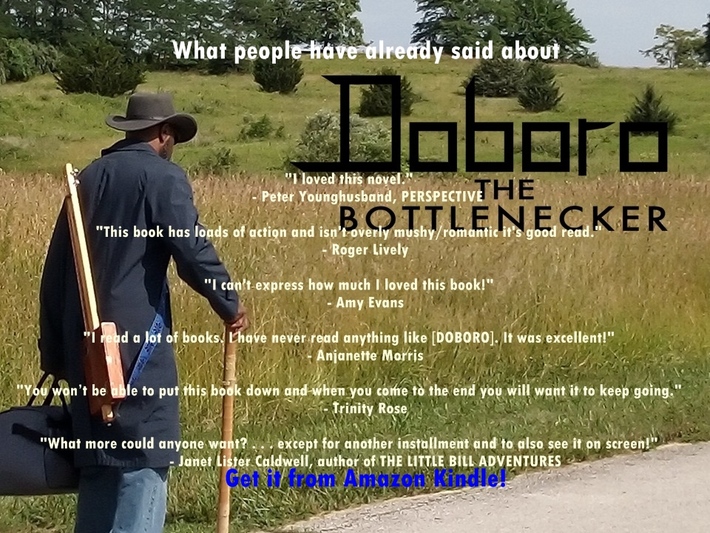 Kraft's first EP, Tales from the Bottleneck, featuring songs inspired by DtB will be released later this year at a time to be determined. Included in this collection will be "Kinder Eyes," Doboro's theme song, which was featured on 2009's Masters of the Cigar Box Guitar Volume Four.

"I'll be releasing a couple songs ahead to help promote the novel," he says. "I've been recording quite a bit over the last several months, and it's been really exciting to finally hear my songs rendered the way I had imagined."

The second edition of DOBORO THE BOTTLENECKER includes the first two books of a continuing series in a single volume. The third installment, Doboro: Long Way from Paradise (second edition) is tentatively set for release later this year.

Check out Kevin's interview on Perspective by Peter.

"Always love a good tutorial Poorness!, nice old song from the days of Hippies and Flower Power, but…"
48 minutes ago

"You are right Kale! All I know about Nirvana is that they had a lefty guitarslinger. Adam you…"
3 hours ago

"Thx, yes, I've never seen/heard it done prior and truly LOVE it!! All the goods from one pup,…"
4 hours ago