Bill Coliins said this, I thought paraphrased it would be a great write up for inspiration to post over here.

"There's a certain rawness to a homemade cigar box guitar. It's a sound that has grit. There is an unrefined quality that you don't find in guitars being made in a factory. Cigar Box Guitars have a ruff, dry attack and an unruliness to them.

A lot of cigar box guitar builders today try to fix and correct the nuances of a homemade guitar, and there is definitely a place for that, but I don't think a {cigar box guitar} needs to be completely balanced in tone and playablity from end to end to be a great guitar.

There is always another point of view.....

"I don't play cigar box guitar, I use tin cans" 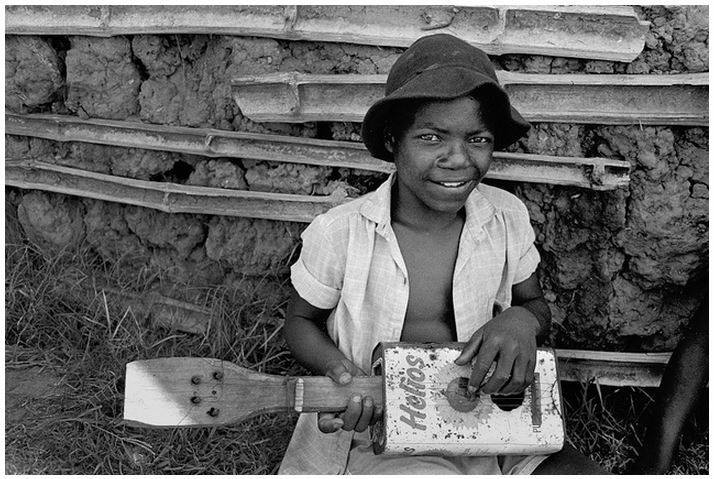 In an ideal world each and every cigar box guitar should sound different, both to other CBGs and 'real' guitars. Otherwise, why bother?

Started by Fergus Lester in Performances, How to Play, Lessons, Concerts. Last reply by robert jones 12 hours ago. 11 Replies 0 Likes

"Say Dave that cockeldoedeldo  headstock is just wonderfull superhome craftmenschip To the max!!"
16 minutes ago

hthavana replied to Sean Murphy's discussion Table saw for fretting, blades, and power
"Nice setup indeed, and something like it just might work for my mini-saw if my sled doesn't…"
26 minutes ago

Timothy Hunter replied to KOOL DOG HOOCH's discussion Building a micro shop for the work area challenged!!
"check out "wood working for mere mortals"on youtube. steve has made some good workbenches…"
29 minutes ago

"Up and down you go! live is hard ,live is Sweet, you dont see it coming, but your there to meet and…"
42 minutes ago

"Chitlitt circus is waiting Fred!! don't need no jet flightsuit Come as you are ! you get great…"
50 minutes ago

"wauw!! thats a great looking washboard dave! thats where i started on back in the day, but not as…"
59 minutes ago

"Thanks Danny. I stayed up late for this lament. I wrote the song many years ago when I lost my job…"
2 hours ago

"Thanks Danny. I was going for train speed and rhythm."
2 hours ago

The Fallen Branch Ranch updated their profile
3 hours ago