Well, today I completed my first CBG effort started a week ago.

I commenced with a Hemingway cigar box scavenged from the local newsstand/smoke shop, which is attached to a laminated oak and poplar headstock/fingerboard/tailstock. The design is all mine, using a stick of tuners and pegs purchased locally, strings I pilfered from my six-string supply, frets made from finish nails set in the neck at correct depth and intervals compared to my Martin D16-H, and a Radio Shack transducer… Continue

The fever! its contagious and now every piece of scrap lying around begins to look like something that could fit on a CBG.

The fever! its contagious and now every piece of scrap lying around begins to look like something that could fit on a CBG. Continue 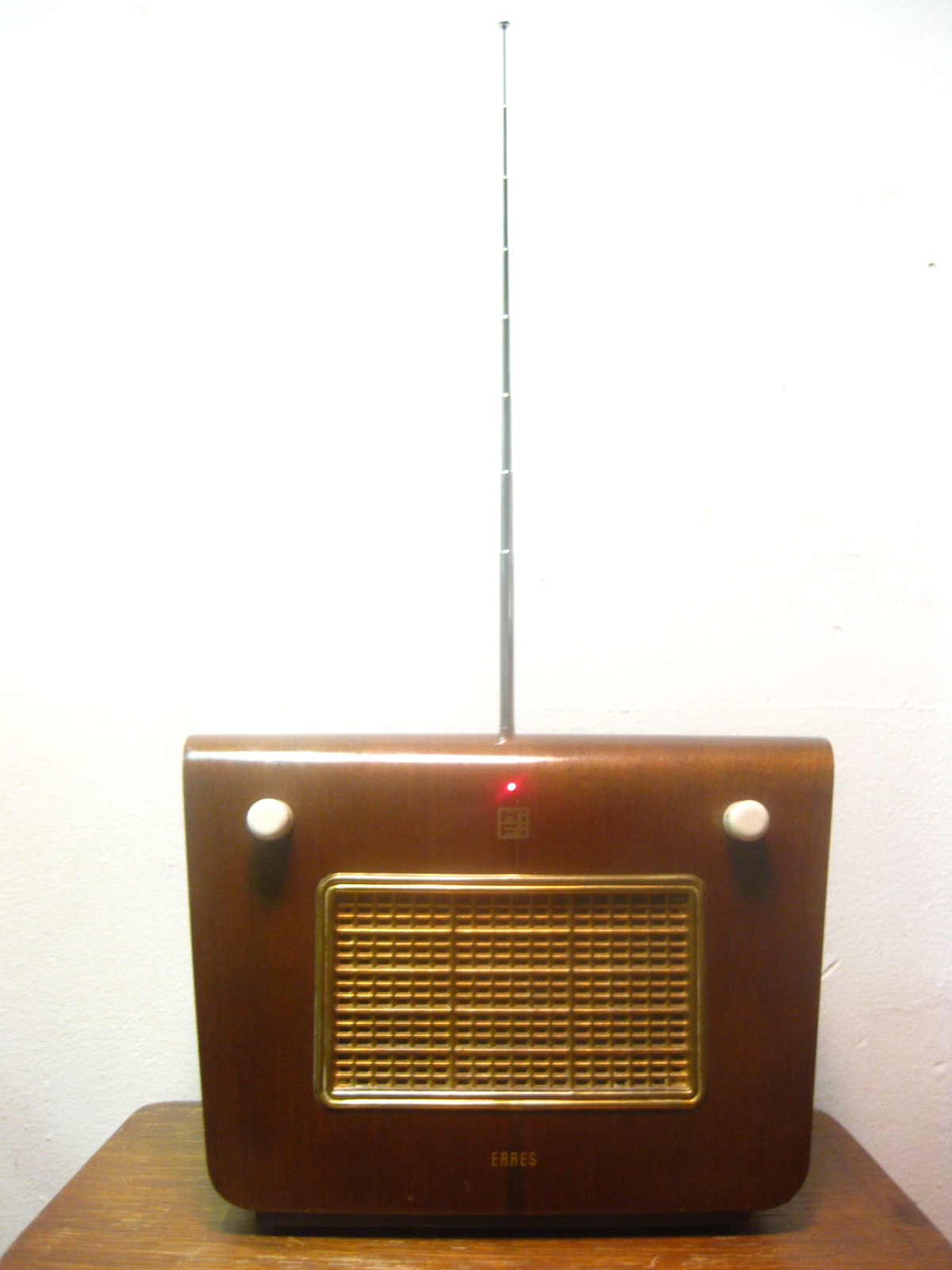 Finished my theremin project. It's a theremin & amp build into a fifties radiospeaker. Got the 2 watt amp from 'The Cigarbox Guitar Company'. The speaker of the radiobox sounds much better then the one in the kit, so no hassle changing the speaker, only some wiring to connect the theremin with the amp. It has an input for a guitar or other instrument and an effectloop for the theremin. The theremin consists of two oscillators operating at a radio… Continue

Here's wishing all you CBG nuts a very merry Christmas and a great New Year with lots of new builds...........Jim

more parts at the Back Porch Mojo store!!

Big Daddy, is at it again more parts in the Store
Back porch mojo is now offering Volume and Tone pots for all you builders
250k pots
500k pots

and we have in the store single strings so if you planning a diddley bow or maybe you broke a string, just maybe want some spares around...… Continue

So I'm nearing the end of my first build and with it's many flaws, I'm still proud of it and I will hand it with much pride to my youngest son -- and hope with all my heart that he doesn't turn and swing it at his brother's head -- LOL, think I'm jokin'?.

I'm learning a lot w/ this build... like, how hard it is to work with purple heart(!!), damn shit is only slightly softer than concrete and will splinter whenever it damn well feels like it!! Now I remember why I have so much of… Continue

Art for your Box

Do you want to pimp your Cigarbox Guitar with a painting? I can paint your Cigarbox with your favorite blues/jazz/pop/CBG artist or anything that you can imagine.

Or a unique painting of your favorite blues/jazz/pop/CBG artist on canvas.… Continue

Today, while I was sweating away using a microplane to trim out a recess on the neck that will be under the box lid, I kept thinking to myself, "Damn, if only I could pull out the mini router table I could be done with this in no time."

The thing is stuck in a closet and I dare not bring it out just yet... not after taking over the dining room for the first week of my CBG build-- and feeling the wrath of the lil' lady (the silent kinda wrath, with knowing glances and… Continue

I signed up with Ning 2-3 yrs ago, right around the time it came out. In fact, if I remember correctly, I created a couple different Ning accounts for separate purposes. Seemed like a good idea for a site and they had some big ideas.

I used it for a couple of days and left because it was so buggy and laggy that I couldn't even create a site, could barely play around with it. I had hoped to come back to it at some later time but never got around to it.

A couple of weeks ago… Continue Hey everyone,
My old man has abunch of purple heart. Will it splinter too bad or could it make a good fingerboard or completed neck. I was thinking of making maple as a contrast for good color. Thanks for all ya'll do.

I have been playing Delta Style Bottleneck Blues Guitar in Open Tunings since 1984. Although I am far from an expert in the field, I have learned some very practical methods to understanding music.
I would like to help CBG builders who have no or limited knowledge of music, but are interested in building learn how to play their creations.
So, I have a plan.
Step 1:
Begin by building one string (diddley-bow) CBGs. Initially, this instrument does not need frets, but I would… Continue

(DGbd) tune down to (Df#ad)
(DGDg) tune up (DADa)
Tuning the g up a whole step to a, could create a tension problem. A solution would be to tune down to f# (DADf#). Over lapping the (Df#) on both CBGs. Of course, this would alter the relative string arrangement and new ideas would need to be explored for the (Df#) interval.
This is interesting because it is the treble arrangement part of Open C Tuning on a 6 string guitar (CG"Cgce") applied to a bass arrangement in the key of D… Continue

During my on going study of Open Tunings, I realized a way to split the Open G Tuning on a six guitar (DGDgbd) in half by using two CBGs. On the "After a Hard Week...video, Bill used a 4 string tuned (Dgbd) and I used a 3 string CBG tuned (GDg). The only string I was missing was the low D to complete the 6 string arrangement. If I had a 4 string CBG, with this low D added, I could tune (DGDg). The two guitars would over lap the (Dg). I would have the low (DG), Bill would have the high (bd). We… Continue

Back porch mojo is pleased to announce we have finally added a Bass Kit to our ever expanding store!!
My brother Big Dan is the Bass man and is now putting together for you a Bass CBG kit check it out at the Back porch mojo store

All i want for christmas is a new brickhouse mightymighty box

new parts at the Back Porch Mojo store

Big Daddy here, and I am trying to help all my fellow CBG'ers by tracking down and making available the parts and information I had to search and search for to fuel my CBG addiction! I have found some great tuning pegs, and they will put your next CBG over the top!! every one knows that Kluson tuners on an old les paul or other vintage axe gives it a look you just cant get any other way... but Klusons are expensive!! vintage sets can run in the hundreds of dollars and new reproductions are… Continue

Taffy Evans replied to Taffy Evans's discussion The Journeys End. The Drought Breaker Resonator.
"Hi guy's, well it seems I named this guitar correctly the "Droughtbreaker" . Since…"
5 minutes ago

"I knew you were Canadian!"
10 minutes ago

""Yep!", I'll also take back what I said about a light stain and some lacquer, nice…"
18 minutes ago

""Nice Dave!", reminds me of my younger days, when we used to roam the countryside around…"
24 minutes ago

Cause the Blue rat replied to Mark Ballard's discussion Problem using Apple Safari browser on Site?
"A fellow Apple Safari user here.  First you may have to delete the cookies related to this…"
26 minutes ago

""Thanks Dave & Bones", I too think it looks smooth and beautiful, considering it free…"
40 minutes ago

""Thanks Dave", Yep!, very happy with the way Neck looks, it really came alive when I gave…"
44 minutes ago