I just finished this little guy for the good people at Collishaw farms in Cloverdale, BC. Patrick Harrison, who owns the farm, saw a little spot on cigar box guitars on the TV and tracked me down. He spent some time looking for a local artisan to build one for him. lucky for me, I am the only one in the Vancouver region. So far!.

Here is a pick of how it turned out.… 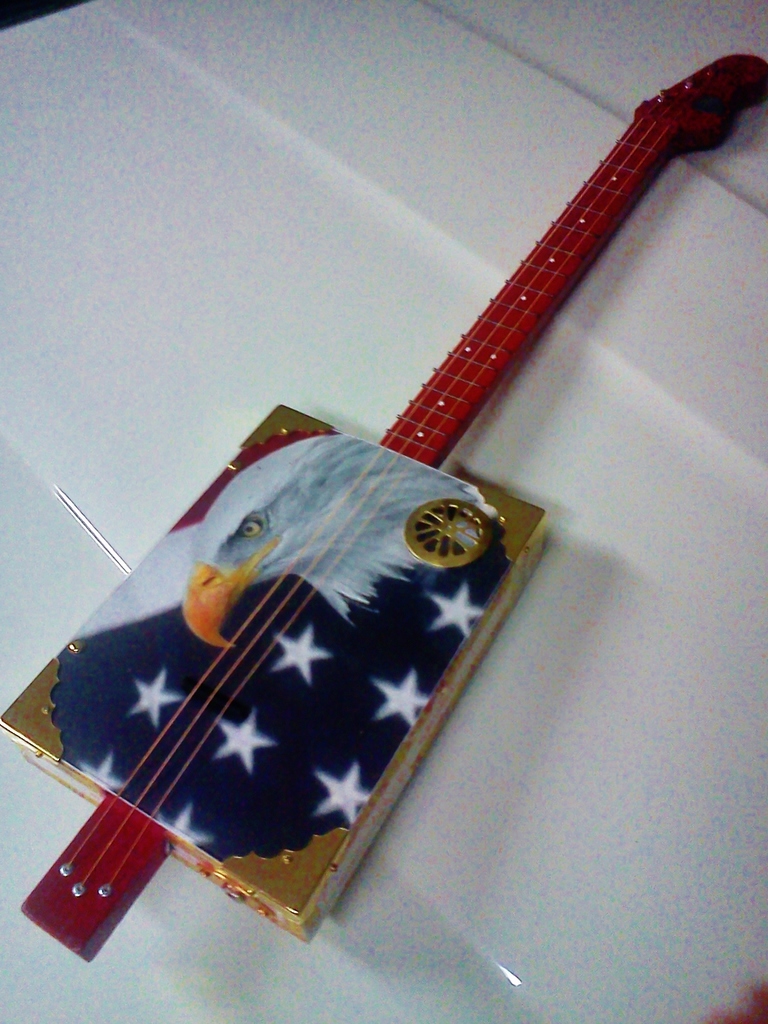 I have a dozen CBGs in stock right now.  Contact me for special Holiday pricing!!!!  ....and be watching for another article on my builds in the Venice Gondolier on Dec. 15th.

Hi All....Hope your holiday season is going well so far. Now's the time for a Cottin Pickin Blues CBG for the perfect holiday gift

Hi All....Hope your holiday season is going well so far.

Just wanted to take a few moments to remind you that the holiday season is upon us and an electric/accoustic cigar box guitar might be just the perfect gift for a friend or family member.

Have a continued wonderful holiday.

People who cannot play only - please

I became interested in CBG because learning to play guitar was on my bucket list. Anyone here in the same boat?

I am learning how to build much quicker than how to play. Anyone in that boat alos?

OK, so on the playing side, I have actually made some progress I want to share. Well, not share, more like talk through  - a discussion group  - theropy?

First I did the thumb tacks on the neck at the third, fifth, seventh, and twelfth fret positions. Later, after a lot of…

"Fly Around My Pretty Little Miss" - A popular fiddle and dance tune from southern Appalachia (aka "Blue-Eyed Girl"). Arranged for dulcimer.

The following song is in ABC music format and it should be cut and pasted into an ABC converter program like the "abcConverter" on Mandolintab.net. Once you submit your ABC file, the converter will produce a quick and dirty image of your musical score which is then displayed on screen. Above the music, in the center of the…

The guitar is complete,except for strings,outer shell for the case done.Worked a couple of hours on the inner bottom half of case,installing guides,dividers n such before I start padding and upolstery.Pics to come.

I'm new here do thought I would introduce myself :)

I'm Glenn abd I'm 41 from Dorset, England. Im now medically retired and have just purchased my first guitar.. A Jaxville Custom -Union Jack which I bought recently as I've always wanted to learn to play guitar but never got round to it.. Insure you can buy a "Roundtoit" somewhere :)

Last night I finally spent the time making an Uncle Crow style 3 string.  Last weekend I bought several boxes from the cigar lounge a few blocks away.  Made a couple of trips to the hardware store (mostly home depot), even got a piece of oak.  I was considering some modifications to the Crow design but then just decided to "go with it".

I found an old 1x2 in the corner of the garage with a knot in it.  Thankfully one side was long enough for a neck, the other side long enough…

Pics of First Ever CBG

The pics of my first CBW are now on my site.

I learned a lot and now have some mistakes that I will try to avoid next time around.

My wife said that it sounds like a guitar.  I will take that as a compliment. 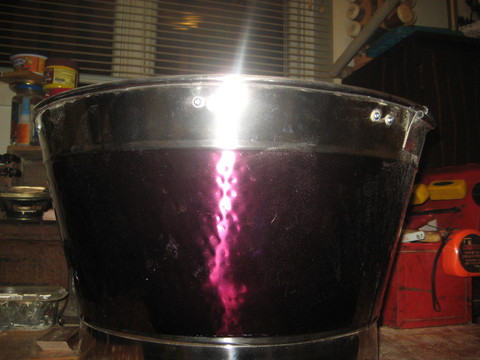 Here's the tub with the sound board anchors in place 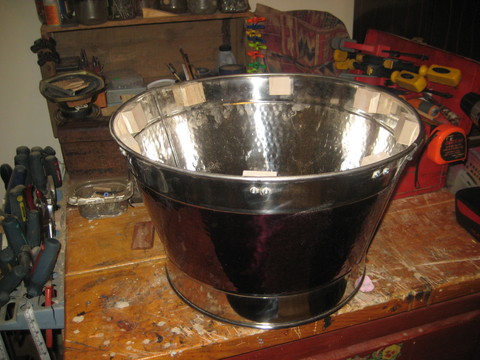 Sound board ready for mounting and paint…

Thanks for asking about my project.  I finished it last night and  it actually sounds like a guitar.  Now I need a slide.  I was using a metal ruler for a slide with the guitar laying flat on the table.

I picked up the Sunday paper and read the front page headlines.
Oklahoma won its bowl game. Football is big here in Oklahoma. As I started to dig for the funnies and sports page, a photo on the bottom of the front page caught my eye. It was Travis Erbeck, my old friend from Clayton. The bold print read, ‘Small Town Hero: Good Samaritan Dies Saving Girl And Dog.’

I felt like I’d been punched in the gut. It was…

Started by the anonymous pick in Performances, How to Play, Lessons, Concerts. Last reply by Uncle John 57 minutes ago. 3 Replies 0 Likes

"Thank Bob and Uncle John, The soundboard wood is acacia, and the bridge is french oak from a local…"
30 minutes ago

"Thanks Bob, I had another La Aroma box, but this was an older one. I discovered after cutting the…"
32 minutes ago

"Thanks Dave, I built this for a friend who gave me the box. I will be giving it back to her next…"
36 minutes ago

"Thanks Bernie, it was the right price too!  Can you post a picture of yours sometime?  I…"
37 minutes ago

Uncle John replied to the anonymous pick's discussion Update on cbn member “ Maddog “ .
"Hello, Patrick.  Kinda and I have been thinking of you.  Good bless."
57 minutes ago