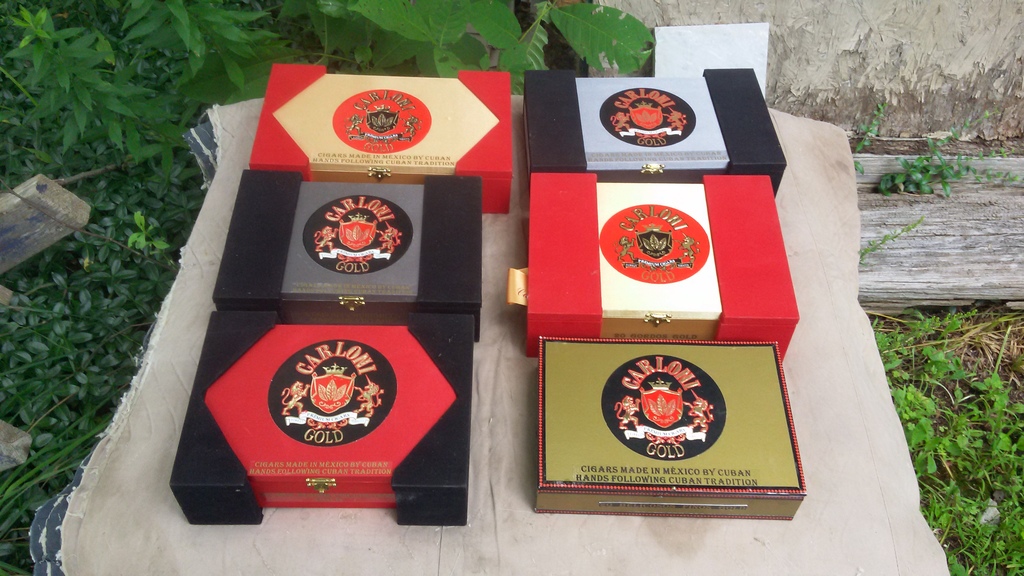 Went to the transfer station today and this is what I found! A pile of cigar boxes just sitting there!

I couldn't just leave them there! There's too much potential.

What do you think?… 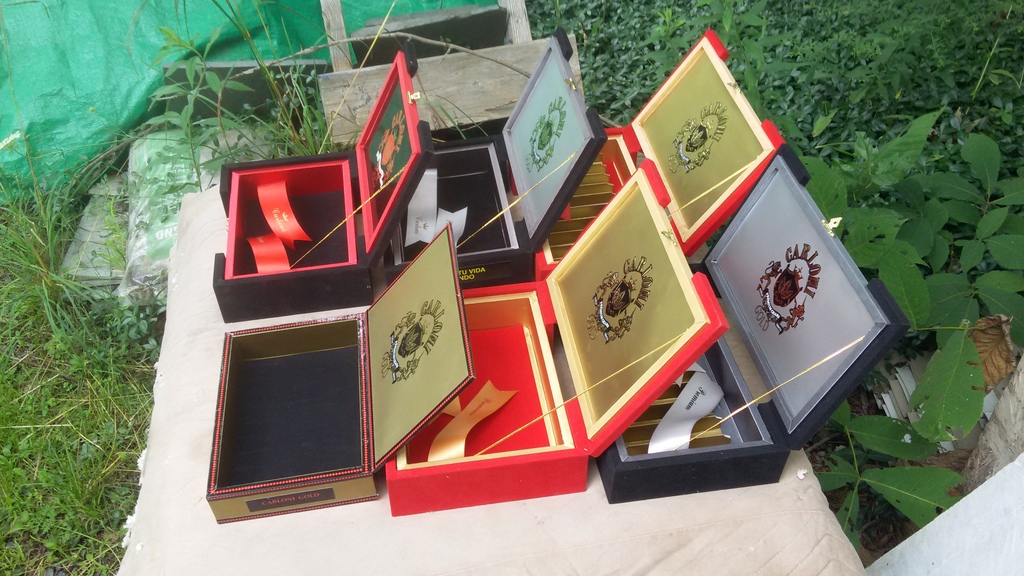 Pickup Winder from a Cordless Drill

A while back, I asked for opinions of a coil winder in this thread:

In that thread I decided just to make my own from a cordless drill that was given to me years ago. Well, I finished it today.…

For anyone who is interested in attending Dan Sleeps service, it will be on August 5,2017 at 10:00am and will be at Fairfax Community Church 11451 Braddock Road,Fairfax VA will be followed by a luncheon at 9624 Masey McQuire Ct. Lorton VA.

I've been working on making a pickup winder based on a cordless drill and so far, so good. But I have come to a stand still on that waiting on parts and according to tracking, I won't have them until Monday July 24.

To fill the time gap, I came up with a related project. I was thinking "what am I going to use for pickup covers?". This lead me to DIY low suction vacuum forming machines and after reading a few articals and watching a few YouTubes, I came up with my own design.…

These photos show the neck of my uke project after attachment using pocket holes. The double holes on the top will be covered by the fretboard; the bottom one, filled with a maple plug, will be visible. The neck is rock solid, screwed through the box into a maple block. But it's not reversible ... We're past the point of no return here.

The fretboard is glued on and curing tonight; all that remains is the saddle, and then the adjustments. …

I used a core box router bit and the table saw to shape this neck to match the tricky Ashton cigar box. I can elaborate if there is interest. I'm very pleased with the joint. 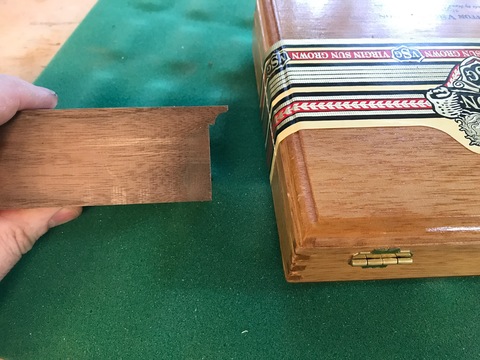 Now that the neck has been shaped, I'll be attaching it with pocket screws through a maple glue block two through the top (to be hidden by the fretboard) and one from the bottom, to be…

I'm thinking about doing a licence plate git and have been looking at various posts here there and everywhere and have noticed that almost all of the boxes that get built are rather thick.  Just wondering if there is a reason for this, as I have some really nice 1/2 inch Birch plywood that I got from my boss, and was considering using that to make the back and sides.  But as I said all I see are really thick boxes. So what do you guys think?
And I know......... "There are no rules"…

Anyone that has followed my builds or seen my instruments will know that I'm a huge fan of "floating blade" style bridges combined with a "Zero-Fret" string guide/nut. I have found this combo to be one of the most consistent ways to achieve low string action. I'm going to now share with you one of my secrets to how I make my floating bridge the correct height.

I use a simple wedge feeler gauge. I locate where the bridge will sit on the soundboard, and slide the feeler gauge under the…

It was supposed to be an easy sunday! Now my heard hurts

Well i guess i've hit what can only be described as "builders block" (very similar to writers block).
Had a productive day making the neck and headstock for my #2 build only to spend the last 6 hours trying to decide on the rest of the design! I think ive picked the box to use, but so many ideas running through my head i cant make my mind up... Electric or acoustic? Fretted or not? Which tailpiece and bridge? Which tuners? Which sound hole covers? Aaaargh!!!!

Can a slide be played with a fretted neck on a CBG?

I am building my own CBG and would like to use it for slide and chording. I am a total newbie when it comes to stuff like this. Can a slide generally be used with a fretted neck or should a slide only be used without frets? It looks like most videos show using a slide on a fretless neck...I am used to playing a slide on an electric guitar with the action set a tad higher. I can still play chords on it but I don't know how that would "translate" into playing a CBG. Thanks!

"Very clean and nice."
23 minutes ago

"Cooking with POWER, John."
25 minutes ago

"Shuffling off on a south bound.  Cannot blame you a bit.  That is bluesy good."
26 minutes ago

"Scaring me"
27 minutes ago

"Thanks, Bob.  All aboard -just ask and your ticket is ready."
30 minutes ago

"Hoodoo this spell on me?"
36 minutes ago

"Talent is the ability to play almost anything...you own it!"
39 minutes ago