Doing it for the first time. 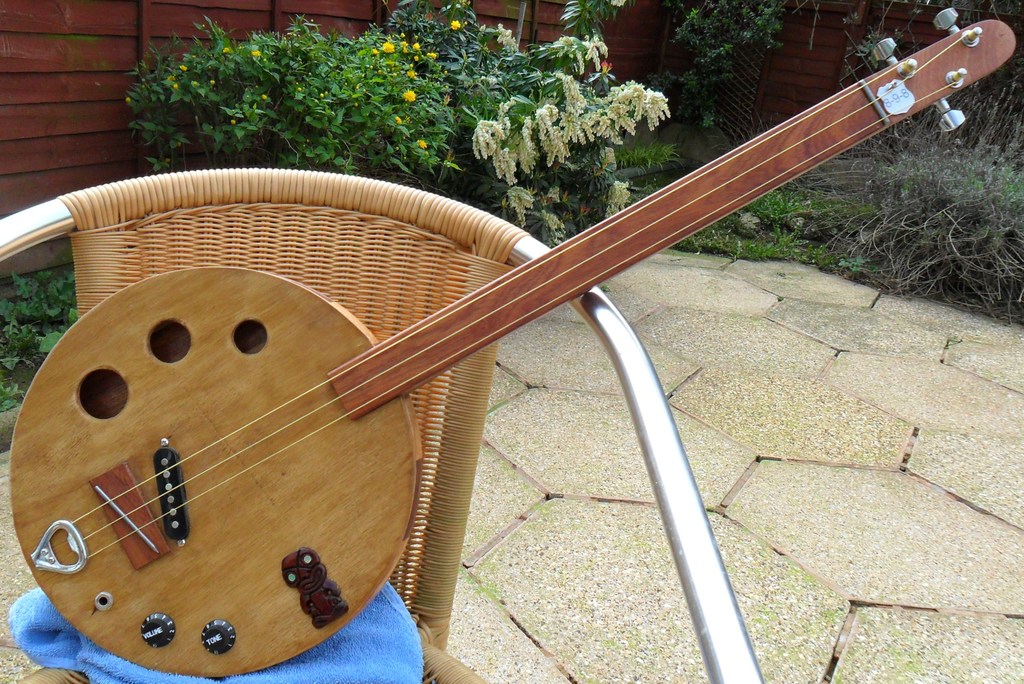 So you agree to make a guitar for another person for cash!!

No problem right, I've built a few, they look ok, they work as they should, apart from the one's that live under my bench, but I wont mention those.

Idea's are exchanged, an imaginary design agreed, just to be clear this is two people thinking about roughly the same thing and fine tuning it on…

There's always a story.  I'm too amped up right now to type it out here, but here's my lyrical contribution for today.  I'm sure I've got some good company here.

Not a Spectator Sport

I love this quote from the Kruger Bothers about moving to North Carolina:

“It’s like the state motto, ‘To be rather than to seem,’ ” Uwe says. “The music is like that for real here. You drive around and see people playing on their porch, which you don’t see anywhere else nowadays. The whole state is kind of like that image of Ireland, where the whole pub starts singing. Music is not a spectator sport here.…

So I finally got around to making a CBG.

Over all it was a big success, considering that when I first beginning working on this project I was not very optimistic and I was worried that the neck would snap 1/2 or the thing would explode.

I used Torpedo box, oak neck, tuning machines from a cheap mandoline and some discarded screws.  I found a couple of discarded Sorvall centrifuge tubes and make one into a slide.

A lot of mistakes (which I expected) were made, the…

My second CBG was given to a child and I wasn't too worried about it being "politically incorrect" on account of the smoking connection because his parents are smokers.  But, I probably won't do it again.  Instead, I'll use a school box like this from Amazon-- 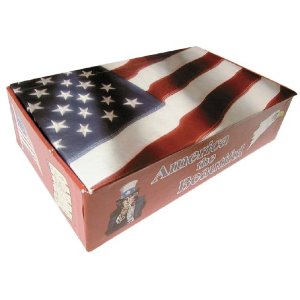 This box is manufactured by General Box Company, Waycross, Georgia, USA, and they sell this and some other school boxes…

Actually this is the same as Open Minor tuning. Although, they did not play a minor blues. Instead by fretting the third string, they… 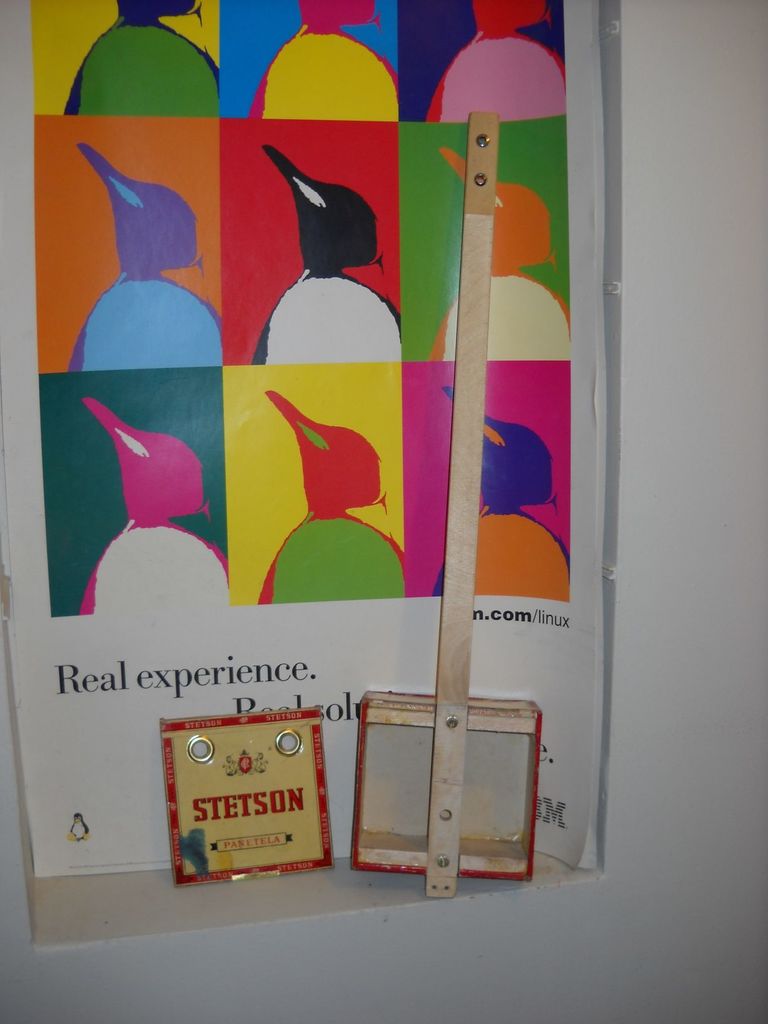 Cardboard box with very light reinforcing.  The neck is birch veneer and the box reinforcing is really light pine or something like that--all the wood came from a pallet made in Europe.  The lid is held on with four tiny screws. 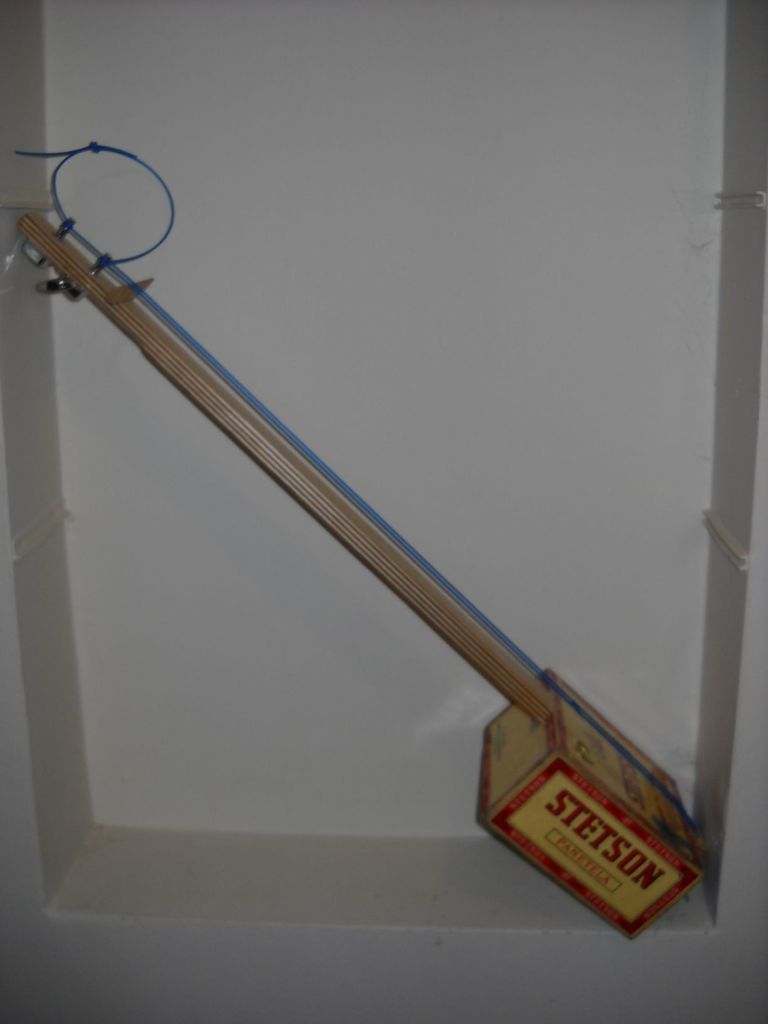 You can't see them beneath the clouds, but I can assure you there are people you've never ever met,perfect strangers,holding their hands out,far below…

Thanks for all the help guys and suggestions.  This site is great... I am starting on my second one soon...  I learned a lot from my mistakes frets are killing me

Trying hard to fret my first cbg. Reading all the material out there.. looks like tomorrow i will go the japanese saw route. Have a miter box. Now just figure out depth control. Thank god i am bald... my guitar is so close to completion i would pull out my hair if i had any over these fret slots

I know that we are about the building of these instruments but we are all also keeping an eye out for cigar shops.  I've got 6 shops that I routinely check and one that I went to once and never will again.

One store just gives them away, one will save boxes for me, one thinks their boxes are are the only ones in town and the others are reasonable with what they charge.  Lots of times I go into a cigar shop and there is nothing there I'm… 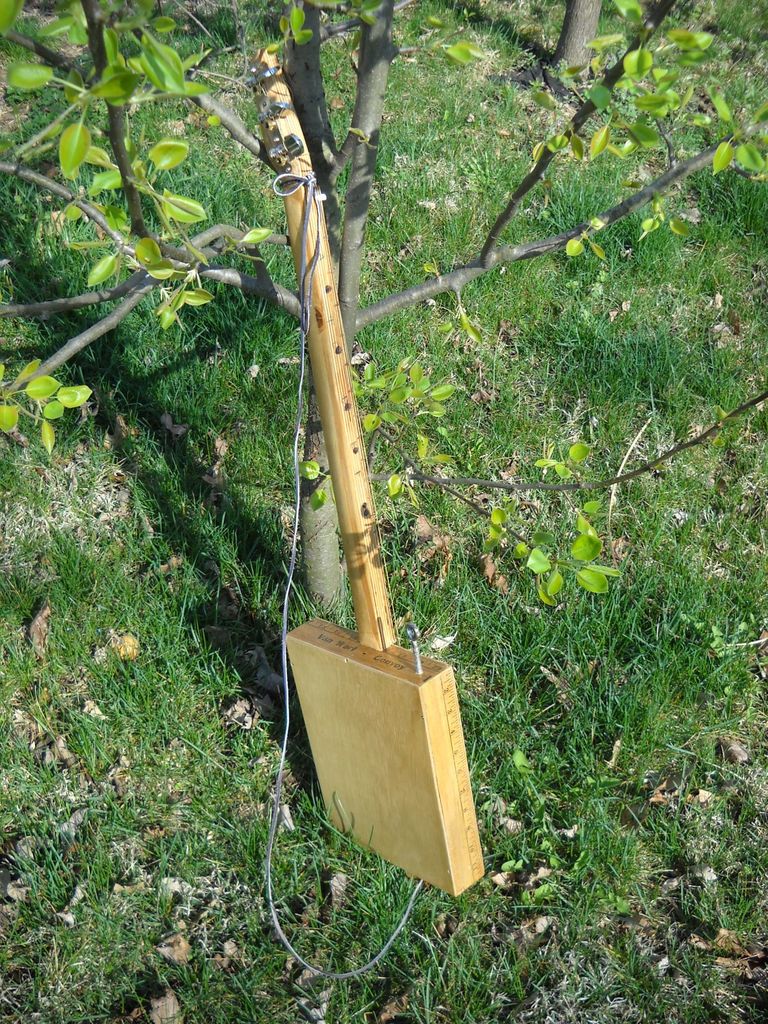 I hate waiting for glue to dry!  Okay, so I jumped in head first on my first build.  I have only screwed up something like, oh, one or two dozen times.  ;)  but I seem to find some way to "fix" it.  lol  I have some machine heads that I am "Making" work and my cutting job is something to be desired.  It is my first one though and I am learning a lot from the small mistakes I have made.  It is turning out though!  I can not wait to string it up...  If I can get the bridge and nut right…

Well, it was going to happen eventually... The more I write and play, the more guitars I would want to include in the show. The problem that I have now is the "dead air" between songs feels like forever.

Since I don't have a guitar tech to run one over to me mid-show like the big dogs have, what can I do on the cheap to make that in-between guitar time really short, or mildly entertaining.

I've had some crazy ideas of duct-taping all my guitars together on a hula hoop, or on a…

every note is perfect - 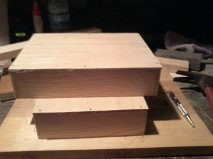 Started building a couple of CBG's for my niece and nefew,I call them the Twins,even though there will be some differances in the two.Both will b traditional three string,with maple tops,as always with my builds,the boxes are hand made as well.… Blues Guitars France is an attypical shop in France 17 rue Duperré Paris 75009 in the well known quarter of Pigalle. we only sell instruments handmade with differents luthier through the world , Indonesia, Usa ...We get our own brand Stlouis..We Make differents  electric guitars, Custom, Relic, Art.. the ART model are paint by a famous French painter named Julius Baltazar

Musicians love to come visit our shop to try out guitars to jam out on!

Handmade Music Factory - Not for the God-fearing

Wow! I've just read a review of Mike Orr's Handmade Music Factory on http://www.southerngospelblog.com/archives/14370, and while it's a positive review, I was amazed to read this paragraph:

" This book has much of value to a Christian homeschooling audience, but would require several edits. Two handmade guitars involving bedpans as resonators are given names playing off of words not used in polite company. Each name is…

Just a place for us Texas boys to talk about music and festivals around the state.Anybody is…See More
45 minutes ago
140 Comments 5 Likes

I vaguely remember mention of this on some youtube video, somewhere, in order to provide a 4-pole…See More
1 hour ago
0 Comments 0 Likes

Want to plug that thing in? Here's a place to share ideas about pickups (Both magnetic and piezo)…See More
1 hour ago
637 Comments 40 Likes

"Thank you so much for this video, Dave. I really needed to hear this today. "
2 hours ago

"Thanks Rev., thanks Bob, thanks AGP. OFF TO FIRE THE KILN LOADED YESTERDAY. Gotta Move !"
5 hours ago