How To Get The Most Out Of My Instructional CD Lessons!

Ideas to unleash the potential of Open Tunings:

1) Watch the whole video through from beginning to end, like a TV show without your guitar. Doing this will help you see the "Big Picture" and you will have a clearer understanding of the approach to playing in open tunings. Mind over Matter. Get the directions first, then walk out the…

Found an excuse to do a second build! Giving this one as a gift to a friend. Decided to build it the same as the first since that one worked out so well so I wanted to make sure that the gift would work out well. The experiments and dodgy craftsmanship I keep for myself. This one is built just about exactly like the first except it's a bit sturdier. With the first one, remove one screw and the whole thing will literally fall apart. This one, the lid is glued to the neck and then secured to the… Continue

All this snow then rain then snow is foiling my plans to go out cigar box hunting, arrggh

Im in NYC and have a box of cigars to sell

Anyone having a hard time finding a CBG Kit?
If you want to build a CBG the fast and easy way contact http://www.Mojocbg.com

land where the blues began (folkstreams.net)

Some cool stuff on here....http://www.folkstreams.net/film,109

Your blog has an entry from Dec. 9, 2009 headed "Laminated Neck - Simple." On one of the two drawings shown, it appears that a word is cut off on the upper left corner. The text reads "degree cut," but I suspect that it should say "xx degree cut." Can you tell me what the missing info is.

I also have another question about gluing the scarf cut illustrated in this drawing. When I use Titebond III, the brand of glue I have at the moment, the two parts of the join slide against one… Continue

I just finished the 'Gutshaker', a bass created from an old silverware box I found at a secondhand store, which is adorned with my handpainted version of Ed Roth's Rat Fink and oldskool pinstriping on the back, my second most favorite hobby after CBGs. To compliment the sound holes and bridge, I helped myself to one of my wife's silver pie/cake servers for a tailstock (I hope she doesn't get too upset). This thing really sounds good, and it is a gutshaker, when amped. …
Continue 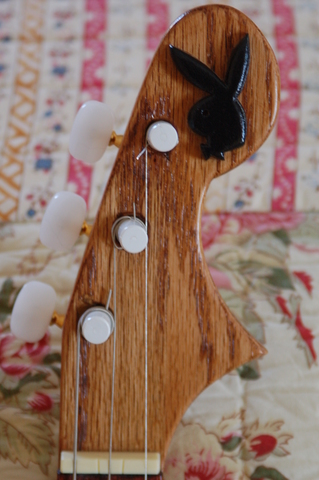 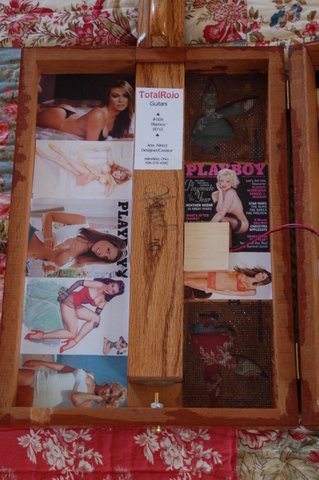 Last week I finished the 'Playboy', a straightforward 3-string CBG with a few embellishments . . . bunny cutouts for soundholes and applications to the headstock and to enclose the output jack. An inverted picture hanger for a tailstock. But, the most fun was the photo collage inside the box.… 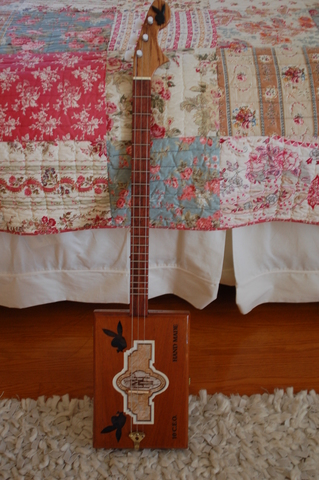 Doubling up on clomid 50mg

The Podcast has a new home!

There is a new episode dedicated to Shane's music 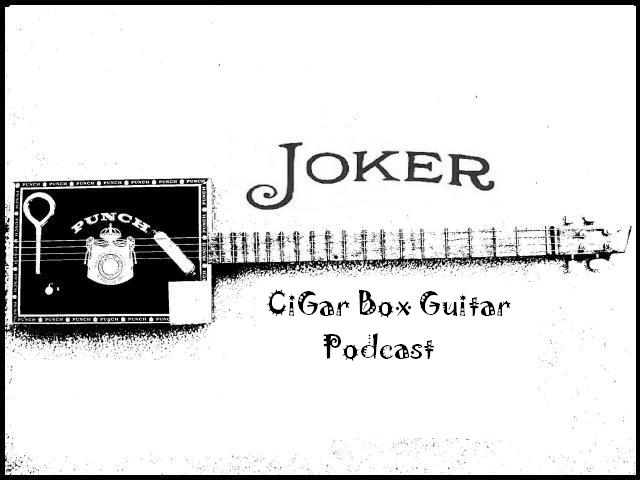 About our upcoming album: FLOOD

Music has the power to transport us: to carry us to mysterious places and explore new worlds.

On Flood, Moreland & Arbuckle's debut release on Telarc International, a
division of Concord Music Group, the rootsy, hard-driving group from
Kansas takes music itself to places it's never been. Featuring mostly
original tunes, Flood presents a dynamic mix of thirteen
acoustic and electric songs, each performed with all the subtlety of a
passing… Continue

Things are looking up

It's been a while since I've been here, I've been busy with my new business. Ted I'll go to the new website and log in. Hey Guy's I just got an email from a music store in Placerville, The owner wants some of my guitars in the store.what a treat!. The State sent an email and asked me to come in and give them another application to teach. Looks like things are looking up.

Check it out!!!! my first build photos are up...let me know what you think (kind words only please.lol)

Check it out!!!! my first build photos are up...let me know what you think (kind words only please.lol) Continue

We just introduce the first short scale travel CBG made in Japan !!

Hi,
Over two years. It's a long way to introduce our first CBG project. We are the team. 3 of us create the CBG,play the CBG,and spread the information about the CBG over here & there. Please enjoy the sound of our little revolution.
Best Regards,
Tj

Thanks to everyone for the encouragement and enthusiastic support for the boxes I've built. I really don't know what I'm doing, but I'm learning from all of you, and it seems like each guitar is a little better than the one before. I've had a lot of hobbies over the years, but without doubt this CBG thing is my favorite. And, thanks to Shane for starting the 'Nation'. I wouldn't have gotten into this without the lead provided by this site.

Hey ya'll Max again. I have yet to make a guitar with a fret board. My next build is going to have one. What is the rhyme and reason for the spacing in between the frets? Thanks!

I've been so busy working on my current 'TotalRojo' guitar that I have not uploaded photos of creations #3; 4; or 5.

The name for my guitars (TotalRojo) originated from a trip my wife and I took to Cancun. We were on the beach and I decided to go to the cabana for towels. The kid asked my name and when I told him it was Allred, he said, "Oh, Mr. Todo Rojo." We had a good laugh, and from then on, I was known to the waiters by that version of my name. For various reasons and uses, I… Continue

A Big Thank You

Thank you everyone who helped me with my first build. I couldn't have done it without yall. You took up your time to explain things, took pics, and answered my questions. I can't remember who all helped me. Thank you very much. Thank you for being patient with me. Go to my page and check it out. I named my first build, Sweetheart. Thanks again. Dianne/Georgia

I found that you can cut a bottle neck with a diamond hacksaw blade The cutting is slow and could be done with a dremel cut off wheal much faster. I heard a tile saw might work to.

"That mutt peed on my tulips."
3 minutes ago

"Thanks I owe it all to Dave's electric dog!"
5 minutes ago

"Very clean and nice."
29 minutes ago

"Cooking with POWER, John."
30 minutes ago

"Shuffling off on a south bound.  Cannot blame you a bit.  That is bluesy good."
31 minutes ago

"Scaring me"
33 minutes ago

"Thanks, Bob.  All aboard -just ask and your ticket is ready."
35 minutes ago

"Hoodoo this spell on me?"
41 minutes ago