It's been a couple of years since I built my own tambourine-based banjolele.

Since then I've fended off several requests to build copies for others, but I few weeks ago I caved in and took on two commissions from uke club members.

I thought I'd show a few pics of the parallel builds, if that's OK with you guys!

The first pic shows the finished instruments, all ready for delivery.  They're tenor-size banjoleles - with a 17" scale length, both tuned to standard uke tuning - GCEA.

The finished items are bright, punchy and bloody loud! Amazon sourced these 8" tambourines for around £10 each.  The beech wood baulks for the necks came from the local woodyard. The neck blanks were band-sawn to side profile, tapered with a jack plane, and then attacked with a belt sander to rough shape the backs of the necks. 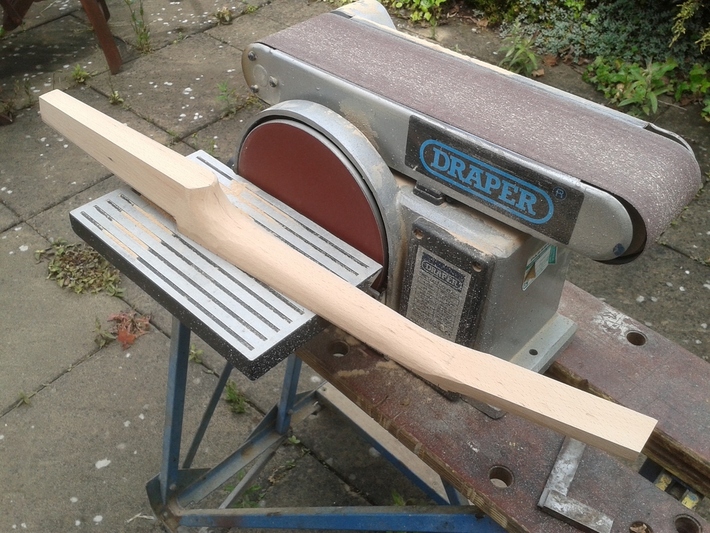 The tapered necks had 'ears' added to give the heads some width.  These ears also strengthen the grain of the angled head.  The fret slots were cut previously with a fine-toothed pull saw. 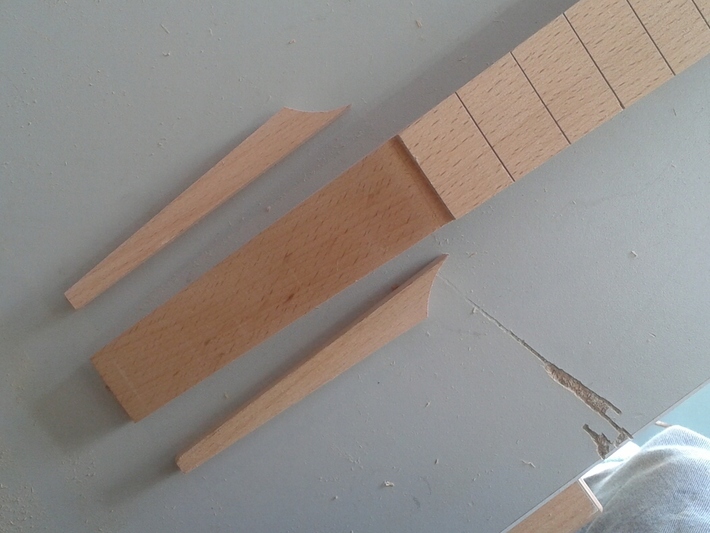 My original (and much used) prototype is at the back of this shot.

The stripped out tambourines are holed to fit the through-necks snugly.

The neck's fret markers are my usual short lengths of white plastic tubing - simply glued into holes, and sanded flush. 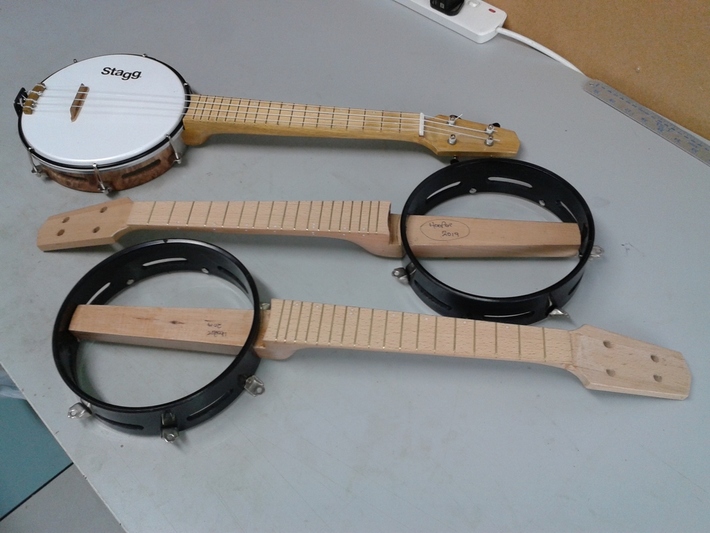 Last shots shows the front and back of the head stocks.

The necks are hand finished in three coats of satin lacquer (WBPU) Ebay supplied all the bought hardware for a few quid.  Aquila strings brought the price for each instrument up to around £35 in parts alone.

Not shown are the custom made, padded gig bags that my wife made in her sewing room! 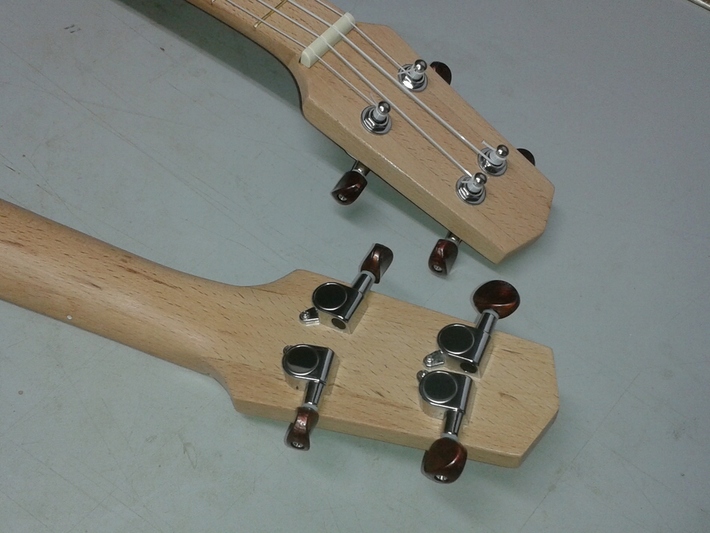 beautiful.. now i want one..another project added to the list..

FWIW, my hard working prototype earned its keep this weekend at the Shrewsbury Ukulele Festival, where I was fronting our local club.

My friend, Andy, got this 'candid' portrait! 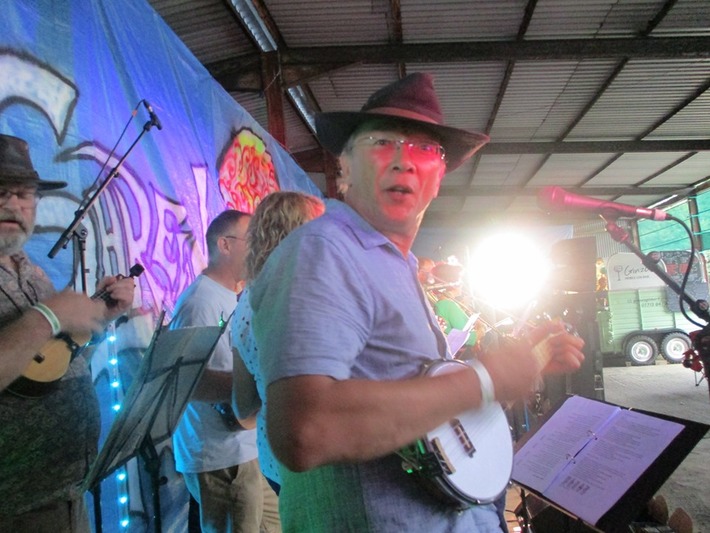 Nice work, Tim.  They're a clean design and very neatly done - the tailpiece is an ingenious way to retain the traditional tied-on strings of the uke.  Great idea.  I mught just have to make one of them :-)

Started by Mellowmuso87 in Performances, How to Play, Lessons, Concerts. Last reply by Taffy Evans 16 hours ago. 11 Replies 0 Likes

Started by Fergus Lester in Performances, How to Play, Lessons, Concerts. Last reply by Paul Craig 17 hours ago. 12 Replies 0 Likes

Here is a cover of The Hardest Button to Button originally recorded by The White Strips. I played this one entirely on homemade instruments. All instruments ...
31 minutes ago
0 Comments 0 Likes

"I listened again John. I love the acoustic sound. And your candid talk over. Nice horse too."
40 minutes ago

"Excellent slide blues Gary ! Love the snap shot cover too. The road to Callyfest?"
48 minutes ago

"Thanks for the smile Pick. Are you going out to fest incognito? Or will we actually virtually see…"
54 minutes ago

"Thanks Derek. Are you meeting Unc for the ride out to Callyfest? "
57 minutes ago