Looking for CBG’s at DIGF

This past weekend was the annual Dallas International Guitar Festival (DIGF). The 3-day event is the largest guitar show in the United States. It attracts attendees from all over the US as well as abroad. It spans many types of instruments, genres, and styles. In addition to dozens of booths selling guitars and gear, there are live performances on 3 different stages throughout the event. It’s somewhat of a paradise for guitar players. 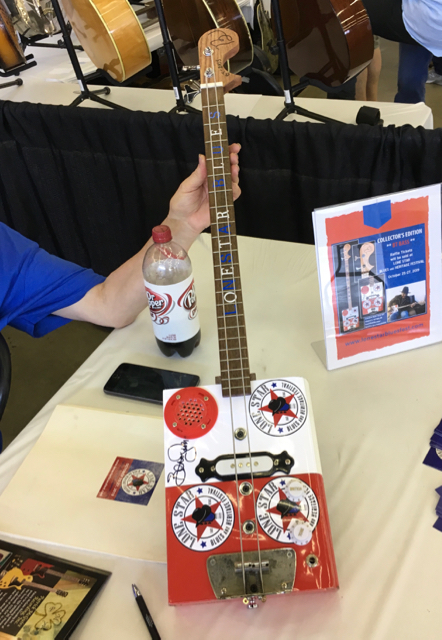 Since I live in Dallas, I try to visit the DIGF every year. At previous shows, I’d seen a few vendors selling cigar box guitars. Despite the fact that I just took up the hobby in the last year, I always liked looking at the CBGs and respected the art form. This year, I walked in expecting to meet a few CBG makers and talk a little shop. Alas, there was not a single one in attendance. 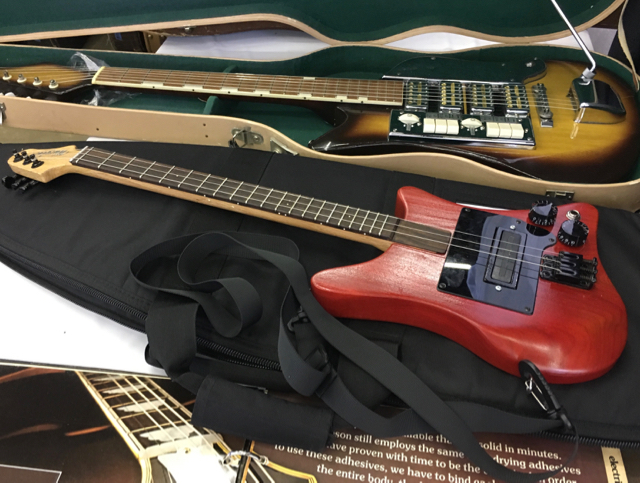 Despite the fact the there were no CBG vendors; I did manage to find a 2-string cigar box bass. It was a commemorative item on display at the Lone Star Blues Festival booth. I ended up talking to those guys for a while before I sauntered on down the aisle to find a 3-string solid-body instrument that was basically an electric CBG. It was made from several parts I recognized and the workmanship was fantastic. What a cool little creation. 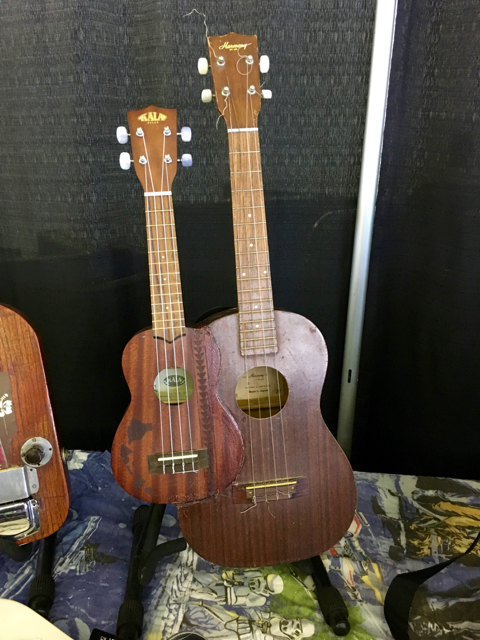 I didn’t find any other CBGs per se, but I certainly found some folks who would fit in with the CBN community. For instance, there was a builder who took 2 ukuleles and made them into a one-of-a-kind double-neck instrument. I’m not sure how he did it, but he managed to make them fit together perfectly. Perhaps the most fun thing I found was Mucho guitars' custom-made briefcase lap steel. It was very unique. I talked to the builder and he took the time to show me how he did it. 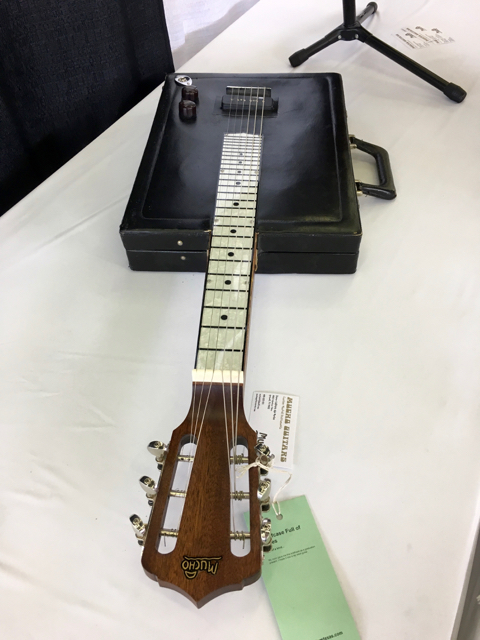 Now don’t get me wrong. I like to look at rare Les Pauls, pre-war jazz boxes, cowboy acoustics, and vintage Telecasters as much as the next guy. I love guitars of all shapes and sizes and I really look forward to DIGF every year. However, since I took up this hobby, I’ve found myself ignoring my traditional guitars more and more to focus on homemade instruments. I guess there’s just something magical about an guitar made in the garage from mismatched parts. It speaks to me in more than one way.

This blog post was featured on episode 86 of The Gitty Gang Show. I'm honored.

Ha ha. Thanks for checking it out BeetleJuice!

now snatch this fly from my hand...with your chopsticks

Started by Mellowmuso87 in Performances, How to Play, Lessons, Concerts. Last reply by Jeff 'Bones' Reilly 1 hour ago. 5 Replies 0 Likes

Started by Jack Brady in Feature Articles. Last reply by Ray Stanis 5 hours ago. 11 Replies 1 Like

Started by Silent Jim in Fests and Concerts: Organizing and Promoting. Last reply by Richard Sundberg 12 hours ago. 11 Replies 4 Likes

"Sort of a "FrankenChicken" vibe going on there! Love it!"
35 minutes ago

Building up the color

Jeff 'Bones' Reilly replied to Mellowmuso87's discussion Resources for Australian cigar Box guitar builders!
"Gday Cobba I’m in Hobart welcome to the Nation . If your lucky you can still get old cigar…"
1 hour ago

Taffy Evans replied to Mellowmuso87's discussion Resources for Australian cigar Box guitar builders!
"Hi and welcome, I'm in North Queensland so I buy from Melbourne, Sydney and Brisbane, and from…"
2 hours ago

François replied to James Pobog's discussion The more I use piezos...
"Piezos don't come in many flavors or quality. Disk or linear, big or small, and that's…"
2 hours ago

"Very nice Dave those wicked buckers are the best so glad I use them as well . "
3 hours ago