Where are all the cigar box banjos?

As I was compiling the Cigar Box Nation newsletter this week, I noticed that the gas can banjo above by OneSixTwoCBGs was the top photo of the week.  It's a beauty and sports the traditional 5 string banjo neck.

Then I discovered Marvin Walker's cigar box banjo video (another top pick of the week)...and I asked myself, Where are all the cigar box banjos in this movement? Some history:  The earliest set of cigar box instrument plans were by Daniel Carter Beard, the founder of The Boy Scouts.  These plans were part of a magazine article, "Christmas with Uncle Enos" and were first published in the 1880's.

These plans were for a traditional fretless 5-string banjo based on an instrument built by Beard's family slave, Uncle Enos.

There are many examples of turn-of-the-Century cigar box banjos collected in the book, Musical Instruments of the Southern Appalachian Mountains as well. History is spotted with these instruments.  So why aren't they more prominant?

Today's Cigar Box Guitar Movement and beyond:  The modern cigar box guitar movement started with predominantly blues-oriented performers and fans.  This lead to a proliferation of slide-style cigar box guitars and a definite blues-leaning sound.  It's understandable why there weren't many five string banjo necks attached to the cigar box instruments coming out in the first ten years.

However, we are starting to see the bluegrass and old time music guys catching on to the almighty cigar box.  Acts such as Spence's Rye are using traditional banjo clawhammer techniques in their playing.

It's only time until we see a wider audience with cigar box guitars in the banjo crowd.

So...who out there is making and playing five-string cigar box banjos???

Comment by Jamie MacBlues on September 5, 2015 at 12:57pm
Just watched video, Anthony.Nice instrument and interesting story. Realise when see you frail that ah should do more work on my own technique ( LOTS more work! Lol)

Comment by Jamie MacBlues on September 5, 2015 at 12:46pm
Good to hear from you, Anthony.Yep, still pickin on banjo you built. Great wee instrument :)

Cheers for the heads up on this one Jamie, hope your banjo is still sounding sweet.

I'll have to check out my five string brethren's stuff.  I've not made a banjo in a while.  hmmmmm.... got me thinking now.  Got some of that raw hide I made left over from this build, as if it was three years ago!

A lot of me talking, but there's some banjo at the end.

Shoot, I totally neglected to put up a link to some of my previous banjo material.  Plenty of sounds, folks.  Go have a listen, and hear some banjo at:  Spence's Rye downloads 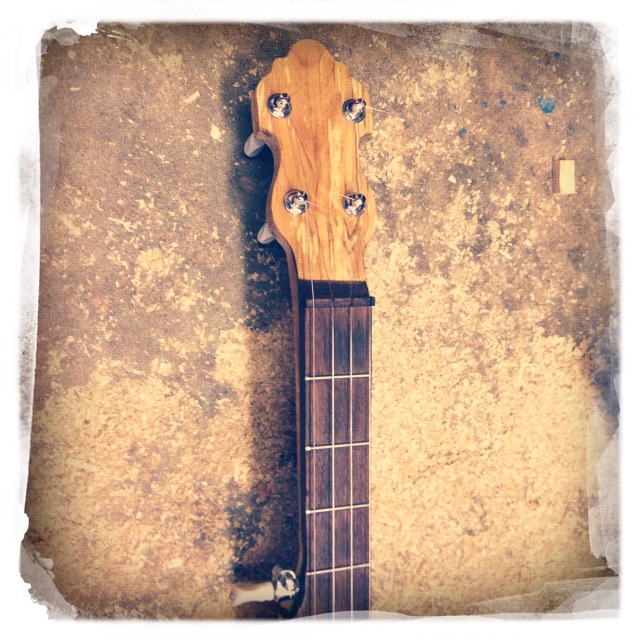 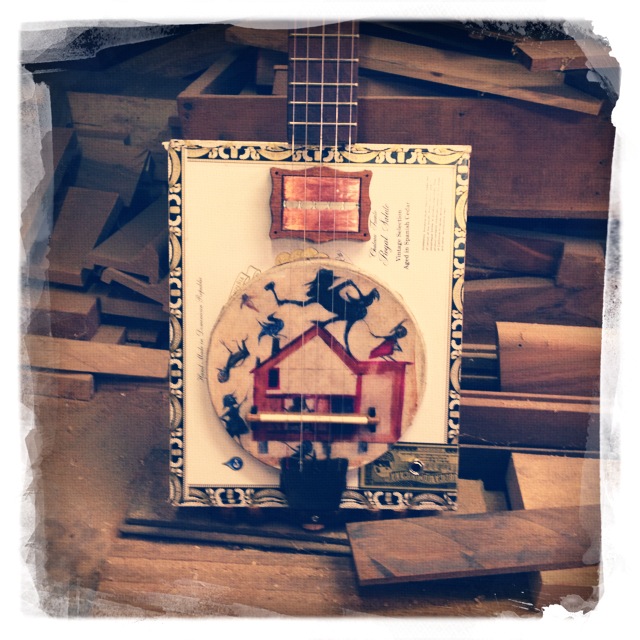 Heres a cigar box inspired banjo i made a few years ago.

Bear, listened to more songs, only last few on album to listen to. The songs are soooo  melodic, and the  small , short, modulations here and there ,( from major to minor) , in a few songs,  are surprising when they appear. The tunes are beautiful, not usual banjo hee haaa , lol. Thanks again

Glad you finally got through to CDBaby, Jamie, and really glad you're liking the tunes! Most of 'em are original; only three aren't, but they're not traditional banjo tunes anyway (Hymnal; The Water Is Wide; I Heard the Voice of Jesus Say).

(BTW, Marvin makes regular round, bluegrass-style banjos, is famous for his "mini" banjos, makes the hardware, resonators, etc. by hand, and they're even more spectacular than his CBB builds, if you can believe that!)

Bear, ma man, that is some nice playing and tunes. Finally CD Baby back to normal re site maintenance.  Only listened a few tracks so far, as liked ones I played so much I played em again a few times. Will listen to rest later tonight or tomorrow.  Got to ask, did you write many of these? I've heard usual banjo toons , Old Joe Clark etc etc, but not heard ones I listened to before, or recognise titles of many of the others? Thanks for download, neat :)

Just my luck, , Bear. I  go to CD Baby to download banjo album , and the site is down for maintenance. Gonna be one of them days, methinks lol. Will try later :)

Martin replied to Martin's discussion Drawings or pictures on the box in the group Building a Cigar Box Guitar 101
"Hi guys, I found this  and I will try it on the box. It is called a transfermarker. I…"
2 hours ago

"A fitting tribute like only you can do Kale! Dave’s memory lives on."
15 hours ago

"Thank you very much Buggsy! This is one of my favorites with Dave. We were talking about doing…"
15 hours ago