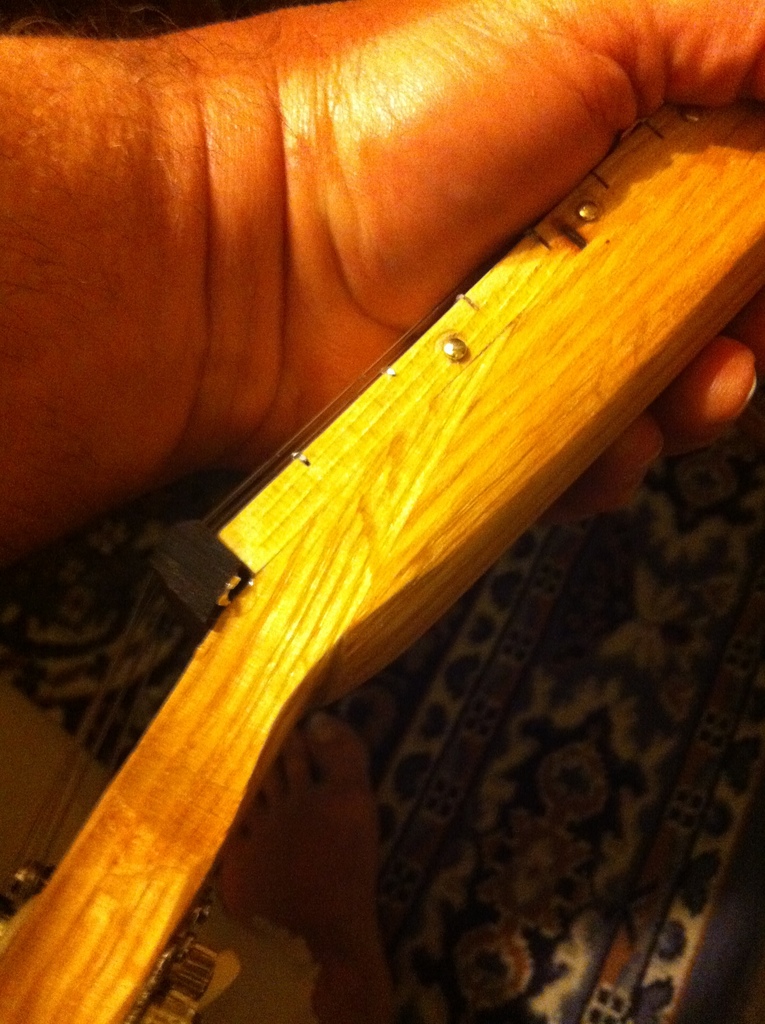 You can easily cut a Scarf Joint, for your guitar necks, using a Radial Arm saw! The 1st step is, set your saw arm to cut at desired angle! ( usually 13-15 degs) next: using a straight piece of hardwood, set up a fence, 90 square to table fence, and at leading edge of saw blade path.…

Body: Black Limba with an aluminum resonator cone/cover with dual sound holes (they aren't speakers).
Neck: Walnut with a mahogany stabilizer
Fret board: Exotic New Guinean Ebony. This was the most expensive piece of the build @ $55.
Head Stock: Hand carved from a Mahogany, Ebony and Walnut blend.
Electronics: Single-coil, low-profile pickup at the neck, a piezo pickup inside the body with an alpha control knob to blend the two pickups and a tone knob for the final…

Every December the past few years, my band has played in Palo Pinto TX, about 70 mi west of Ft Worth.  It's county seat for the county of same name even though it's unincorporated.   But it has quite a history as you can see from this small sample here.   J. Tom Butler must have been some musician.  This "cello" he built from scrap wood and what seems to be bailing wire (or piano strings) is a gem of Americana folk art and cigar box greatness.  The bridge is…

Found an old mid to late 40's tube am radio & phonograph console at a local flea market this past spring. It was in sad shape. Decades of dust and furniture polish dulled the wood finish. The amp receiver chassis was filthy. The tubes/valves were covered in dust and old tape, the individual tube numbers written on them. One of the 4 wooden knobs had split in half.

Finished it over the weekend.

That's merry Christmas to you and yours.

Another few hours with my friend and teacher g pa Tom.we finished the lap steel guitar I built. With his help of course.. what a great time I had. We ran into a problem with the string tree and tried different types of materials,when an old piece of scrap wood came to the rescue.Thanks to the quick thinking of my friend we had that puppy finished and playing.So many thanks to you ancEstry Chfristmas to you and yours 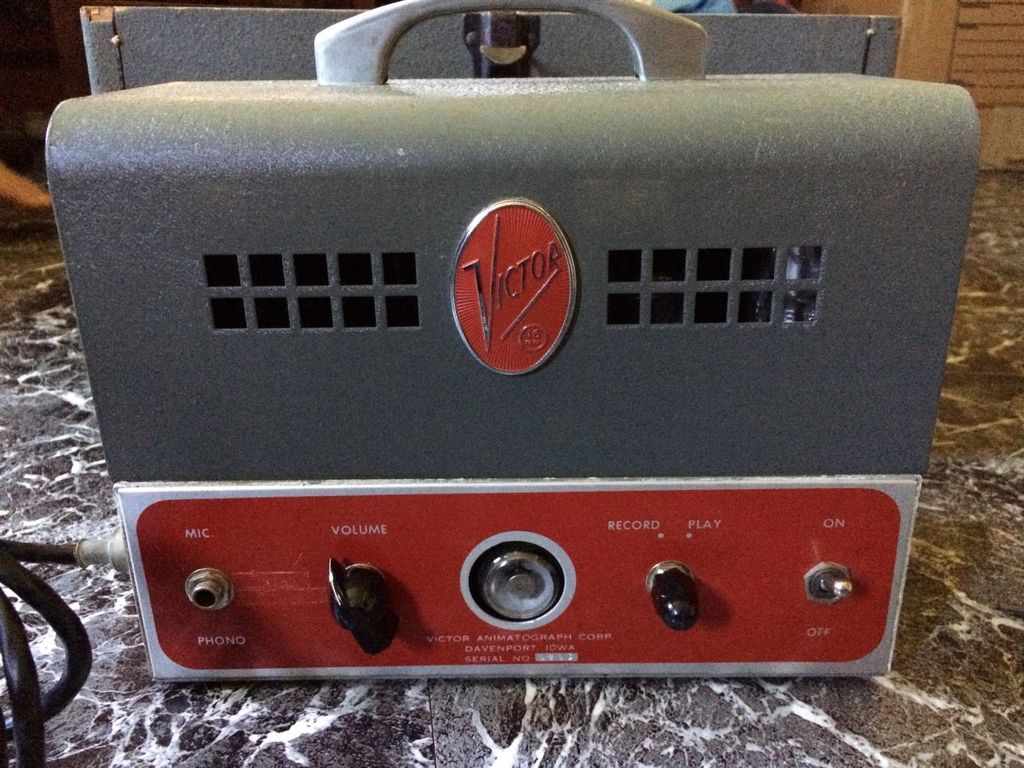 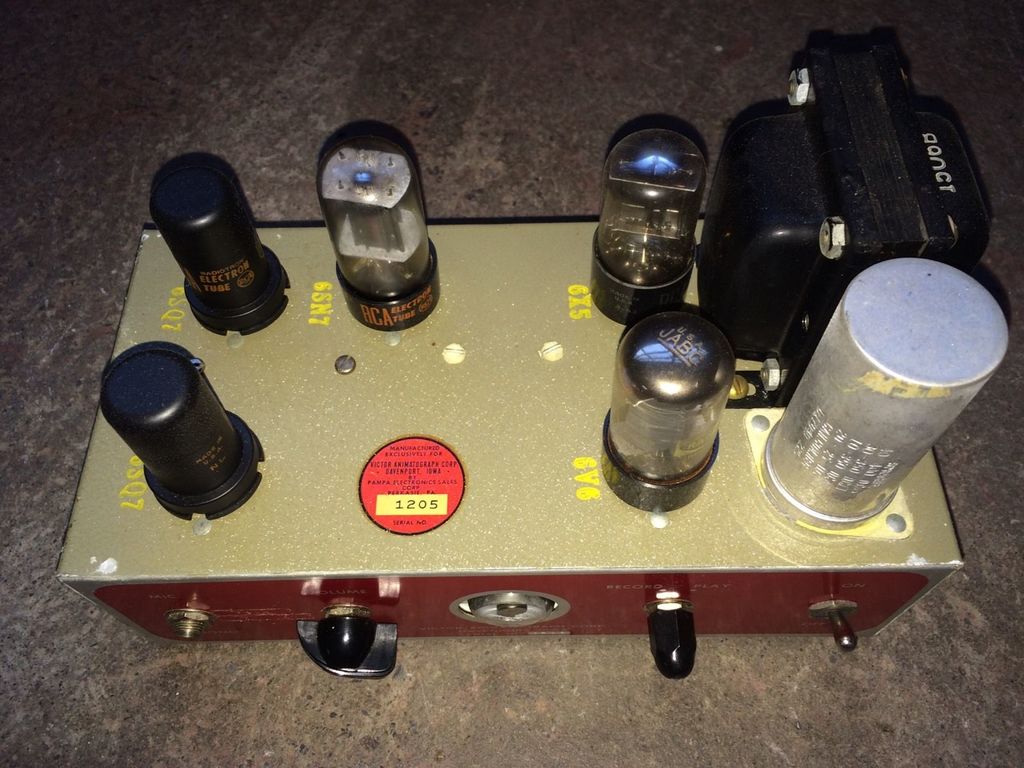 I discovered this beautiful vintage amplifier online recently...for $50. It came in a carry case with a power cord and a unique accessory that looks like a transducer microphone of some sort for recording.…

Series of recordings/screen casts on Riley's washtub guitar, then my washtub bass, then my walking stick banjo. Apologies for my playing, singing, and the video/sound quality. Just a funny idea I had.

And I have no shame so I'm gonna share

hi everyone, just joined. my question is, im thinking about getting one and starting out on a 3 string and then maybe later go to 4 string. so would it work if i bought a 4 string but take one string off until i think im ready to go to 4?

Pick your own CBG art For Your Bluesboy Jag CBG! 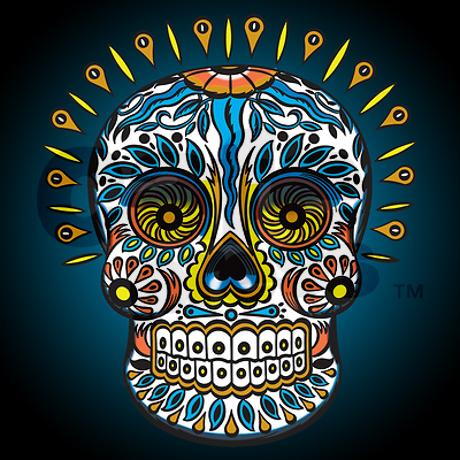 I have 17 various shots of this skull available for you CBG as well as many vintage cigar box covers. Check out my web site:

""Thanks Jerry, Poorness, Bob, and Dave, there are more Slides, but this is the pick of the…"
3 minutes ago

Looking for some idea/device to help with barre chords. Got old, painful hands.Seen a couple, on…See More
51 minutes ago
0 Comments 0 Likes

"Plywood, thickness 5 mm the lid and backside, 10 mm the side walls."
56 minutes ago