Shane Speal had a great suggestion this week - build a guitar for Black Friday!  I was in the process of building a 2x4 lapsteel (based on the design Shane has shared here on Cigar Box Nation) so I made it my goal to finish up by today - Black Friday.

The design was very similar to the original Shane posted.  Nothing fancy, but they sound surprisingly good.  I've built two prior to this one.

I was initially going to use a Teisco Dey Rey surface mount pickup from C.B. Gitty, but… 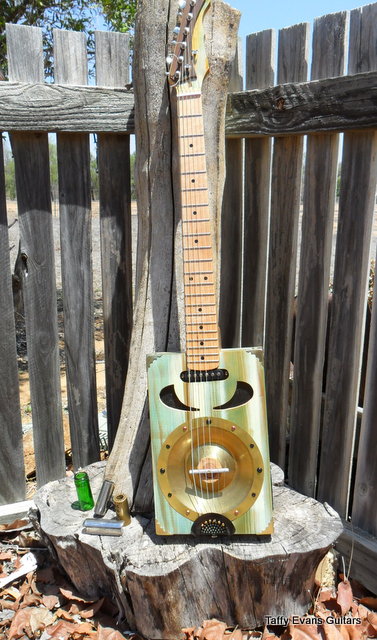 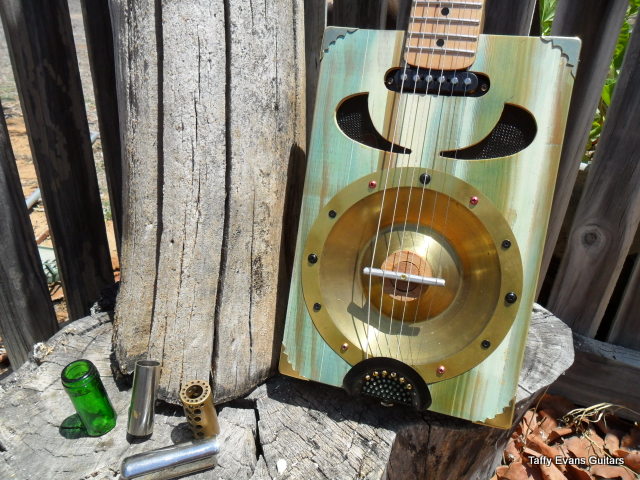 Hi All, I just strung this CBG up and had a bit of time to spare so I thought I would post it. I still have to do some setting up and mods,…

Pickin one note at a time.

Don't really play anything (yet), but saw a video of a CBG and have started making one.

In the mean time I have tuned a Ukulele to the open G (GDgB) and picked out the Chorus to Casey Jones (Grateful Dead).

Help out and give us the rest or the full Tab for it if you'd like.

The .PDF says for 3 string but it would be the same when only…

I'm building a 2x4 lapsteel this week and I wanted to use a C.B. Gitty Teisco Del Rey pickup on it. 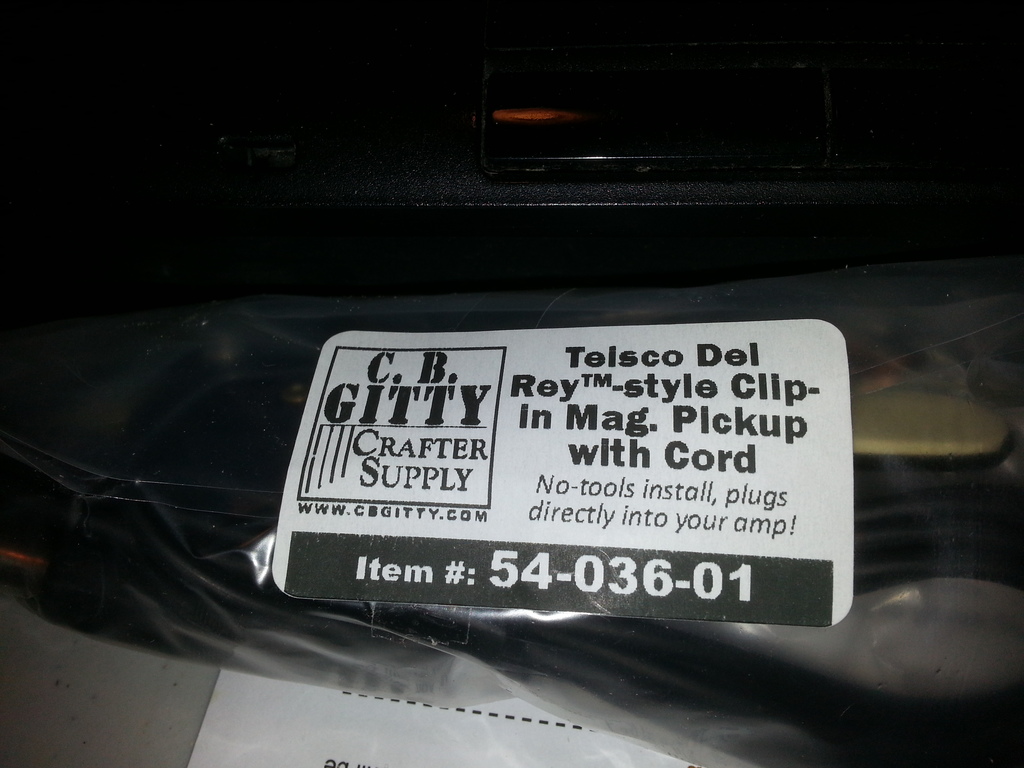 Shane Speal has given these pickups a good review and the way they are made gives a lot of different mounting possibilities with the "wings". Install a CORTADO Balanced Output Piezo Pickup in a Banjolele

We recently posted this Instructable describing how to install a Cortado balanced-out pickup in a banjolele. This pickup runs into a little circuit that balances the signal and matches the impedance to a mixing console -- similar to a preamp or active DI. The instrument plugs…

After a few varied builds - lunchbox, Christmas tin and even a few cigar boxes, I decided to build my 'player'. Truth is I kind of felt like these builds were all experiments and it was time to get serious-ish. 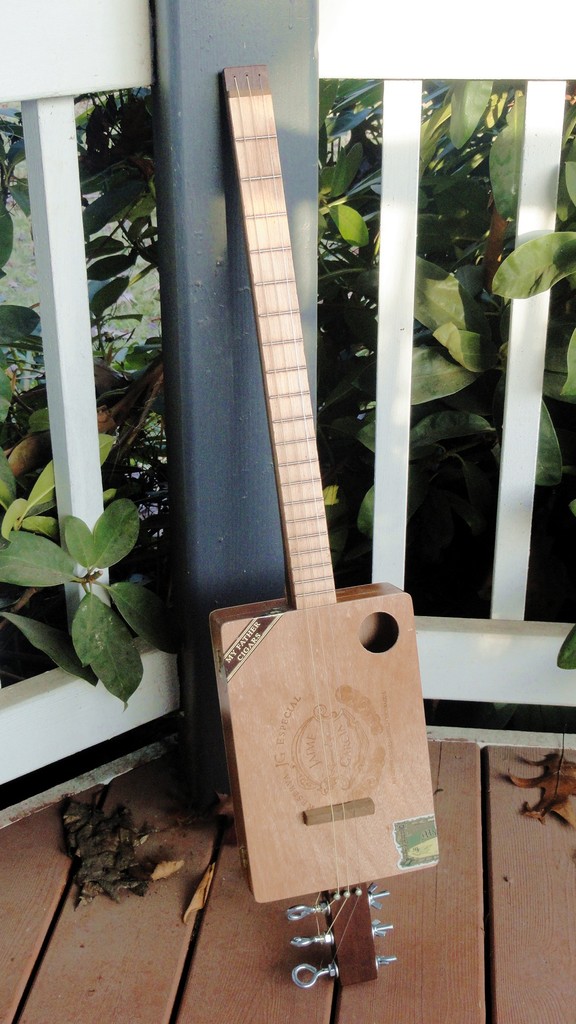 Enter Jaime Garcia. This 'My Father Cigar' box is beautiful, simple and well constructed. Thin top and bottom. Although they are plywood, the tap tone…

Started work on kitty bowl three string and have seen the common screw around rim to soundboard mount.  It appears to be most accepted method but somewhere (at Nation?) read someone`s directive not to attach directly but to float reso with washers between wood and steel rim. Would it matter?

I recently finished a special order for a CBG with very specific details requested.

This is the outcome:… 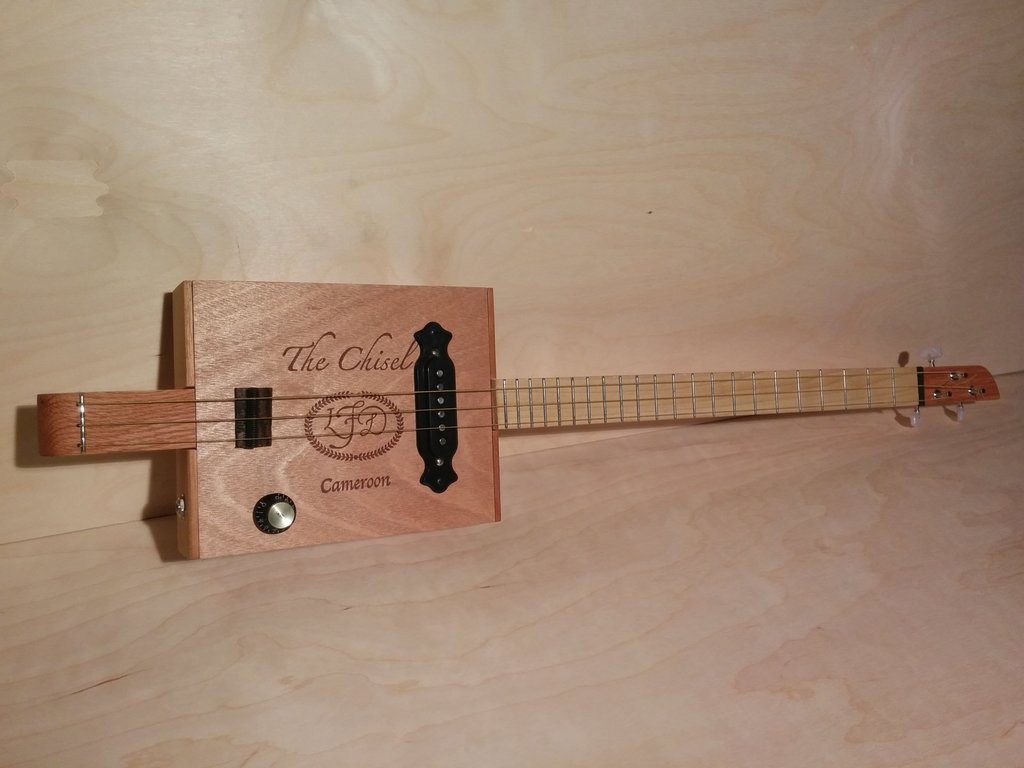 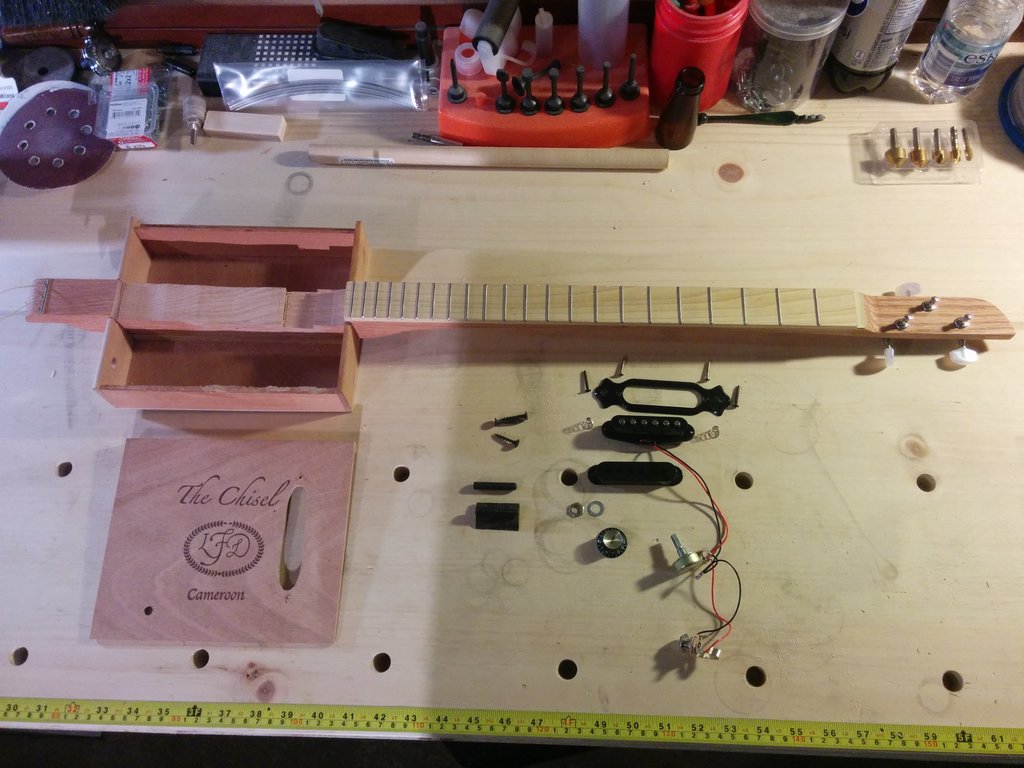 I used an old 100 years old Benson and Hedges cigar box guitar for this one (I had it authenticated).

The neck is maple, with a second layer of maple for the finger board.

All the hardware and frets is golden, and it boast a piezzo pick-up under the bridge.

I weaved 3 triple strands of burlap to keep it looking period correct. 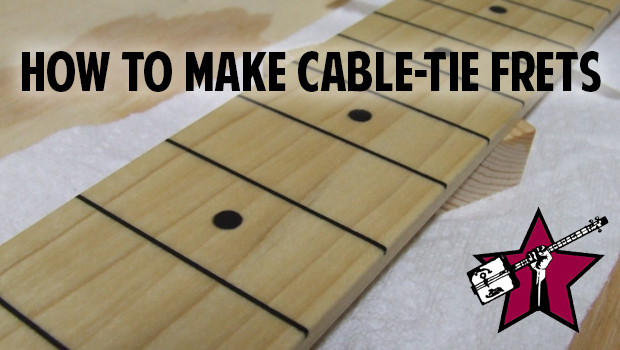 I was looking for a way to mark out the frets on a lap steel I'm building and thought this might be of some use to others building any type of fretless guitar.

After marking out and cutting the slots like I would do if using fret wire, I used a hacksaw to widen the slots out to hold a 4" plastic cable…

On the latest build I completed, I needed a bridge that would give me two things; low action and a good place to get a ground for the strings because I had built this guitar with an internal P90 pickup.

Walking down the electrical aisle in my local big box store I spied these terminal lugs.  I turned them this way and that way and figured out a way I could fashion a bridge from them.… 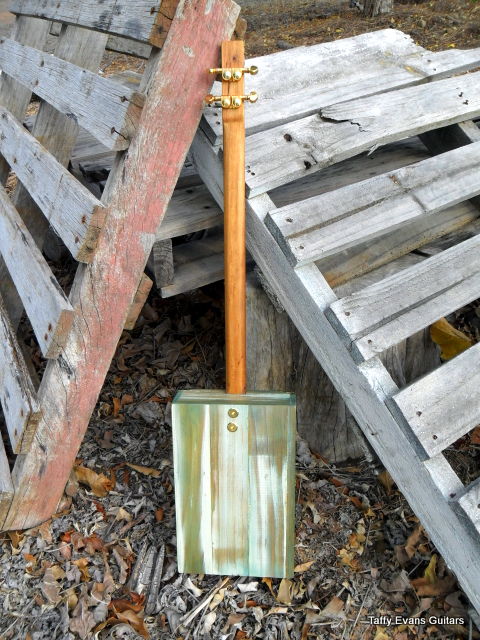 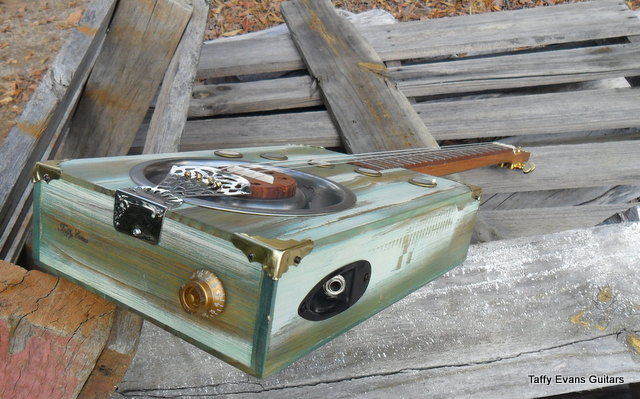 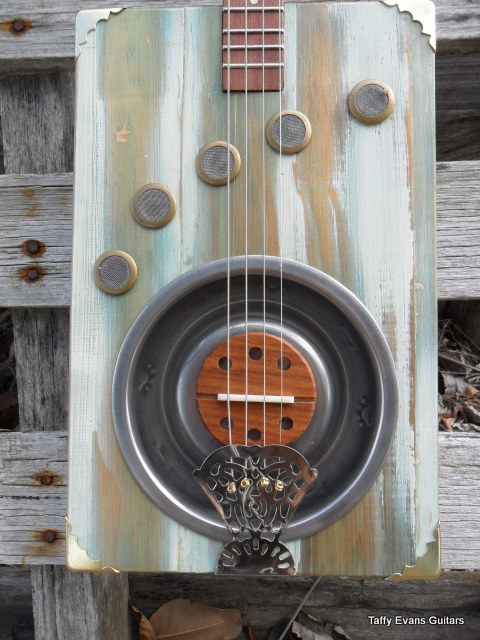 Zeppelin Design Labs has released the Cortado piezo contact pickup. What makes this pickup unusual is that we run the signal through a buffering / balancing circuit, which matches the high impedance from the piezo to the low impedance required by a recorder or mixing console. The Cortado has a XLR male jack for output. You can plug your CBG straight into a mic cable and direct to front-of-house. This pickup delivers a spectacular signal-to-noise, and a flat response across a wide frequency… 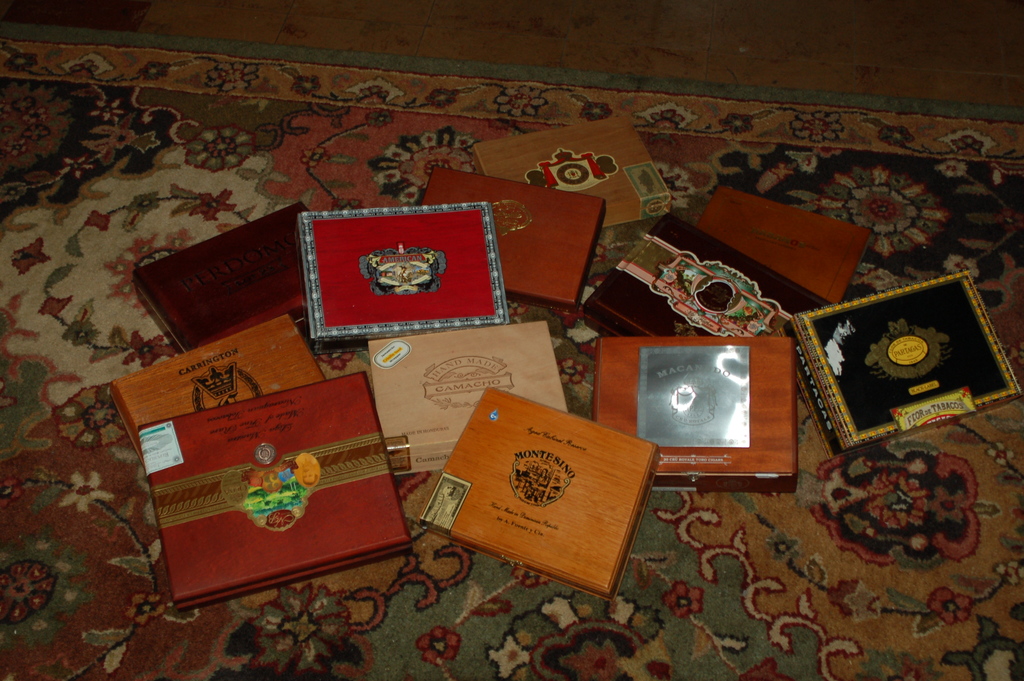 Earlier this week I posted a problem I was having with my guitars.  No matter what pickups I used, I always got an annoying buzz and needed to sort it out.  I've only been at this about 3 months and suffer from the Newbie Blues, making obvious mistakes and a little timid to ask for help.

I received over 70 replies between my post and messenger.  EVERY SINGLE ONE of them were supportive and helpful.  I probably learned more about guitar electronic basics in one day than 15 years…

I attempted to build a CBG and adding a pickup for some sound but I had some snags. Cutting into the neck to install a pickup just seems to take a lot of strength out of the neck and even though it is probably fine for a 3 string I am having issues getting the height right. Does anybody reccomend a thinner pickup that works well or a good design for the neck cut? Thanks

hey everybody, If you ever get into Barnes and Noble look in the gifts section. I don't know if all the stores have them ,but here in Rockford Ill. they have a short scale "Cigar Box" guitar for $30 bucks. It's got every thing in the package. I didn't buy one ,but I just wonder if They are any good. They look cool. I might have to break down and get one just for kicks.  Cheeper for what I can make a nice one for.  Just thought I'd let y'all know.  Shalom!!

"Very clean and nice."
16 minutes ago

"Cooking with POWER, John."
17 minutes ago

"Shuffling off on a south bound.  Cannot blame you a bit.  That is bluesy good."
18 minutes ago

"Scaring me"
20 minutes ago

"Thanks, Bob.  All aboard -just ask and your ticket is ready."
22 minutes ago

"Hoodoo this spell on me?"
28 minutes ago

"Talent is the ability to play almost anything...you own it!"
31 minutes ago