Even though I have only made 2 CBGs so far, I am somehow bolstered enough to want to try the electric version.  Is there anything I need to know that I might be overlooking?  I mean...it seems pretty simple to me, so I pretty much figure I'm leaving something out, lol.  Anyone that wants to chime in with advice or let me in on any mistakes I can avoid, your experience is MOST welcome!

The first ever chicago cigar box festival is coming on november 10! get details here http://rootsriot.com/Chicago_CBG_Fest.html

I am working on CGG #1.  The neck is almost ready to go and the box has its notches cut.  It may be able to make music by the end of the week.  I am getting excited.

Got featured on the Duckworks website with my Uke'n'paddle

My article on how to make a uke'n'paddle got front page treatment on Duckworks boating magazine.

link to artical on Uke'n' paddle

I have no musical training or ability, but the thought is interesting and maybe possible via the cigar box guitar.

About the 3 String Rural Primative Banjo

A standard 5 string banjo is often tuned to Open G (gDgbd). Disregarding the high drone g string, using a 4 string CBG, I usually use Dgbd tuning (CD 5). This is also the highest strings of the full 6 string tuning on guitar for Open G - DGDgbd (CD 2).…

Well, here it is. There wasn't much more to do after part 2, just string it up and close up the box with screws. I did make a higher nut to raise the strings a bit and get them parallel to the neck. I had planned to build an amp with one of CB Gitty's kits, but it sounds so good acoustic, I'm going to put that off for another day.… 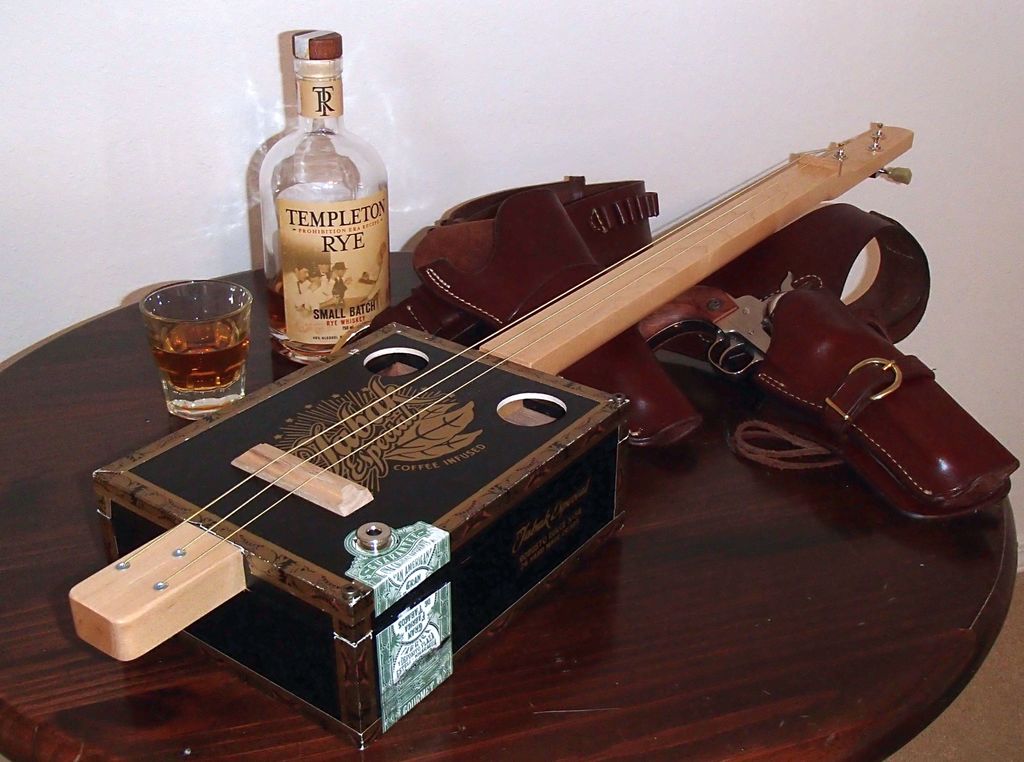 I have an old electric guitar

I want to make a strumstick out of my old electric guitar. How do I go about doing that

Well, I've had some problems. I ruined my first neck, rounding over the wrong edge. I started again, this time with maple. It's pretty much the same design. I got all the shaping done and hit it with a couple of coats of rattlecan lacquer. It's not apparent here, but the maple just looks fantastic when the lacquer hits it. 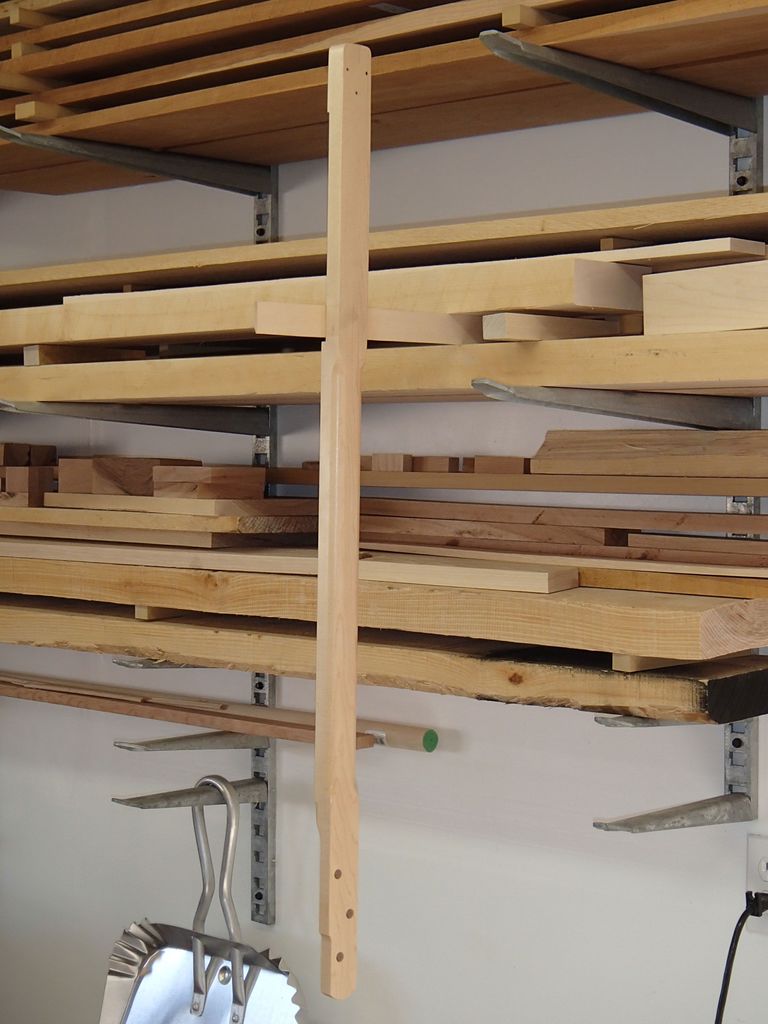 I recently was with a group with the State of TN starting a new initiative. After a week long series of training was over we were to make an Action Plan for our District.

Right off the bat someone in my group shouted "I'm really interested in  [such and such]. I thought "really, that is a project, not a process; it has nothing to do with an Action Plan". A plan was to help state agencies work together to prepare clients to be received by non-profit orginizations so they could finalize…

Must be living right or something...Karma?

Don't know if it's just me, or some kind of twist in the cosmic fabric. I built my first instrument, a Cookie Tin Guitar back in March of this year and have since finished eight more. Four canjos, built for the fun of building them, (two of them ended up being given away as birthday presents starting a fun tradition) and four CBGs, (two wood boxes and two paper boxes) because I love the sounds they make and each box…

Many builders are new to music, so here are some thoughts about what makes an instrument function better from a musical perspective.
Number of Strings and Tuning
There are endless possibilities to…
Continue

Looky what we have here...

While another woodworking project had been occupying my bench, I began to learn more about what not to do than anything else.  I decide to ask around at some local hobby shops for some advice and came up pretty much empty.  What I DID find yesterday was an amazing new shop in town that is for nothing BUT woodworking!  Holy snappin' crap, what I never knew! LOL.  I spent at least 2 hours in there talking to the attendants and discussing all things…

I recently started making CBGs just to see if I could---I'm kinda crafty, kinda handy, love music/old timey stuff. I keep making them because it satisfies a creative itch my usual creative-world job doesn't. Why do you?

Many builders are new to music, so here are some thoughts about what makes an instrument function better from a musical perspective.
String Height: The distance the strings run above the fingerboard is called string "Action".…
Continue

The following song is in ABC music format and it should be cut and pasted into an ABC converter program like the "abcConverter" on Mandolintab.net. Once you submit your ABC file, the converter will produce a quick and dirty image of your musical score which is then displayed on screen. Above the music, in the center of the screen, you should be able to see these three links:…

So I found an incredible piece of flamed maple...I can't decide whether to slice it up for fingerboard veneer or make a couple complete necks out of it.  I'm really having touble with the decision, lol.  I konw what box /boxes I'm going to apply it to though and they look amazing in my mind's eye...here's to hoping they live up to their potential!

Many builders are new to music, so here are some thoughts about what makes an instrument function better from a musical perspective.
1. Scale Length: This is the string distance from nut to bridge. The longer the scale the…
Continue

Started by Tim W in Performances, How to Play, Lessons, Concerts. Last reply by Timothy Hunter 6 hours ago. 3 Replies 0 Likes

Started by Tim Ahlberg in Performances, How to Play, Lessons, Concerts. Last reply by the anonymous pick 14 hours ago. 4 Replies 0 Likes

Looking for some idea/device to help with barre chords. Got old, painful hands.Seen a couple, on…See More
26 minutes ago
0 Comments 0 Likes

"Plywood, thickness 5 mm the lid and backside, 10 mm the side walls."
32 minutes ago