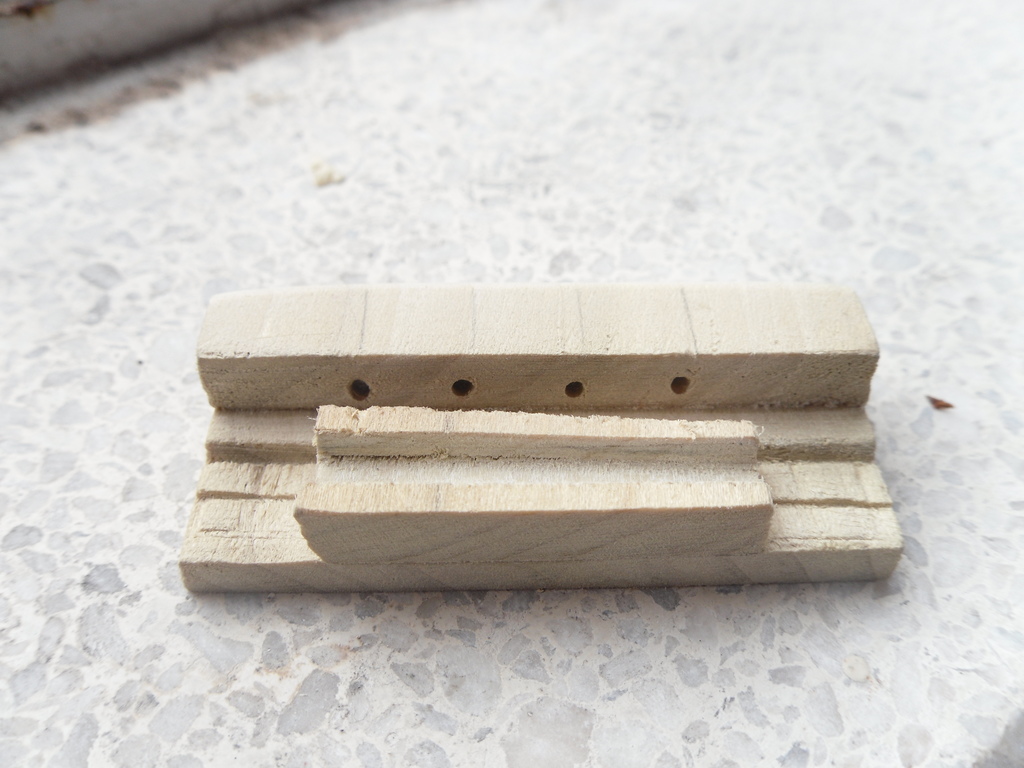 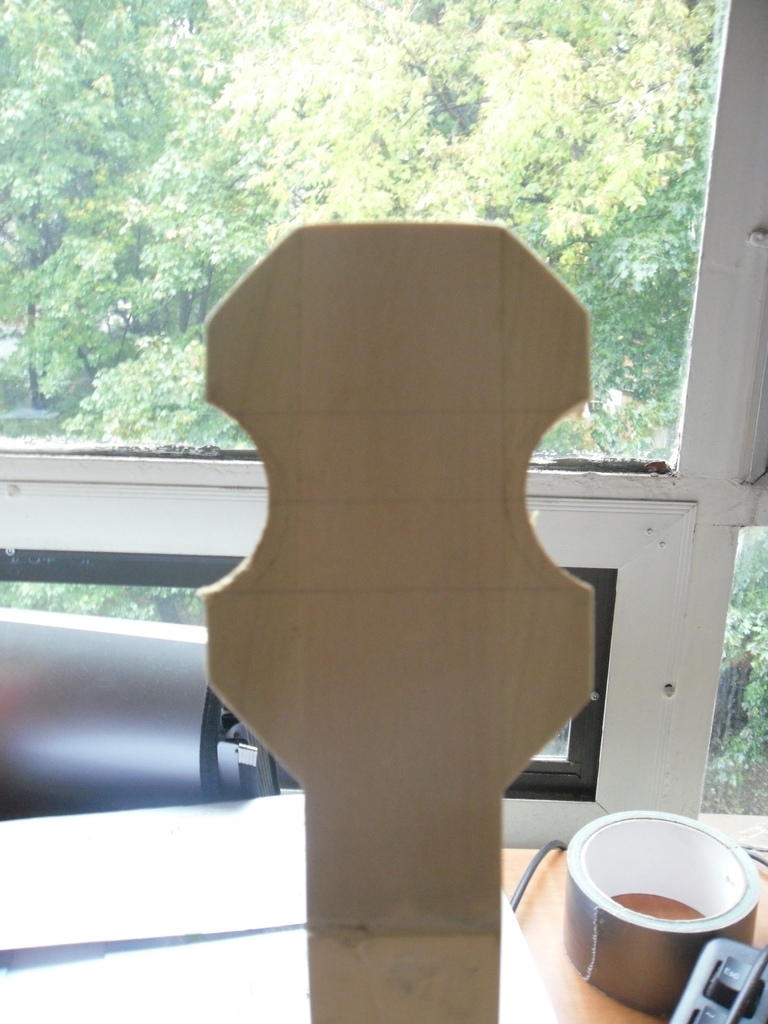 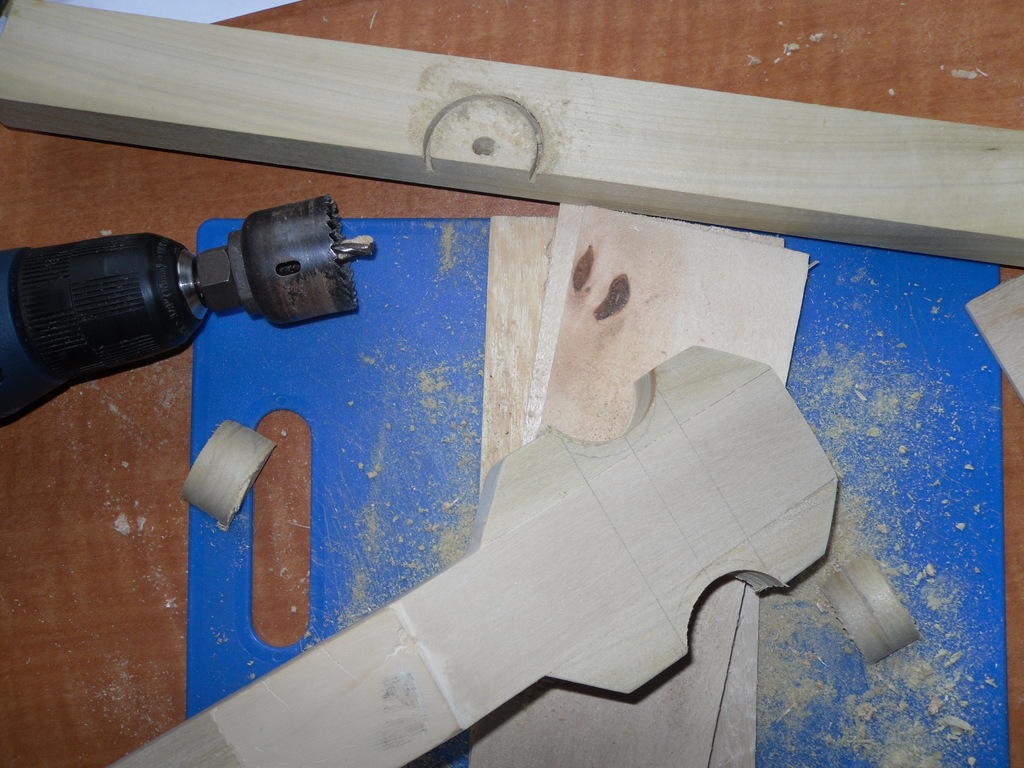 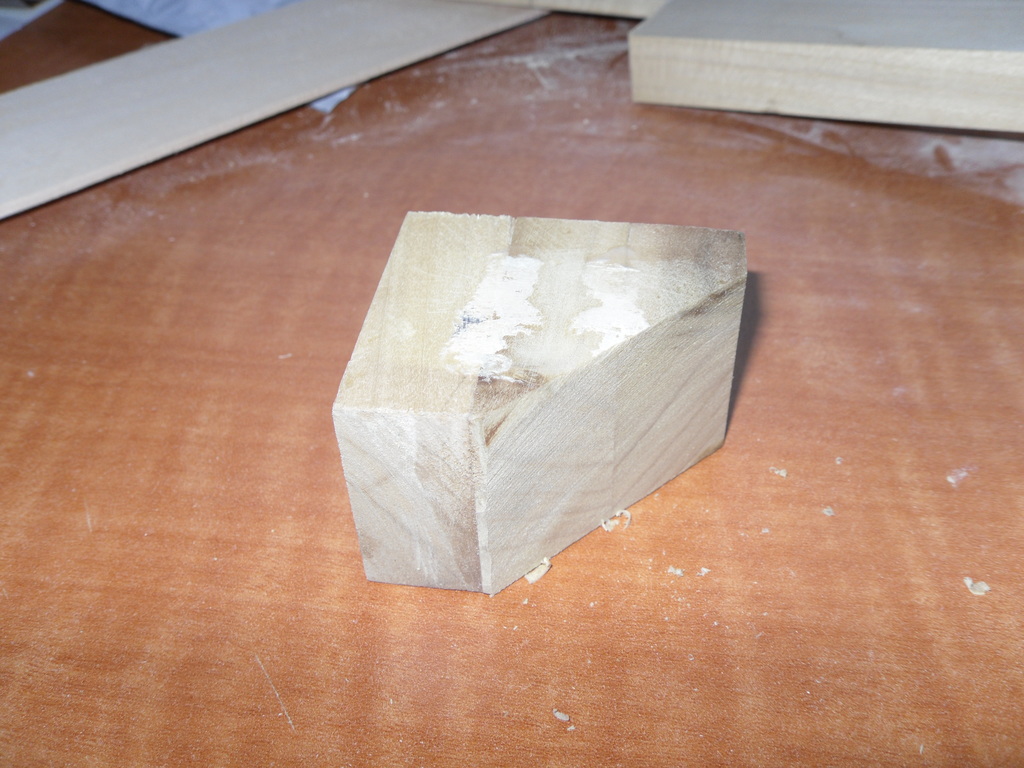 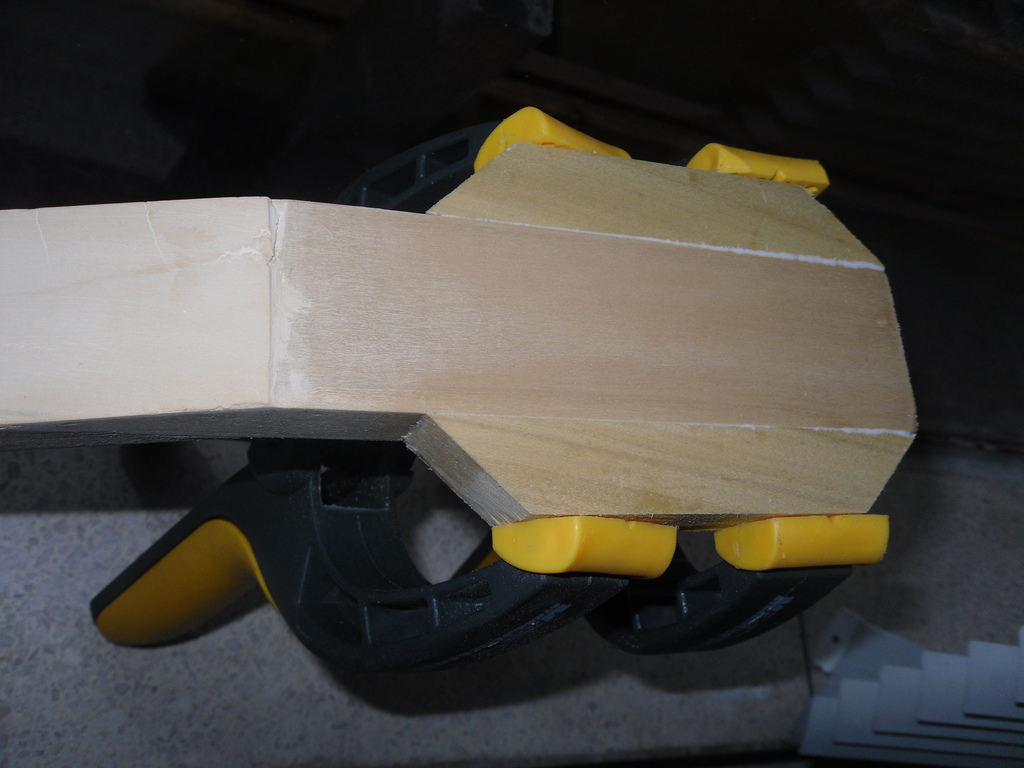 I picked up the following materials 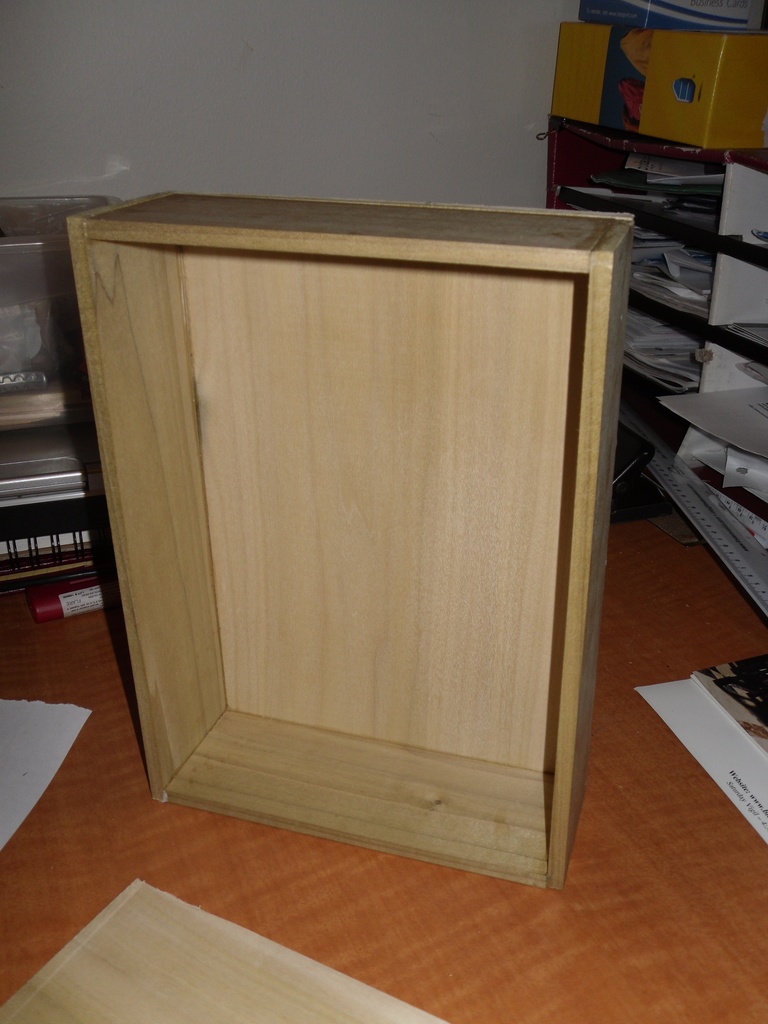 I cut the desired lenghts that I wanted to make. Which was a box with

Ok well first thing is to get a box. I didnt know where to begin but then remembered about a cigar store near my parents area in Toronto. I went in one day and inquired about empty cigarboxs and he sold me 3 for $6. Not a bad deal. I picked 3 different sizes and eventually picked one for my 1st build. Since I play the Charango which is tuned GG,CC,Ee,AA,EE I naturally decided to build a Cigar Box Ukulele aka CBU. Once i got my desired box size i began to go assemble the materials from my own…

I had a Brick House box lying around, and one thing led to another... From Ira Glass . . .
“What nobody tells people who are beginners — and I really wish someone had told this to me . . . is that all of us who do creative work, we get into it because we have good taste. But there is this gap. For the first couple years you make stuff, and it’s just not that good. It’s trying to be good, it has potential, but it’s not. But your taste, the thing that got you into the game, is still killer. And your taste is why your work disappoints you. A lot of people…

Another steep learning curve...after sifting through the footage that Stan Newton had taken throughout the day I managed to assemble something that approached a film record of the day, figuring out how to add credits and titles.  Then the task of actually putting it onto a DVD...converting it to the right format, adding menus, titles, music...blimey still I just about managed it.  Of course then the next task is figuring how to actually burn it to disk..and then software tells me the whole…

Well...it's all over for an other year...Boxstock that is. Just over two weeks on and I've got my office and workshop almost back to normal and I'm starting proper work again. I've got a long backlog of guitars to get on with, so sincere apologies to all my customers who are still waiting. The responsibility and culmination of a lot of work had taken it's toll on me both physically and mentally..so I'm just about surfacing again! This sort of thing just doesn't stop, as soon as it was over,…

I've run into a slight setback with this guitar, which I've decided to name La pesada (double meaning: annoying and heavy). The problem lies in the frets. You boys with the planers... I hope you appreciate what you've got. I think my personal planing system - a few hours of sanding back and forth along the fretboard until all the cut marks disappeared - left a bit of a valley in the middle of the board. That's my theory at least.

That wasn't my only problem, however.…

The Square - Behind the scenes

I thought I'd post some pictures of the work process. The idea was to make a really cheap electric guitar. Expectations were pretty low since this was my first buld. I didn't have a clear view on what the finished product will look like. Only that it will have 3 strings and no fretboard. Everything else was decided on the fly.

How I built my CBU aka "Toro"

In this Blog I will detailing the procedure I took in building my CBU.

I will be posting pictures and notes in the near future, stay tuned. (I found this old post on my computer of the Ugly Duckling/Beautiful Swan CBG Challence from the old Yahoo CBG group.  I thought you'd enjoy it.  BTW, I won the Challenge) Alright!!  Proud to say that www.leavingmissblue.com is finally up!  Check it out for another take on playing CBG.  Thoughts/opinions welcome!!...

Finaly finished this Aluminium Tricone Resonator...technically it's not a cigarbox guitar, but it's made with the same spirit... apart from the tuners, strings and cones everything is handmade... .. went to the DIY store, bought some aluminium sheets and some other stuff then glued, nailed and hammered it together... 3 ukelele cones amplify the vibrations of the strings via the aluminium/ebony bridge... the coverplate made from a cymbal protects the bridge and cones... rosewood fingerboard,…

I now have a website - please feel free to visit

Please feel free to pop in and have a look. Comments welcome. If you like it enough to spread the word I would be grateful for that too.

Thanks and all the best.

The Delta Box will be a Crocker production instrument.  I'm creating all the templates, jigs, components and hardware so I can assemble many of these at a time.  The complete opposite of what I usually do. 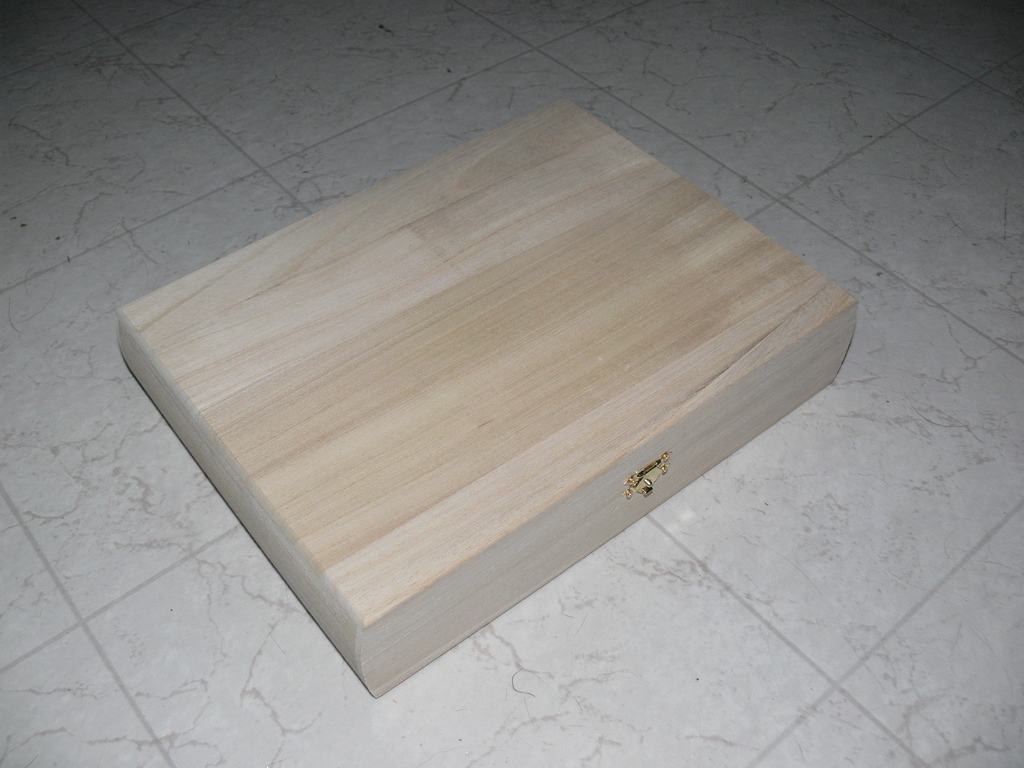 Hi , please come and see my blog about cbg's Iv just started and go easy im a young cbg builder and have not had much practice! :D

Started by the anonymous pick in Performances, How to Play, Lessons, Concerts. Last reply by T-Gripped 59 minutes ago. 4 Replies 0 Likes

T-Gripped replied to the anonymous pick's discussion Update on cbn member “ Maddog “ .
"So sorry to hear of your lo. My sincere condolences."
59 minutes ago