Cost of our HOBBY

Every day I check the mail box. Looking for one order from Gitty and one from a company in Thailand. The company inThailand sells really cheap capacitors, pots, boards, etc. However, it takes ten days or more to arrive. More usuallly. Gitty takes far less, it just seems like ten days since I am anxious. I am awaiting two sets of tuners. two sets of strings and twenty five grommits for strings.

Read an article today about tools needed to do a professional job of building CBGs. It was…

Thanks for the advice on fret placement. Have just constructed 2 necks for my CBG's. Had a lot of help from this site and google even though some were a bit complicated, I thought that CBG's were unsophisticated barnyard instruments but I was wrong Thanks Mike

Oh, for a little more space

My shop is a one car garague. That car better be small! Today, after two months of neglect, I decided to clean my shop.

Actually, I decided to make room. I decided to box up any tool or item I did not need and store it for my kids inheritance. I literally have about fifty screw drivers flat head and phillips, and some wierd specialized shape. They are long, short, stubb, thin, thick, and tiny. I have parts of two separate jewelers screwdriver sets. All I need is one each, one short,…

So, 6 months after my first European Tour I thought it was time to go do it again,only smarter.The first smart thing I did was cut the time on the road in half.Instead of 16 days away it'd be 8.I figured I could earn around the same without missing the family too much and getting knackered.Second smart thing I did was plan in a few rest days.These adjustments made a huge…

Friday 7th September dawns, and I’m busy packing gear into my car…all my amps and guitars for the open mic. and Saturdays gigs, Mike’s guitars, my stands and merchandising for Leeds guitar show, a load of parts for guitar making kits, plus tools and workmate benches, drums…and a load of cahon making kits…the top box is packed full...and the gear in the back of my little Meriva is packed tight to the roof.

We dial the now-familiar route to Manchester into the…

Hey Ted, can you make me 70 unique Crocker instruments in 5 weeks? 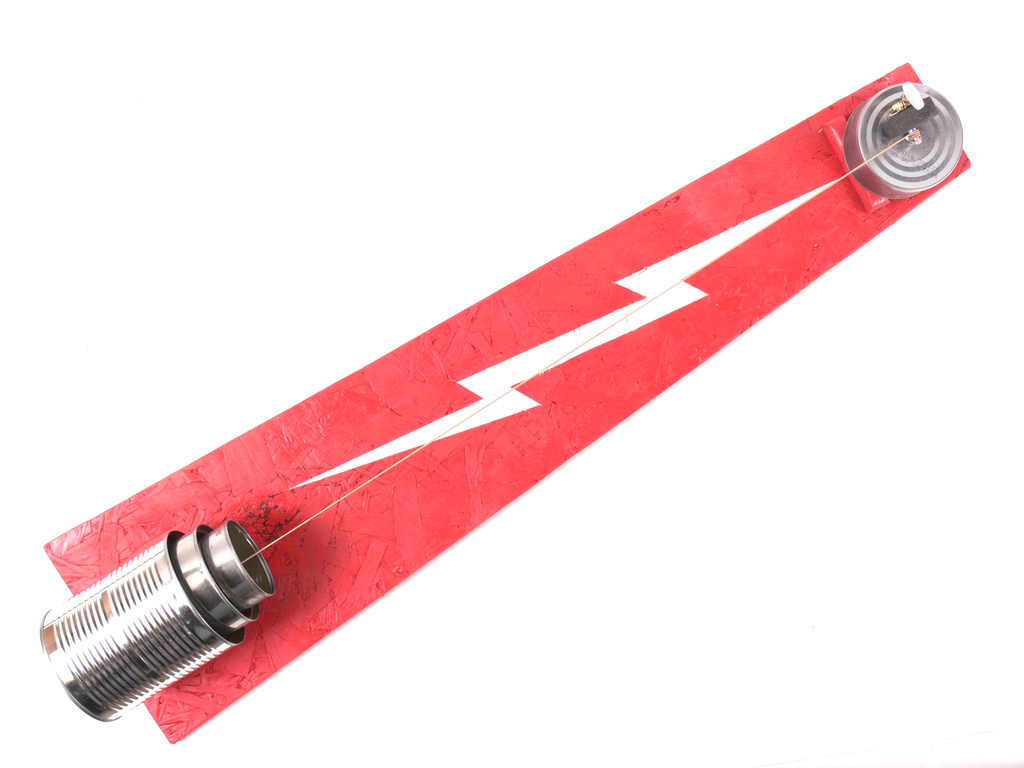 Thinking out of the box

Many new designs being work on as of this post.  YA GOTTA THINK OUT OF THE BOX!!!  Gearing up for the holidays and getting many calls from out of state.  Stay tuned!!!   www.cottinpickinblues.com

Been working with the Cigar Box Nation for some time now and finally have become a member.   I am humbled by the attention that I have received from south west Florida.   Cottin Pickin Blues has been interviewed on TV 4 times and has built over 160 CBG's in it's short 1 1/2 year life.  All are acoustic/electric and no two are the same. …

RAMBLINGS FROM A NOVICE

I started out building a CBG and used cannabilized parts such as fret board and tuners.

However, I do not know how to play guitar or read tabs. So, I had a 3-string but could not play it.

Try finding good free instrucctions on playing 3-string. And, when I did some were in EBE and some in GDG. Finally figured out that pretty much there is no difference when it comes to hitting the right fret line.

But, my guitar was acustic. Has great sound, just that all instructional…

I’m pretty new to the whole CBG scene. I only joined The Nation in January of 2012 so at the time of this writing, that’s right at 9 months. In that time, I've built a total of 6 guitars, and number 7 is on the bench. None of them are anything you’d call a work of art - the first 6 are fretless, 3-string, slide guitars that stay in tune (or not) at their whim. In fact, my 5th build has earned the nickname Bartleby for the simple reason that when it comes to staying in tune, it would just…

Boxstock..Part The 2nd...in which I get an international recording artist to slave in my workshop for hours, for no pay...

So, Saturday…time for a little relaxation, and Mike, Jane and myself head off into Birmingham. After taking in the canals around Gas Street and Symphony Hall, we were walking along into town and I get a phone call...I’ve left a mic, stand and cables in the back of my car at home. My bass player needs them…and my kids cant find the spare car keys..so muttering “No rest for the wicked”, I run off, drive home in Jane’s car, sort the gear, back into town…and catch up with Mike and Jane in The…

Creating your Own Fret Scale Pattern

So in my last blog on building your own truss rod, I promised I'd share what I had learned on making your own fret scale pattern. So here goes ...

For my first CBG, I wanted to test my limits and see how far I could go with building a guitar. None of these "fretless three-stringers" for me; no, I wanted a fret board and at least four strings, which I felt was the limit before I'd have to worry about bowing the neck. So, wanting to be sure I was understanding all I…

Should be posting a video demo-ing the CBG i won at box-stock, been playing it for about a week and have a short melody to share. A bit more like what you all want to hear too! All being well that should be up by tomorrow evening!
Marc "The heavy metal guy" Hood!

Came across CBN  while surfing. Play a little mandolin and have tried my hand at dobro, fiddle and guitar. Know a guy in Houston that builds CBG's. Thought I would try my hand at it. Currently building a 4 string lap steel. Solid body guitar shape out of a piece of 2 X 12 Pine. Got the body pretty well shaped and sanded. A belt sander can correct a lot of sins! Going with 22.5 " bridge to nut.
Probably try to setup open G or E tuning. Hope to have it together in a couple weeks. This is…

Hello every body. My name is Jeremiah Lee. I'm a CBG maker in Chicago. Glad to be a part of the community.

Here's a link to my web page, DecoSonic Guitars, http://www.decosonicguitars.com/#

Discovering my Mojo for the first time

I'm 27 now and since about 14 I started teaching myself to play the guitar. That's not to say I'm any good at it haha but I dabble. Playing mostly classic rock, blues rock, stoner rock, gravel rock... Just making sure you're paying attention. So it wasn't until I dug into an old box of records and heard John Lee Hooker, Rob Johnson, Ry Cooder, Muddy Waters, Sonny Boy, blah blah blah I'm preaching to choir on this forum I know... But that was real music! It had soul! It had feeling! It had...… Continue

my brain is getten busy!!!!

i got a crazy idea on buildind a stand up bass out of an old trunck!!!!! it might not be the best sounding but i think it will bring lotts of good convos in my house when i have parties!!!!   anybody every built one before???? i wonder how it will look and sound?

Hey Ted, can you make me 70 unique Crocker instruments in 5 weeks?

(See the next 35 instruments HERE)…

just looking at a all wood cigar box that looks almost to nice to cut on!!! but my mind is telling me its almost time to hunt down a stripe maple peice of wood to carve a neck out for it!!!! im thinking a 4 string full electric with no cut outs!!!!! im thinking about puting the pick up in the bridge so i dont mess up the lid on the box!!!!   but i also like the look of the rythem style pick ups also!!!! now i just got to decide frets or not!!!!   the image in my mind is hella…

Lee and Elaine Hampton sat in the Dr. Allen’s waiting room. Lee was in a wheel chair. Little was said. They had been married for forty five years and would not make it to forty six. Lee was dying of stomach cancer that had spread to his bones. He was seventy and Elaine two years younger.

Cheryl, Doc’s long time nurse, put the Hamptons in a room. Doc came in and greeted them as he used…

"Looks nice naked!, a light stain and a clear lacquer instead of paint!  :-) "
7 seconds ago

"way different than your usual jamin...I like it!"
58 seconds ago

"The Digits are "Walking the Walk", and Mr Lynas is "Talking the Talk", a…"
21 minutes ago

""Thanks Jerry, Poorness, Bob, and Dave, there are more Slides, but this is the pick of the…"
31 minutes ago