I've kind of been away from these pages and from making instruments for the last month or so. Lots of other demands on my time from other folks and other responsibilities. I've missed it! Now that summer's winding down and the firewood pile is building up I plan to get back to doing what I love - making and playing these things. I went to the PA CBG Fest this weekend and feel rejuvenated. Got to play on the open mic stage and meet a bunch of talented people. It was great to talk to J.Rob…

Can anyone help please?
bought a speaker cab for £2 at the…

If you want even more gear news, check out the …

Hello from Madison, Wisco. I'm a newbee, and love this site. I've got my first three string (24 3/4 scale) to a point where I'm beyond my depth. I wonder if a diatonic fretless fingerboard would be good for using a slide to attempt blues but also to possibly play old gospel and REGGAE without the slide. I plan on indicating fret positions so as to be helpful when not using a slide. I have never played a musical instrument before, and know I need to start as simple as possible. May be I'll be…

Help - The Cross harp key riddle - can anyone help? I play in a weird tuning which I think may be open A flat to suit my voice.

My A harp works when I play blues starting at the third fret.

But I cant find a harp to work when I play starting from open position (open A flat I'm guessing?)

(basically it's open type D configuration of notes,  but up a few semi tones etc)

So logically if an A harp works…

The "Coevorden Special" on the road

After a week of playing several gigs on the "Coevorden Special" it turns out to be a reliable little box guitar with a great sound, especially during the jazzy solo's. It's new owner, Canadian singer/songwriter Robert Burton Hubele, seems to be very happy with it. Even though we… 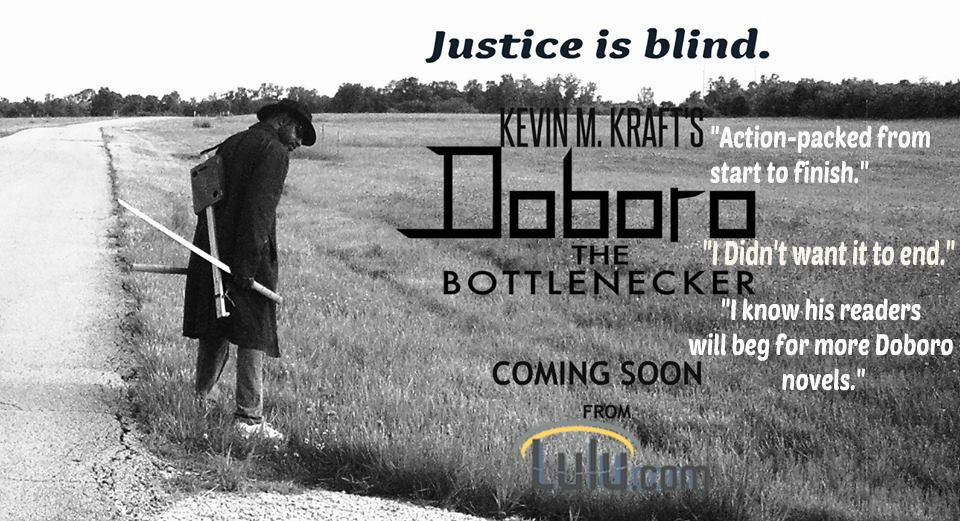 Yes, after the long agonizing wait, the second to Kevin M. Kraft action novel, DOBORO THE BOTTLENECKER will finally be revealed via the second official trailer for the book!

The author who brought you the "contemporary religious fantasy" and the "inspirational thriller" now brings you the "heartwarming action drama."…

Just finished a couple of fretted builds my first and second actually, made a 23 1/2" scale for my grand-daughter, and made a 25 1/2" scale for a mate at work, the small one has a NZ Rimu neck with Puriri fret board, English Oak extensions to head stock, bone nut and Puriri bridge, with a  piezzo pick up through a 500k volume pot, tuned to GBG sounds pretty good too.

The bigger one has a mahogany neck with maple fret board English oak extensions on head stock with a Rimu veneer,…

Advice for an event...

Hello! My name is Bill, and I'm the founder and president of a 501(c)(3) here in Northern Idaho. For the past three years we've put on an event called "Buffalo, Blues & Brews." It's been entirely standard three/four piece blues bands like Billy D & The Hoodoos, Cary Fly, and other bands. I'm a hobby guitarist myself and have recently discovered CBG's and Diddley Bows and have built a couple of each. In fact, I gave a Diddley Bow and a CBG that I built away as door prizes at our last…

Here's the best stuff from the all-new Cigar Box Nation this week...  Make sure to check out our new "guitar magazine" style Facebook page daily for instruments of the day, cool features and awesome videos. 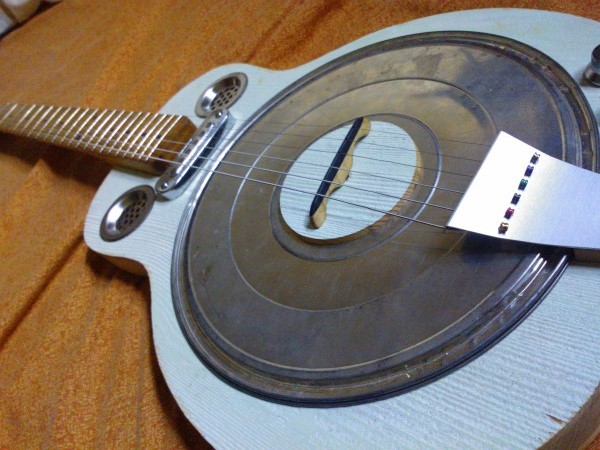 I've been hovering about the cigar box thing for quite a while now. Recently my step daughter came home for holidays with a new boyfriend in tow who like myself plays guitar, very well as it turned out, unlike myself. Anyhow we got to talking about guitars etc. and I told him I was thinking about building a cigar box guitar,he got very enthuiastic about and here we are with my first build, just needed that little nudge, gotta build him one now as a thank you.…

Any CBG nuts out there in the West Bend WI area or am I the only one.

Maybe I'm on the Right Track!

Having completed several cigar box amp projects and seeing all of the many designs that ranged from minimalist to outrageous and not having cause to visit the "Store" for some time, I was delighted to see the addition of an amp with what I consider a more 'retro" feel, the construction of which made it clear to me that as a builder, perhaps I was on the right track with my design ideas!...… Where are all the cigar box banjos?

As I was compiling the Cigar Box Nation newsletter this week, I noticed that the gas can banjo above by OneSixTwoCBGs was the top photo of the week.  It's a beauty and sports the traditional 5 string banjo neck.…

Started by the anonymous pick in Performances, How to Play, Lessons, Concerts. Last reply by Uncle John 16 minutes ago. 5 Replies 0 Likes

Uncle John replied to the anonymous pick's discussion Update on cbn member “ Maddog “ .
"Guys, I did not know Janet well, but think it would be good to tell you a bit about her and…"
16 minutes ago