Hey everyone, I'll be heading to the Appalachian String Band Festival (Clifftop, WV) soon and gone for a week. This American roots music festival leans heavily toward traditional fiddle and banjo tunes but there are also groups of blues, cajun and New Orleans brass band folks there as well - all acoustic music. One thing I love about this festival is that the overwhelming majority of the 3,000 + people who attend play music at various levels. There are a few who just come to listen but it's…

How the Blues was born

As a novice getting the hang of playing any instrument, especially a CBG is very confusing. Playing the instrument in a Blues style is even more complicated if you do not understand its development. I have yet to find a good primer on blues. I am not an expert but the following appears to be valid from all I have read: So up until this point, we have the basic shape of the neck, and the fretboard is as good as done. This would be a good time to level, crown and polish the frets, if you wish. I wrote a 'how to' on that…

OK - so we're ready to start shaping the headstock. The first job is to mask off the wood, then draw the design. I've also measured and marked out where I want the tuners to be.… 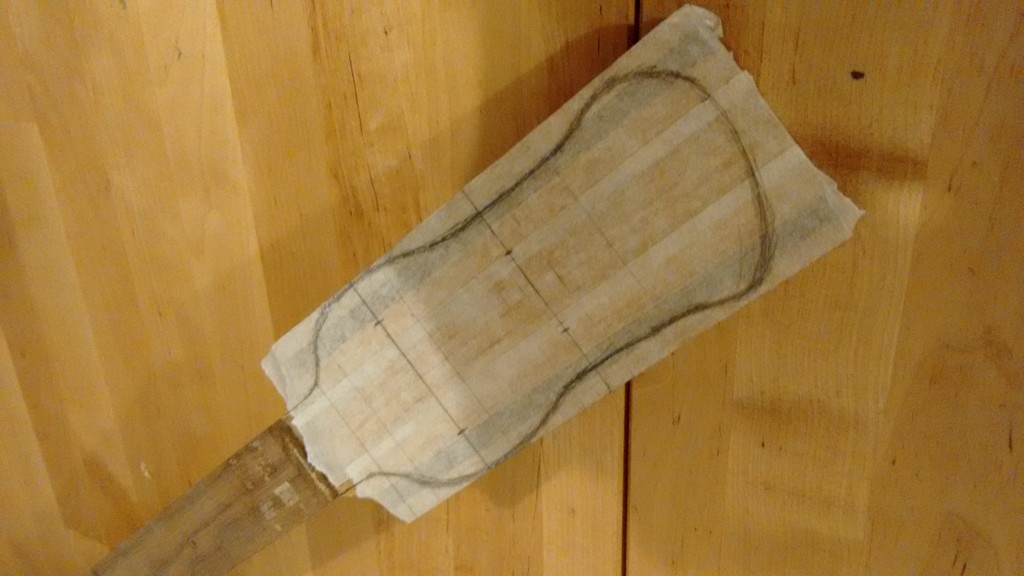 I don't claim to have invented this design, but here's how I make a robust neck through with a heel, leaving plenty of space under the lid for pickups/bracing etc. There are plenty of ways to go about this, and no right or wrong way. However this design helped me overcome a number of obstacles in my early builds. I will skip over quite a few basic aspects of CBG building so it might be an idea to have a grasp of scale lengths etc.…

Back in December 2013, local musician, Bill Maakestad, played a Muddy Creek Guitar at concert. Afterwards, local radio newsman, Rich Eggers, said he would like to do an interview with me sometime close to some of my sales. Summer is a big time for sales with town festivals and fairs. A few weeks ago, Rich had me in the studio for an interview. That weekend was Macomb's Heritage Days Festival. Rich came out and talked with a customer. The interview airs Monday, July 14th, on Tri States Public…

hi there.  This is a continuation of my blog I see threes, which i will be referring to and expanding upon, the earlier blog should be considered required reading...

So where were we ?

We talked about this little interval, the 'diatonic third', and learned that it is just… 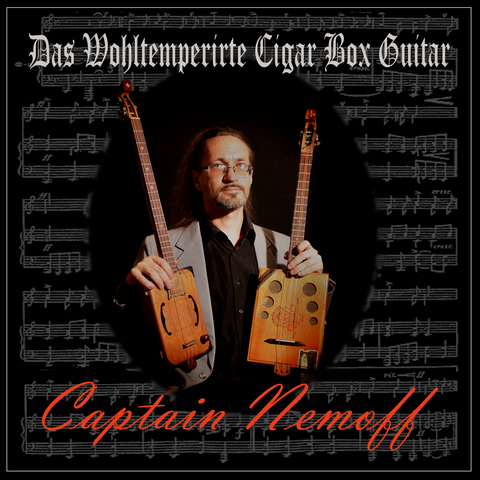 I am really lucky to be playing with a great drummer (Matt Jones) and Bass player (Spencer Brown) in Bristol. We have been working hard in Matt's studio for the past couple of months coming up with new material for our debut album. Gigs coming up and i am really pleased with whats come out so far. Thought i would post up a free download of one our new tunes 'Angel In The Night'. A little taster of things to come. Hope you enjoy peeps. Keep on keepin' on.

I got interested in this by reading Music Factory by Mike Orr and I have used his wiring diagrams to create stomp boxes and built amp kits from cbgitty.  I would like to build guitars but live in a small apartment.

what are your favorite books for getting started ?

real easy to get them on the boxes.   Download the photo,

use spray adhesive on the box and attach....and finally cover it with a thin piece if plexi glass.  Real simple and the results are very satisfying.

We are now experimenting with personalized CBG's   ....What do ya think???

Alright! Today is the day. License Plate Sessions is now available all over the place. Itunes, Bandcamp, CD Baby and all that other jazz. Thanks to everyone for your support. Thanks Jay Patton for building the guitar and producing the album. It was a blast to make. I hope you guys at cigarboxnation enjoy it!…

I made two necks out of walnut with scarf joints, seemed nice and straight prior but now I notice a…See More
29 minutes ago
0 Comments 0 Likes

I use my iMac and iPad to access the site using Safari as my browser.  There are multiple links on…See More
33 minutes ago
0 Comments 0 Likes