With this being our "busiest" time of the season, (not this year).No crowds like a normal year.
But I've managed to pull out a much better year then I expected building and selling my CBG's and DB's.
I took 5 DB's and 2 3 stringers in yesterday ( Fri at 2 pm and by 4 pm had sold 3.Sold another little experimental DB made out of a Tea tin that came jazzed up with purple shaded paint and was titled "Groovy Blue by the tea company.It just SCREAMED DB.
So I put it together with a… Continue

Here is a short video with me in it playin g my CBG. Hope you injoy it. Larry

Ok after deciding that for some reason trying to play the 3 string cigar box would be easier the the harp, I took the leap. I purchased 2 boxes from the cigar shop at the mall for 2 bucks each and got a 4 foot peace of 1x2 oak FOR 4 BUCKS AT HD.... No I don't make stuff in a wood shop, no I don't play guitar, and no I don't know what I'm doing BUT I have to get sound out of something I make and I figure using a slide will make me sound like I know what I'm doing even if I don't...

Seems time to do another blog I guess - seen as Im now on build 14 I think!
Not that theres a lot to say (especially when I could be in the shed working on the current one), but needless to say Im happy :o)

Back from my vacation

Bit late with writing this but I came back this last Sunday from Finland where I've been vacationing. I built my first cigar box guitar there in my grandfathers old workshop.

I really like how it turned out. Sure there were lots of mistakes with the build but thats how you learn.
Also been trying to recruit a friend to build with. He's interested in electronics as I am and plays a bit of guitar and really liked the CBG I built. So I think he's thoroughly hooked.

WOW thanks for the welcome

Thanks for the welcome Ted, Ive been playing guitar since I was eight years old and recently saw a video with a CBG and fell in love with it. So now Im starting to build one my self. Im taking my time cause I want it to sound realy sweet. I gotta say its adicting I cant wait to build my next one and Im not even done with this one yet. Next one will have a home made resinator but not sure of how to make one or what would be the best kind to make. Ive been reading up on resinators and of course… Continue

First Project (in the works)

This is my first cigar box project. Gonna make some cuts today. 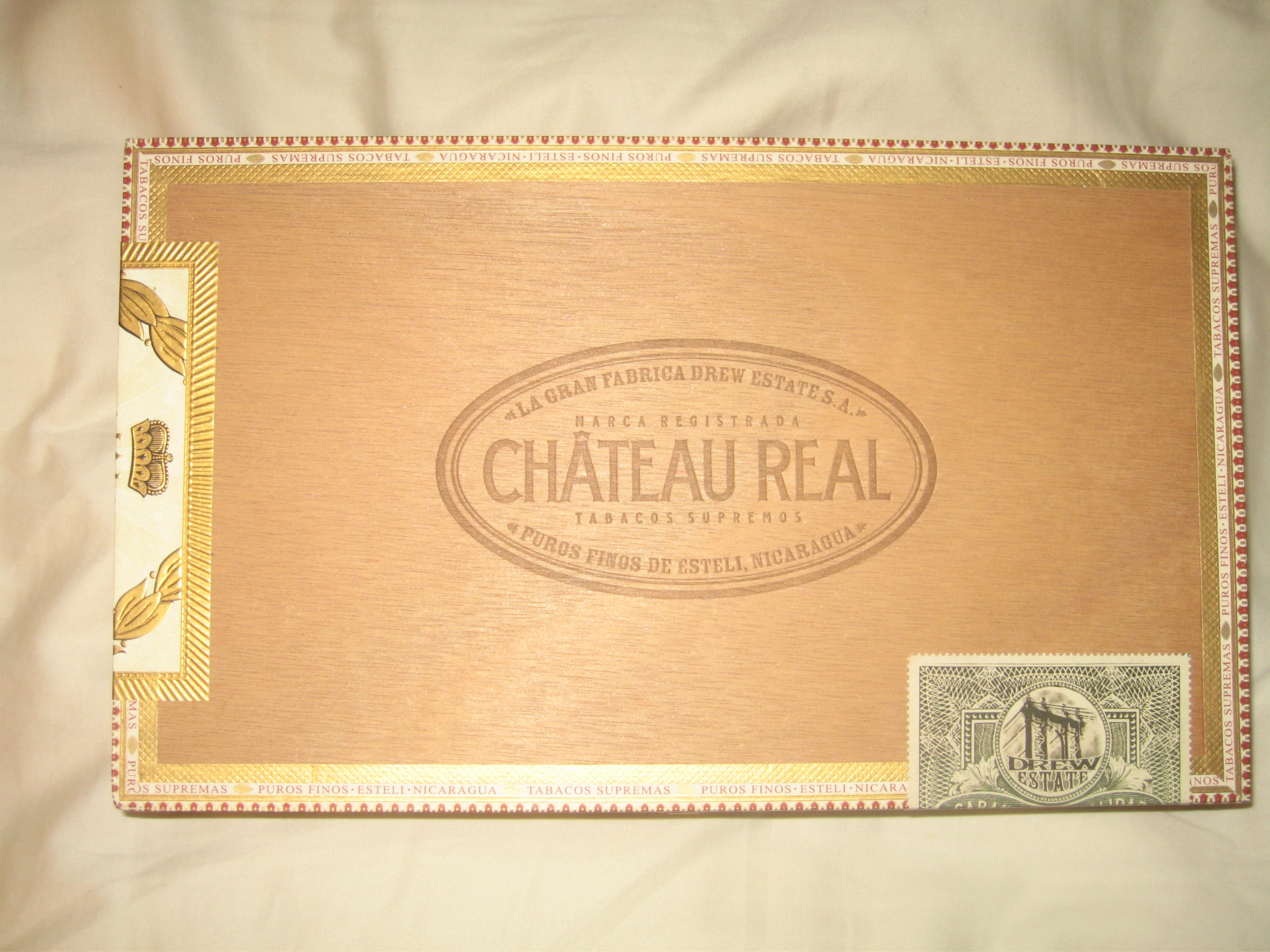 I found this box at an antique store in Palmdale, CA. Thought it to be a good size for my first project. It's going to be a three-string fretless. … "Songs Inside The Box" News for July 09

Those of you in the Minneapolis, Minnesota area have an opportunity to see “Songs Inside The Box” along with another one of my documentaries, “Richard Johnston: Hill Country Troubadour” at the Deep Blues Film Festival on Sunday, July 12th. I won’t be able to make it to this event, but Bluesboy Jag, who is one of the featured performers in “Songs Inside The Box” will be performing before the screenings… Continue

the romance of the road..

5 hour drive to the gig-the satnav proves an invaluable investment-certainly beats trying to drive thro the west end of London with a map on your lap like last time..load time 6pm..cool venue-that British 'smell of pub' as you walk in-not too big,not too small-monster pa with bass bins you could walk into.Sound check.Jonny (Honkeyfinger) arrives fresh from the London train and soundchecks-looks really weird seein ol' Honkey playin thro my gear-sounds awesome mind.
The owner asks if we're… Continue

Not sure if I'll be teaching this year.

It does'nt look like I'll be teaching this year as the state ran out of money. I'll keep checking in to see. 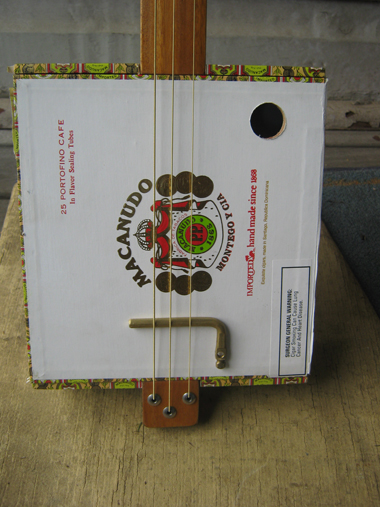 Well she more or less finished :) I did end up flipping the lid over, and I have used signwriters clear vinyl over the lid as a scratch plate and to hold the edges of the paper together.

Back from a month of field geology work. I took my CBG and Steel Resinator with me. More people got a kick out of the CBG then anything else.


I use two tunings to play around with.

DAD tuning you have the following chords (if you are using a slide)
Starting at the tuning pegs:
Open D (no slide on the neck)
2nd E
3rd F
4th Gb
5th G
7th… Continue

Started by the anonymous pick in Performances, How to Play, Lessons, Concerts. Last reply by Uncle John 4 minutes ago. 5 Replies 0 Likes

Uncle John replied to the anonymous pick's discussion Update on cbn member “ Maddog “ .
"Guys, I did not know Janet well, but think it would be good to tell you a bit about her and…"
4 minutes ago