The true commitment of a CBG maker is apparent. Take one bottle of boxed wine, drink the wine, keep the bottle and the box. Then take a second bottle, drink the contents and keep the bottle. Use the box to make a guitar and cut the necks off the bottles for soundholes. Anyone care to put a name on the result? Cabernet Box Guitar? Shirazocaster?

The background is my first CBG with piezo pickup. That's it in my avatar. I have two piezos mounted in the box with a switch so I can select between the two. I read about mounting the discs but couldn't really figure out what people were telling works best. So I mounted both of them on the neck (I had clearance between the neck and the top of the box. One was ceramic side up and the other was ceramic side down. They definitely sounded different but not good enough. Mounting…

Where trying some CBGs in London?

Last year I moved here in England from Italy. I had been playing r'n'r for years there. Now it's like a couple of years I don't touch a guitar and I feel it's time to start again

Does anybody know where I can try some CBGs in London?

Having a Great Year at Farmers Market

It’s hard to believe we’re almost into July! We’ve enjoying a great season so far and it’s been an adventure meeting all kinds of new people. There are many of you thinking of gifts for the holidays and birthdays. Each item is one of a kind so I would like you to consider if you see something you like this week, it may not be available next week. Yes the stuffed animals can be re-made, but many of the other items, like the cigar box guitars, ukeleles and amplifiers are truly one of a kind.…

My first Cigar Box Guitar build will begin this week, but this past weekend, I started working out some issues with this wacky "Electric Racket" guitar. 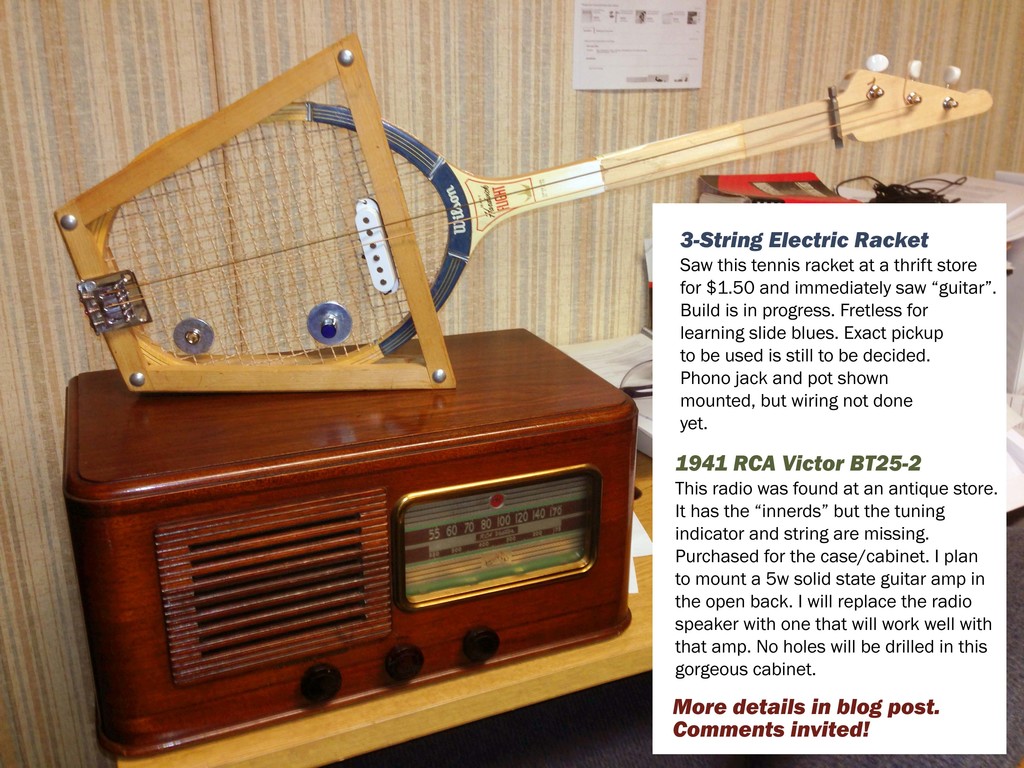 This is not really a "serious" design (obviously) but I do plan on having some fun in experimenting with different pickups, including the cheap single coil (pictured) and a couple of older humbuckers that I…

The Stories Behind License Plate Sessions

fellow CBG players. Darren Brown of Nova Scotia is currently waiting a complete liver transplant and I was hoping to get some fellow DB CUSTOMS owners to show some support for this amazing builder and plan to put together a compilation of songs to help raise a little bit of money to relieve some of Darren's expenses.

The idea is an album full of songs played on DB CUSTOMS Cigar Box guitars by different owners from all over. If you own a DB customs build and…

How I make my banjo style bridges

Lots of people seem to like the bridges I make for my builds, and I've often said they're quite simple to make. It's not really my design - it's similar to a banjo…

I got the tuner's for free from a lutier who didn't mind thinning out his junk drawer for a good cause, and I got the cigar boxes for free from the owner of the tobacco store I patronize frequently.

They are face mount necks (similar to Uncle Crow's design) which makes it easy to open the box while still strung and staying in tune (I keep my slides inside when not playing).

The first time I…

I am getting increasing demand for  my workshops making simple cigar box diddley bows. in UK at least the cigar boxes are getting harder to find and more expensive.  I have had some success using cardboard boxes intended for computer keyboards. Anybody got other suggestions?

Jesus of Malibu / The Revolution for the Freedom of the Mind

MALTESE PRODUCTIONS is producing the documentary
"The Film that Changed the World."
Directed by Michael Kirk, this is the story of the making of Jesus of Malibu 2005-2012.…

Why the name change

I have changed the name on my page (formally Rob Ritchie) to our new "company name", Skinny Gumbo.  My buddy John and I have gotten a lot of local requests to make some builds for friends, family and friends of friends.  So if you see or hear of a Skinny Gumbo build, you probably saw it here first.  We don't claim to be the greatest.  We just enjoy hanging out together and building.  So any comments or constructive criticisms on our posts are welcome.  We are always looking on ways to…

Just a little about my cigar box builds, I started by using cigar boxes for amplifiers powered by a 9 volt battery. I wanted to build a cbg but had no idea how to start, I was lucky to find Morticia at gittyman.com with his help and book on building a cigar box guitar. Gittyman took the guess work out of the steps needed to build a cbg that would play music your first time out,I followed his book to build my first cbg that took a weekend to complete. After the first one it was like an addiction… Continue 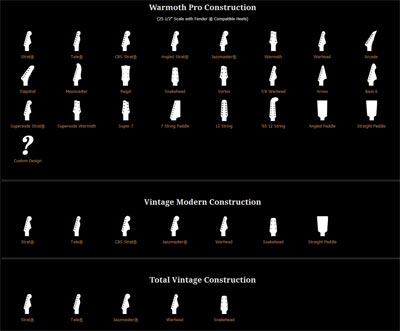 Building the Lady is a step by step guide to the creation of my most popular and basic guitars, the "Parlour Lady".

Many feature guides on various different processes in isolation but here the whole build is featured from a collection of parts to the finished article ready for the road! The process continues over a…

Are you interested in giving bright brass that aged look? How about MULTIPLE ways to do it?

Note: See if your item is truly brass or only brass COATED. Brass coated items may be stripped down to the base metal by some of these processes.

You can take brass all the way down to BLACK, if you so…

Hi y'all and thanks for coming back to see my progress.....

As I mentioned previously, I got 2 boxes. I thought, as this was my first build, I'd leave the nice one aside and use the basic Romeo & Juliet Box.

It was not in the best of condition and the Irish Government Health Warning was very unsightly. I decide to strip it back. I removed all I could by hand. …

Some of you may have seen my other huge blog here, I see threes.  If you did, I want to ask you to suspend all of that knowledge for a while as we explore an alternate approach.

Like that blog, this one is intended to be a living document, I'll be updating and…

Started by Tim W in Performances, How to Play, Lessons, Concerts. Last reply by Timothy Hunter 9 hours ago. 3 Replies 0 Likes

Started by Tim Ahlberg in Performances, How to Play, Lessons, Concerts. Last reply by the anonymous pick 17 hours ago. 4 Replies 0 Likes

"Cheers Dave and Andries"
30 seconds ago

"Hoo doo I love. This! Thanks"
8 minutes ago

"That mutt peed on my tulips."
1 hour ago

"Thanks I owe it all to Dave's electric dog!"
1 hour ago

"Cooking with POWER, John."
1 hour ago

"Shuffling off on a south bound.  Cannot blame you a bit.  That is bluesy good."
1 hour ago

"Thanks, Bob.  All aboard -just ask and your ticket is ready."
2 hours ago

"Hoodoo this spell on me?"
2 hours ago