Be careful what you ask for!

So, I get my new VooDoo Swamp Witch and show it off to friends and family and....suddenly it comes up missing! Seems as though this "woman" had an "idea" that she could "improve" MY VooDoo Swamp Witch!!!!! She wanted to "surprise" me by adding a few personal Touches.She overheard me mention a few ideas I had and apparently wanted to see me "happy"

I got myself a playable CBG as of the evening of the 23rd of June, 2013.  I've been so busy playing it and messing with it that I didn't get up to posting about it until now. 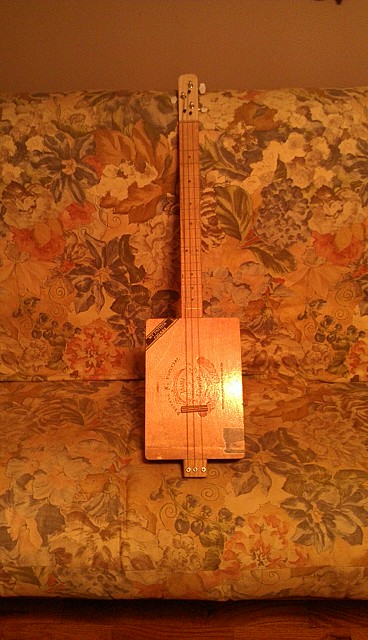 'T'ain't perfect, but I guess that's life.  It plays, and not too bad.  since these pics I drilled a couple 7/8 holes in the sound board and put psuedo-brass grommets in them.

These are four of our favorite cover songs to play, so we thought we would record them for you enjoy as well,....it's a little something to tide you over 'til our NEW full length album is ready in a couple of months. Stay tuned. If you want to venture more into the world of SnakeOil, please visit our page.

I know that cigar boxes mean that generally, anyone with one is going to play 'the blues'. But everyone just ends up turning out the same thing to a better or worse degree. I'm not knocking people who want to learn and play and get enjoyment out of music, but, these instruments are much more capable and far more adaptable to so much more than the same three chord turnaround.

I know im a grumpy git, just wanted to get that off my chest.

Yesterday I got to put some major components together and get something that looked like a Cigar Box Guitar! 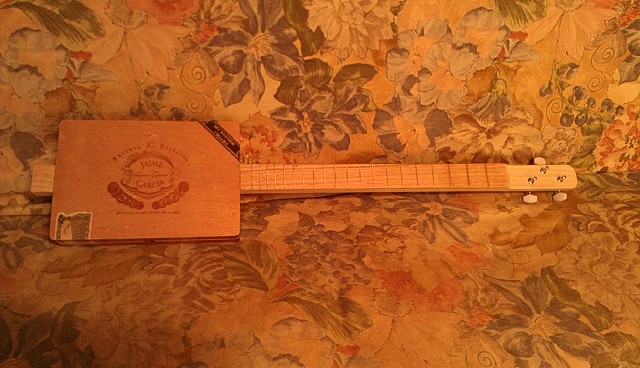 I failed to order the necessary internal electronic parts - jack, volume pot - in a timely fashion, so although I've got my piezo rod pickup in stock I'll have to wait for Monday's mail before I can put in the rest of the internal parts and fasten the…

Frets, I got Frets!

Lots of work around the house / yard yesterday, so I didn't get to the CBG until late.

Avid fans will recall that I cut three slots too wide with a high dollar manual miter box from Lowe's before smarting up and cutting the rest of them with a very narrow-bladed Stanley imitation Japanese pull saw.  Next I sanded down the fret board enough to fill the wide slots with sanding dust and then filled them in with glue in the hope that it would be strong enough to hold the frets in a…

Just One Of Those Days... 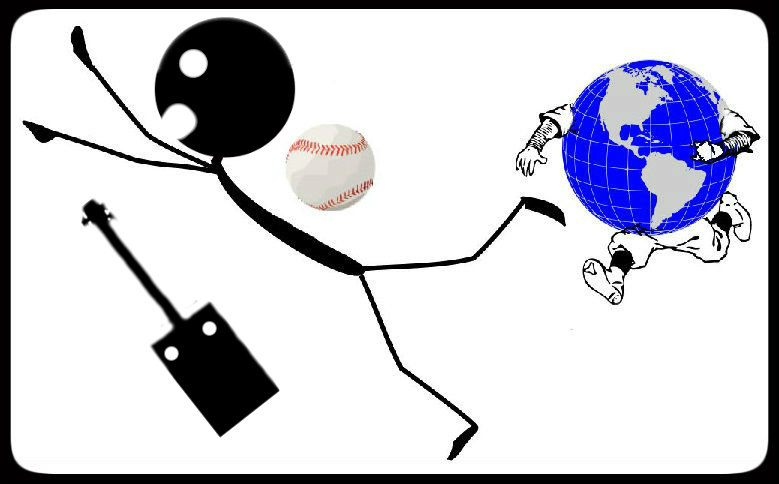 Ever have a build that kicks your ass?

Working on the 2nd nut and saddle.

Epoxy failed on the rod bridge.

The nut - beginning of the fretting - started too far down the neck so I put a piece of fretwire above it to protect the wood and it was too high and I had to file it down....

It's going to be cool when it's done, but I will be happy to see it out the door.

Another not much, actually.

Yesterday I laid out the fret lines on my fret board.  I printed out a 20 fret scale from StewMac's calculator and laid the frets out in mm using a tape I bought from Duckworks for my boat project.  Measured from the nut.

Then I measured from fret to fret as a backup check.…

Well, on Monday (today's Wednesday) I went to Kansas City to a cigar store and picked up 8 cigar boxes for $24.00 plus tax. Three bucks apiece. Stopped by the hardwood lumber yard (Schutte) in KC and bought two poplar 1x2 and a red oak 2x2, all four feet long.  Laid 'em out in the shop to look at and make a decision.  Picked a couple boxes for my first two CBG's, measured the top thickness, and cut fretboards on the bandsaw.  Then came in and mortgaged the farm to CB Gitty.

So...a festival in Belgium..sounds pretty dull, not worth bothering with? Well, I've just got back from a trip over there with Hollowbelly and it has been an amazing weekend. If you think the UK music scene is hip and happening, get yourself over to Muddy Roots Europe next year and prepare to be amazed. It's a small festival, just one stage but the range of music is amazing, the quality is excellent, and the enthusiasm of the audiences is totally refreshing.  At this modestly sized event…

how to hook up a piezo rod

Lots of Folks love these little devils. Seasick Steve and Hollowbelly ply them to name a few. Well mine sounded great for the last 4 years, but after experimenting with my homemade bass, the speaker started flapping around and making "fart" type noises-not good! I stopped playing it entirely. 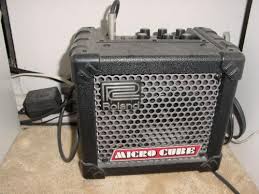 Then, I thought, why not replace the speaker. Even better, Upgrade that little…

Hi, just joined. I play ukulele and have a Grizzly soprano nearing completion. Next I'm thinking about building a solid electric uke... What I have in mind is pretty much a CBU without the CB. But I am thinking I'll probably get around to a CBU or CBG eventually!

I had an idea.

I just ordered some zither pins.

No, really, it'll be amazing.

I am currently serving in the United States Air Force, stationed at Langley AFB, VA, been in for about a year and a half now. Absolutely loving every bit of Virginia. I was born and raised in Mississippi, home of the delta blues. I have played guitar for about 8 years now, picking up my blues roots. Currently do not own a Cigar Box Guitar, wanted to build one while I was stationed in Texas during some down time but never got around to it.

A good freind of mine named Rod Wellington from Ontario, Canada wrote a nice story I thought I would share. Here is the link, enjoy.

Rod is an adventurer and has just completed a 3,800 mile Kayak journey down the entire Missouri/Mississippi river from source to sea. Amazing person!

Cause the Blue rat replied to Mark Ballard's discussion Problem using Apple Safari browser on Site?
"A fellow Apple Safari user here.  First you may have to delete the cookies related to this…"
7 seconds ago

""Thanks Dave & Bones", I too think it looks smooth and beautiful, considering it free…"
14 minutes ago

""Thanks Dave", Yep!, very happy with the way Neck looks, it really came alive when I gave…"
18 minutes ago

""Thanks Dave", the Box is the last of 3 Chinese Ebay Wine Boxes I purchased some time…"
36 minutes ago