The Shane Speal Newsletter:  The end of the 2014 Dive Bar Tour...which means all the tour merch is on sale now!  Git it fast

We just had a photo shoot on Wednesday for the album cover.  I'm currently going thru the proofs.  This is just one of the 900 shots… I really hate seasonal allergies.  My ears and sinus cavities are so plugged up, even with meds, saline wash and whatever else I can think of,  that I can't hear the pitch of what is coming out of my vocal cords.  I'm shocked at what I think sounds sort of acceptable when I'm playing along and singing, but to watch back a recorded video through headphones or…

Fretting seems to be one of those things about building that a lot of folks dread....I find it to be one of the best parts of building along with carving the neck; both are very rewarding upon completion. In the moment, I will sometimes wonder why I don't just take a Sharpie, mark the frets with it, raise the action, and play it with a slide. But after a good fret job, I feel great. Here's the way I do it and some things I've found to make it easier. If you have any other tips, please let me…

My First CBG album!! Give It A Listen.

Four months in the works. It's done! My first cigar box guitar exclusive album. There were two 3 string CBGs I used in the recording. There were many cheap beers, cheap harmonicas, half broken microphones, and a 32 year old saxophone that gave it's last breath making this happen.

Heading out of 5 days. Going to jam with music friends doing a concert in Orlando. Will catch up with everyone as I can. Be safe and play your hearts out. :) ~earth Any open mic nights in Boston? any comps? talk to me first! Ill even shave my luxuriant facial hair, cant have someone mistake me for a hipster... how about slummerville?
77 mass ave?... with a hat out for change? an "unofficial" show?... just let me know what time!!! I'd rather let someone else play while I butcher some improved spoken word... my singing voice makes all the neighborhood dogs howl ( like when they hear a siren).  ... now that I think about it heavy metal attracts…

What I Do When I'm Overwhelmed

Well I got a bit overwhelmed this weekend so I switched my attention to something else :) As soon as I'm done it's back to the cbg to get the Etta James song down. But T Shirt quilts work good for getting your head in the right pace. 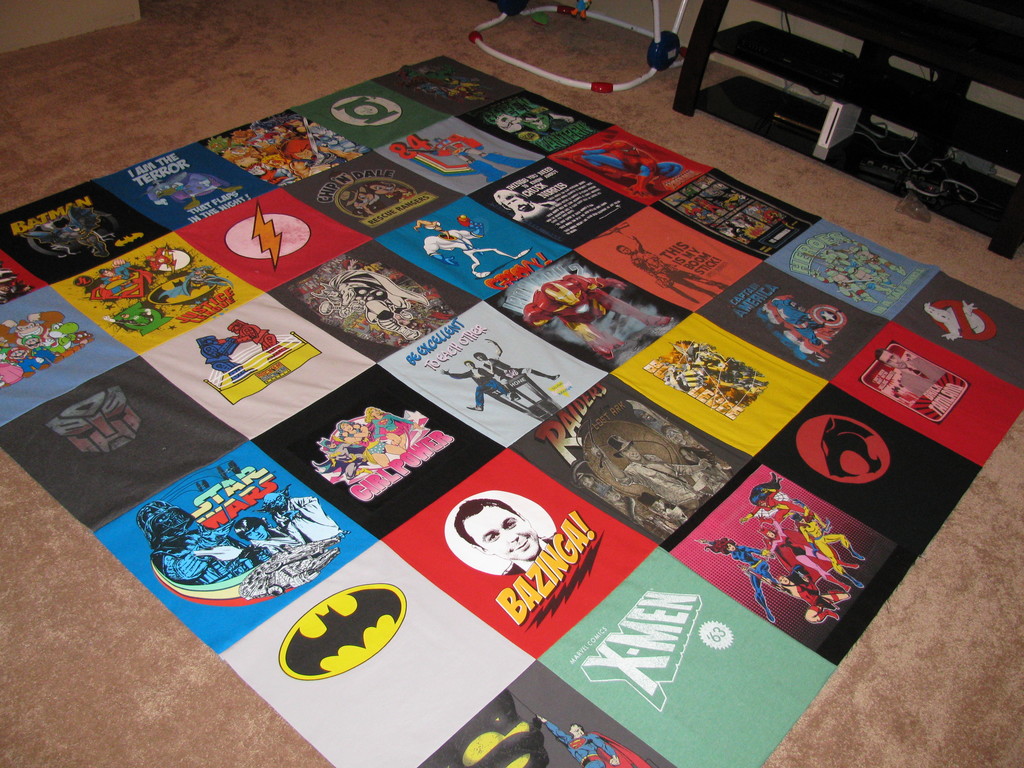 What a couple bourbons getsya. . .

A chair in the band.  I have never played guitar with a band and haven't played with a band at all since high school.  Fun at a family party last night.  I ALWAYS have a guitar with me, but I didn't know there would be a band at the party and had no expectation to play other than to find a quiet space away from people and just practice a little.  My father-in-law asked me to sit in with the guys. I said after a couple glasses of bourbon, maybe.…

O.k. I am looking for some brains to pick. I'm working on this song..

And what I'm thinking is picking the riffs and sliding the chords. What do you guys think?

Well, here we are in week two or three. I'm not really sure which. And I'm realizing just how many different factors are included in Blues. See, with some music you simply pick it up and play. As long as you hit every note and your timing is good you got it. There really isn't any feeling or thought involved. But with Blues it's something you feel to your toes. Everyone who has been a great in Blues history has had a horrible past. Has lived through depressions, loss, heartache. I mean I…

I found this on PBS for free and thought someone else might enjoy it :)

Empathetic Attack Album  I just released an album of my electronica music which features some of the canjos I have built on a few of the tracks. For a limited time only I am posting the entire album for free so please go to my BillyRadd Music blog and check it out.

Nice and a quiet place to play on a CBG

Thanks To All That Sent Messages

O.k. gang for those of you who don't know I'm somewhat of a gardener. Well, gourd planting season is almost here. I thought maybe if anyone is interested in getting a few or even one I could plant a few more this year. So If you think you maybe or are interested in getting a gourd to build some sort of noise maker let me know. Just send me a message and I'll make sure you get one. Have a great morning world. :)

Having made myself somewhat familiar with my cbg, I've moved on to exacting my ability to play. Taking on Etta James as my first blues artist to work with I have studied her past. I always find it easier to recreate the feelings behind a song when you understand the person. It is amazing how so many musicians have been through hard lives. I have always heard people tell writers to write about what they know. And all the great musicians I love have done just that. As I learn and transpose…

The Shane Speal Newsletter...  Summer Tour tshirt is unveiled, Back in the recording studio and the toilet paper gun!

Its that time again!!! The 3rd annual Myakka River Blues Festival at Snook Haven, in Venice, Florida. Memorial day, May 26th.   Great artists all day long, 2 stages, wonderful food.  Cottin Pickin Blues will be on hand with  the latest builds for viewing, playing and for sale.  Here is a pic of the first 5 completed.

Started by the anonymous pick in Performances, How to Play, Lessons, Concerts. Last reply by Uncle John 43 minutes ago. 3 Replies 0 Likes

Uncle John replied to the anonymous pick's discussion Update on cbn member “ Maddog “ .
"Hello, Patrick.  Kinda and I have been thinking of you.  Good bless."
43 minutes ago