So I know I haven't been real active on the site lately. There is a good reason :)
I have been graced with an order for 10 guitars, 2 Ukes, and at least (but not limited to) 3 portable CBG amps!  Pictures will be posted as soon as I have a break to take them, lol.  as always, ANY advice is appreciated!

Well, after playing several open mic events and a couple of local festivals, I was asked to perform on the acoustic stage at a record companies launch night.

A few weeks later the owner of the company Robert Harrison of Long Haired Music in Spilsby, Lincolnshire saw me in Lincoln and asked if he could record my playing. This would be…

Does anyone know a safe free alternative to Dropbox.com?

Does anyone know a safe free alternative to Dropbox.com?

As I think I have overstayed my welcome and they now want money!!

In the interest of speeding up production I got some new tools. I've been learning from my neighbor who has been building with wood for many years. So after a few sessions of watch and learn I headed down to Harbor Freight.

First new toy is a 4" belt sander / disk sander combo. I should have bought this thing months ago. I only picked it up on Saturday but it's already changed my building life. I was able to thin out the headstock on a guitar neck made out of some very hard wood in…

Last load of tools going to the new shop today.  Should be up and running by the weekend.  Fortunately getting backlogged with orders.   At 67 years old, I never thought this would happen.....TWANG!!!!

the story behind the "ghetto" line

Look at what just showed up!

I am quite pleased with every aspect of this transaction!  From account creation, ordering, payment, shipping notifications, and spead of delivery.  No if my boxes would just get here so I can get building! 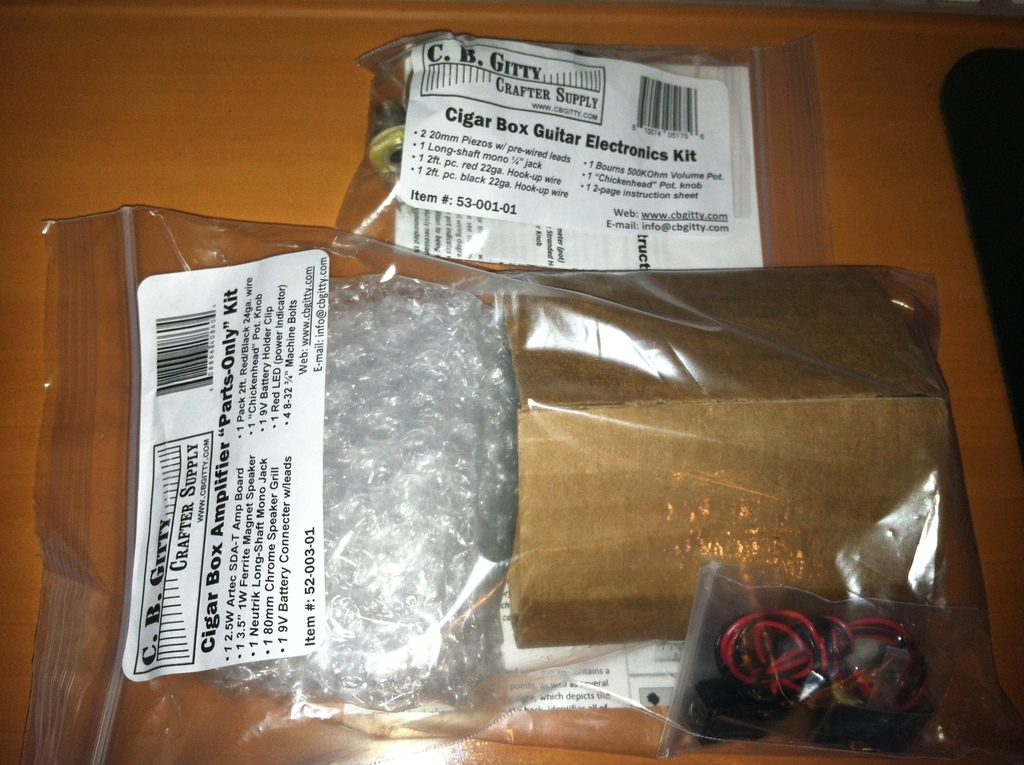 I had a ball at this years Bluesfest. The lineup was incredible!

Here is some of the action.

My Day Job and Guitars - Measure Twice, Cut Once

I took a turn with the Merle Haggard classic in honor of my 101 year old Grandmother! She's still kickin'! And Merle is her favorite. It's in my player here.

A perspective on string tension and gauges and why buying a pre-packaged set isn't the right thing. http://hcw3.com/?p=91

Hey John hope I haven't started something which is going to put pressure on you to rush out a tutorial DVD. I am glad to hear that you are going to do one though and think your approach to the subject matter will be just as professional as ever.

My wordpress blog on the topic:

The English Godfather of the Cigar Box Guitar

Hi I heard about Cigar Box Nation from you sir the english godfather of cigar box guitar Chickenbone John, Iv'e watched all your youtube video's and love your tone & playing. I wish you would do some instructional DVD's I wouldn't hesitate to buy them and recommend them to friends.

Started by the anonymous pick in Performances, How to Play, Lessons, Concerts. Last reply by T-Gripped 35 minutes ago. 4 Replies 0 Likes

T-Gripped replied to the anonymous pick's discussion Update on cbn member “ Maddog “ .
"So sorry to hear of your lo. My sincere condolences."
35 minutes ago