new kid on the block

I'm not really used to this "Ning" thing, and I still have to discover how things work
on here, so I don't know where I need to post a presentation of myself on this forum...
ok, let's try here :D

After a long time at reading and listening to Cigar Box Nation, I finally took
time to register and create a profile on the forum :-)

And boy does it suck!!
The good news is that I've learned so much from the mistakes that I made on this one that I'm sure the ones to come will be much much better

After I finished my oldest son's CBG , I made this little ditty using the three CBGs that I had built to date. Normally I play a lot of blues but, this one came out.....different.

Current work in progress... Much work ahead but, I am feeling good about this one. Not a true CBG (the box was handmade by an aquaintance). 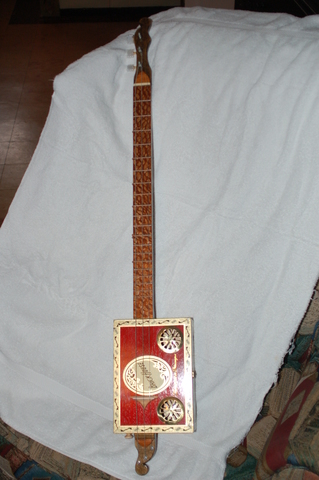 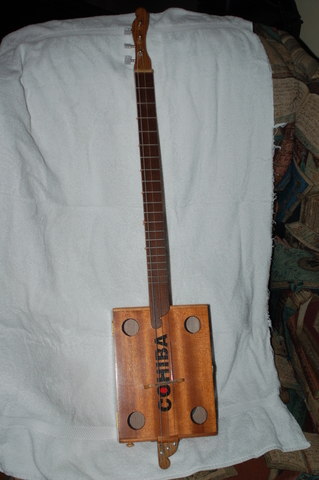 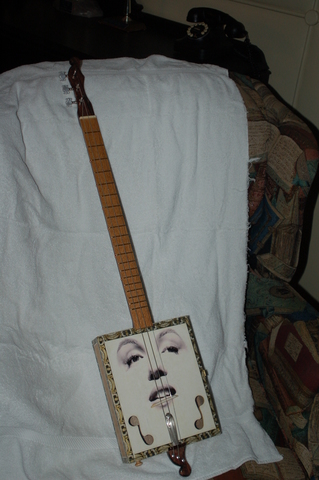 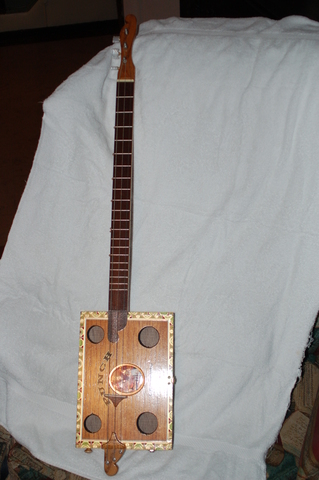 I've been a little busy creating CBGs #8 through #12, so I haven't added anything here for a while. Take a look and let me know what you think, and any recommendations you may… Continue

Didn't know where else to put this link really, has some useful info on it.…

first build cbg, would like information on dulcimer freting

just completed my first cbg,can any one help on dulcimer fret calculation.

the sizes are nut to bridge 650mm. length of neck from nut to box 420mm,hope somone can help, peter.

Hi I would like to try and builb a cigar box amp,does anyone have plans they want to share mith me. Thanks

Hi
I would like to try and builb a cigar box amp,does anyone have plans they want to share mith me.
Thanks Continue

I just finished a cbg lo-fi folk rock album. It is essentially a children's album (at least that was the idea when I started). I posted the cover art (supplied by my niece Audrey Withrow), the track listing, and a few tracks on my page here. If you're into homegrown cbg music head over to www.cdbaby.com/withrowkirk3 and check it out. Leave a review or otherwise let me know what you think. Thanks.

Tip on keeping neck and fretboard from sliding when gluing.

Just wanted to let everyone know the tip I read or saw on the site works.

Use a small wooden dowell, drill a couple holes through the neck and the fretboard. I drilled one hole at one end and the other at the other end. Apply glue, smooth it with a card, put them together; then stick the dowells through the holes. I put some glue on the dowells before sticking them in the holes. Apply clamps. Let glue dry, cut off the…

This is my first cbg build,need some info please.

I got from stewart-macdonald volume,tone and jack kit,I have one pickup on my cbg and the wireing diagram I got in the kit shows how to wire but not with just one pickup, can someone help me.
Also need plans to build the neck,I have some idears but still would like your idears also.
Thank you
Ps,sorry for the writing mystakes,I am french,sorry

Thank you, very much. It was unfamiliar a bit to me posting and blogging, the web surface have played a trick on me, and that's why I sent a short bio like this. The documentation is NOT that "tabu" -address, of course.
If you interested in the DiY-way of the CBG-making, the full link is this:
http://www.tabulatura.hu/blasius/cbg/index.htm
As I mentioned, this is commented in Hungarian, but the pictures are clear, I… Continue

Started by Tim W in Performances, How to Play, Lessons, Concerts. Last reply by Timothy Hunter 9 hours ago. 3 Replies 0 Likes

Started by Tim Ahlberg in Performances, How to Play, Lessons, Concerts. Last reply by the anonymous pick 17 hours ago. 4 Replies 0 Likes

"That mutt peed on my tulips."
1 hour ago

"Thanks I owe it all to Dave's electric dog!"
1 hour ago

"Cooking with POWER, John."
1 hour ago

"Shuffling off on a south bound.  Cannot blame you a bit.  That is bluesy good."
1 hour ago

"Thanks, Bob.  All aboard -just ask and your ticket is ready."
1 hour ago

"Hoodoo this spell on me?"
2 hours ago