Last night was my second open mic at the iconic Caffe Lena in Saratoga Springs.  It was largely the same crowd of seasoned and extremely talented blues musicians as last month and I was tremendously better prepared for the scene.  And I didn't let the intimidation factor get to me like last time. You know, the guys who can play more notes than I can hear, the sideways glances that say, "he brought guitar again,"  and the pictures of Bob Dylan on…

How to taper a Cigar Box Guitar neck with hand tools

All the news that's fit to strum. 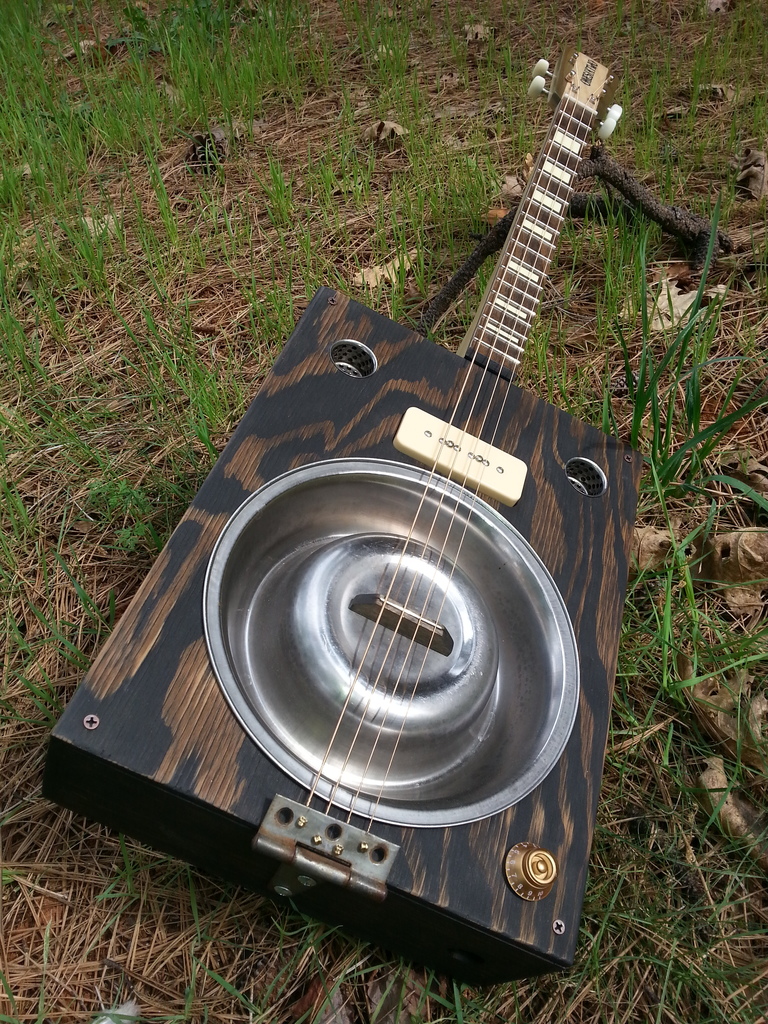 Shake em on down interpretation of Cigarbox Henri & Friends (NL)

Going to start making very beautifull 15 inch concert ukes...question for anybody out there...what strings should i use...nylon?? or do i use something else??? aswell tail pieces..what do people use for Ukes thats simple:) anybody who would like to respond that would be great..

.I might just make them through box necks ..so the strings a directly in the wood

A Brief History of Sleepy

Guitar making must be in my blood.
I am told that I started at the age of 4, when I dismantled (broke!) a plastic guitar toy, and then managed to fix it, but I don't remember much about that.
My first foray into guitar building was around 1958 (yep,I'm that old!)when skiffle was the rage. After several aborted efforts, I managed to make an acoustic guitar from a tea chest, and some lengths of discarded wood mouldings.
Using a shopbought guitar from a friend, I traced out the…

Just a quick view of the process to make a plectrums of wood:

First we cut little wood blanks and add masking tape to the sides and apply super glue to hold them together.

Its the trick in this video.

Them glue the printed shape on top and sand it to shape with a sanding block. In this case the shape is Jazz III.…

So this is my latest build, a telecaster based guitar.

Body and neck is AGBA

Body stripe and headstock back veneer is Pau Ferro

and the backcover has a piece of IPE(holding the strings)

Here are some photos of this build:

First steps are to remove excess wood and get the basic shape.

As a new CBG addict I'm already starting to notice changes in my behavior and personality. I need your support!

Things just aren't the same anymore. Little by little I'm noticing the changes.  My junk drawer has new meaning, and going to the hardware store is no longer just a errand, but a quest for inspiration.

What do you say to the overly helpful hardware store clerk who has noticed you hanging around his store looking at every hinge, bolt, threaded rod, drawer pull, drain cover and grommet on display. He's noticed that you have been there for quite awhile, apparently without purpose, a far…

The Cigar Box Nation newsletter: All the cool stuff happening in the Cigar Box Guitar Revolution.

Want more news?  Read the C. B. Gitty Newsletter and find out about new tools, building tips and more. 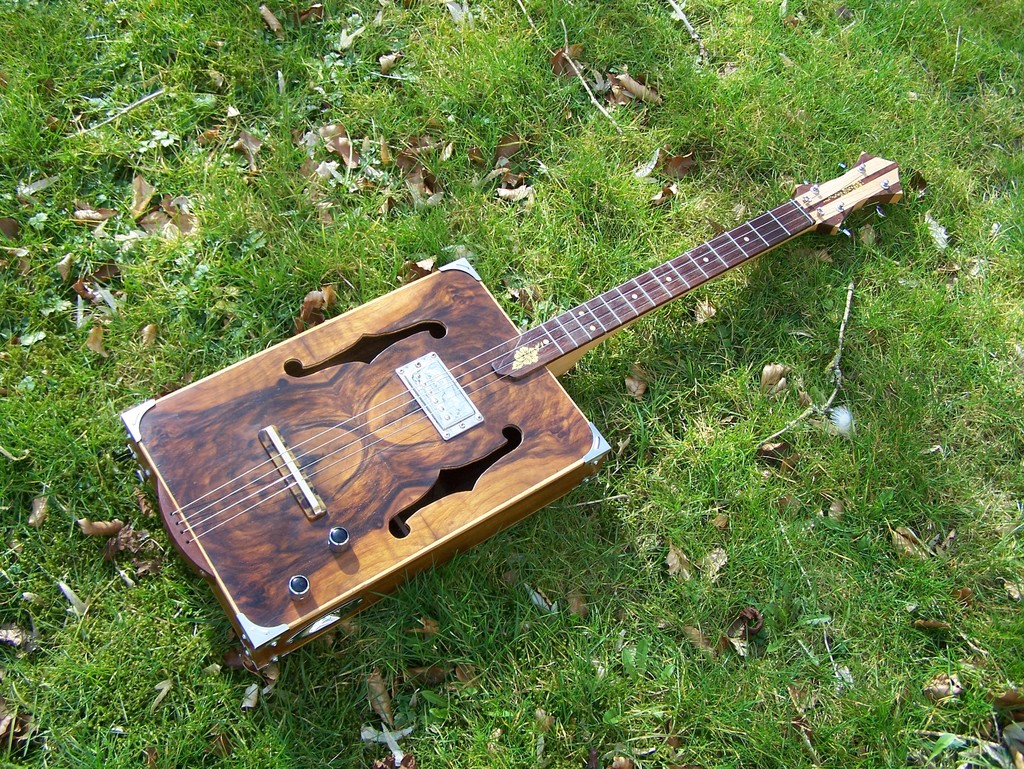 Why I marked my CBG's fret positions like a banjo instead of a conventional six string guitar.

It seems pretty much standard for conventional guitars to have fret position dots at fret numbers 3,5,7,9,12,15,17,19,21. Five string bluegrass banjos are marked almost the same, but a banjo differs in that its fingerboard usually marks the 10th and 22nd fret instead of the 9th and 21st. The…

I am working with a customer that wants a lute (8 string) washtub instrument.  I am looking for a builder that can build the neck.  Any ideas would be great.  I would like to see pic. of their work.

Thanks to all of you who are building these wonderful instruments and keeping a great tradition going. I am joining the revolution.

What do you think is the Most Basic Cigar Box Guitar?

What do the Purist say? Just a Box a stick and wire, or thats only looks,it haz to sound like a super monster Killer guitar and look like crap, is there a general consensus on this or as many ideers as players and Builders! Are there Fraction,Left CBG Camps,Right CBG Style groeps? how is The USA Divided in to south style,midlands groove ,swampy build? whe wonder about that here in Europe, You guys live it day to day, tell us about that, are the river people more licence plate orientated, who…

Any you guys and gals located in the Burlington, VT area? I moved here a month ago and would like to hear from you.

After a couples years absent from this fine site I have returned. Academia, a new child, work, and recent move has kept me from playing and building but I'm back in the fold and looking to talk to all my friends...old and new. And get back to playing and building.

I made two necks out of walnut with scarf joints, seemed nice and straight prior but now I notice a…See More
42 minutes ago
0 Comments 0 Likes

I use my iMac and iPad to access the site using Safari as my browser.  There are multiple links on…See More
47 minutes ago
0 Comments 0 Likes