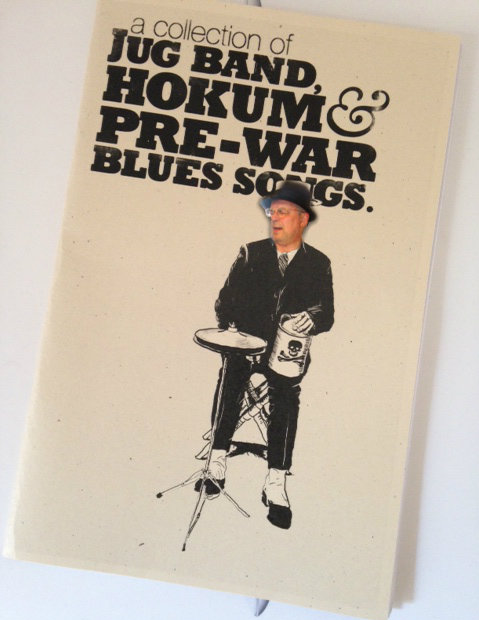 following the youtube video I found recently and have posted

Here are some essential songs for you to have a go with.

This follows a small song book that has recently arrived through my door.…

In my last blog we had a discussion about learning and how the brain makes it all happen. Iit’s good to know this stuff because it has implications for how we practice. If we can do it smarter it'll not only be easier but we'll get better results.

Much of our practice is simply repeating a particular set of movements, in the process engaging nerves and muscles in a specific order. Initially these movements take some conscious effort but once the neural conections are established they…

Prison Chants and the Blues

The video above was shot in the control room of Equinox as we were listening to the first few overdubs of Strung Out Drunk and Busted, one of my originals written for this…

I've just finished this..what a challenge it's been..and long overdue in the completion. It's an Appalachian mountain-style banjo for Hollowbelly. This is designed to be a stage instrument so I opted to use a Fiberskyn head instead of a natural vellum as it would be less prone to variations in humidity and temperature, and it's also got a pickup in it. The tailpiece is designed to accept loop-ended banjo strings or ball-end guitar strings.…

Ok. so time for the real deal.

I've been thinking about a first build, nothing crazy nor super expensive.

does anyone have a recommendation for a first timer? any project will do as long as i learn from it.

Well they can’t both be right, or can they? Of course as children we were sponges, everything was new and learning was as natural as eating and sleeping. What happens as we get older? Is it different for some than others? Is there something about getting older that makes it harder to learn, or at least different?

Here are the tabs for my last video lesson 'Bluegrass Cigar Box Guitar Part 3' download them below :)

This post is in response to the large number of discussions i've seen on where a beginner should learn to play cigar box guitar.

In my experience, there appear to be two types of players (a spectrum in any case).  The first type of musician or instrumentalist are those through whom the music naturally flows.  For some reason these people are born with an innate gift of music.  Instruction means little to this person as they play predominantly by ear and natural ability.  They have…

Shane Speal is blogging about each day of the Shane Speal's Snake Oil Band recording sessions.  The album will be released on C. B. Gitty Records in May 2014. 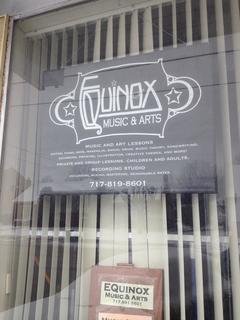 My name is Alvaro and I'm new to cigarboxnation. I have always been interested on learning how to build things since i was young, with zero experience I hope to meet many people and learn a lot here!

After over a year of hounding we finally got COSTC to do a story on Cottin Pickin Blues......Big time credibility to the Revolution   So many orders coming in.  Be careful what you wish for  LOL!!   http://j.mp/P1xKMu

New buildings at the school are finished.

Hi all, It's been a long time coming but the new buildings are finished at the school and I can start the Cigar box guitar classes once again. I start this weekend and will continue from now on. I had to change the classes for the last few years to things like jewelry making do to not having a place to do the shop classes but that has come to an end. I'll post pictures as I can. you can reach through the club or here,…

"Mairi's Wedding" - A popular Scottish wedding march that sounds good on a dulcimer.

The following song is in ABC music format and it should be cut-and-pasted into an ABC converter program like the "abcConverter" on Mandolintab.net. Once you submit your ABC file, the converter will produce a quick and dirty image of your musical score which is then displayed on screen. Above the music, in the center of the screen, you should…

Started by the anonymous pick in Performances, How to Play, Lessons, Concerts. Last reply by Uncle John 16 minutes ago. 5 Replies 0 Likes

Uncle John replied to the anonymous pick's discussion Update on cbn member “ Maddog “ .
"Guys, I did not know Janet well, but think it would be good to tell you a bit about her and…"
16 minutes ago