whats the best strings for a real deep tone

I see that Stew-Mac charges about $100 for their fret saw & miter box. Yikes! Does anybody know if you can use a regular miter saw & glue w/ "jumbo" sized fret wire stock? Alternatively, I have a jeweler's saw, which I see are sometimes called fret saws. Can I use that to slot for frets? How? 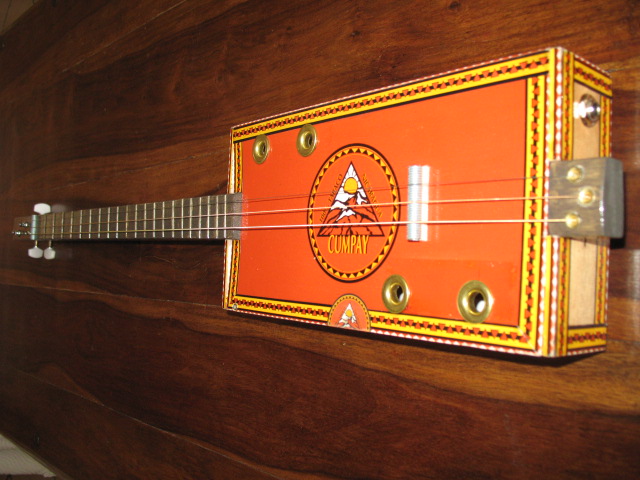 Besides loving to build instruments...I love to write songs!   I write songs with my wife Cyndea, and together, inspired by CBN....we put together  http://www.songwriternation.com/     If Songwriting is your "other thing" like it is mine...you should check it out!!  We're trying to nurture songwriting like CBN nutures building!  Hope to see you there Songwriters!

Before Fleetwood Mac became the 7o's hit radio powerhouse of the 70's they were an innovative blues band, the instrumental "albatross" has haunted me for years (in a good way) here's a stunning live version played by Rick Vito. Talk about tone and control with a slide bar!!!

Just got back from my "niece".  I left her a guitar and a ukulele a few weeks back to paint on. I asked her to paint a picture of Elmo on the ukulele for the Beast, and it looked great.  It needs another clear top coat, and strings. I will post a picture as soon as I get them.

Oh well, back to the drawing board!. Started having all types of problems crop up, starting with gluing the box shut when I still needed to access the insides, problems compounded from there. Well suffice to say I made some quick changes and completed a fretless three-string CBG.  The box was too thin for good acoustics, but is ok for The Beast (my 2 1/2 year old grandson) and his friend JoJo (6 years) to play around with. I gave JoJo a similar fretless 3-string CBG the other…

Old instrument... Does anyone know what this is?

next will be cutting off the ends of the neck stock to get rid of the bad ends created by the planer and then marking our neck blanks for the 20 degree angle needed for the headstock relief and marking the  cuts we need to fit the box lid. the finished neck will look something like the one in the picture…
Continue

As for the build, I'm sure I'll have a bunch of questions, especially on the wiring!

I created this blog to show all of the building techniques that I use up till this point with the knowledge that I have at this point in time. I have not built many guitars but I have built many things using various tools and techniques. Check out my other blog nicolacycles.blogspot.com to see some of the bikes and fixtures I've made.
to me making a… Continue

I was watching ESPN's 30 for 30: Birth of Big Air.  Mat Hoffman is being interviewed at his home and noticed he has a CBG hanging on his wall.  I've seen the photo of Johnny Depp with his CBG.  Is there a CBG sighting forum to post at or look pictures of famous people with a CBG ?

So, following my break/holiday it was back to work for a fortnight of difficult (and long) shifts.

However, I did manage to fit in a couple of open mic sessions. One was the monthly 'jam night' at the Plough where, having arrived late after a long shift, I played my cigar box fiddle performing (for those that know or care) "Lincolnshire Lads", "Fanny power"…

Down time on messin with CBG's !

Well I have been kinda in a state of suspended cbg building and playing this year.

Seems as though every time I get an Idea something comes up that is more important.

Back in April I rescued a baby raccoon and we have been raising him to be released this spring. He is like having a 2 year old again , into everything but he has been a fun and learning experience. I love nature and all of God's critters.…

Besides CBGs, I have taken to buying el-cheapo plywood Les Paul Jr. copies on Craigslist and modding them up.  They're easy to work on because the wiring's simple and they have a bolt-on neck.  Here's one I got for $80 including the case: 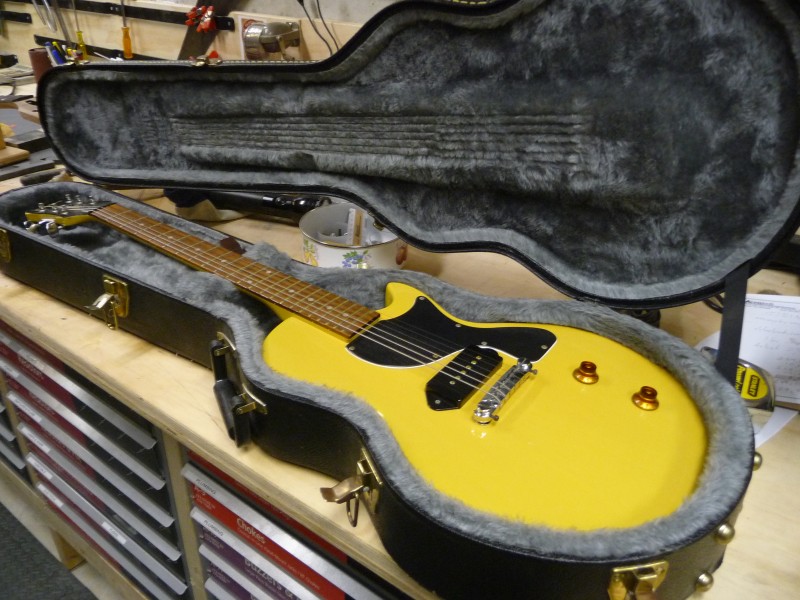 First thing to do is properly route the pickup cavity for a full-size P90:…

Started by the anonymous pick in Performances, How to Play, Lessons, Concerts. Last reply by T-Gripped 6 minutes ago. 4 Replies 0 Likes

T-Gripped replied to the anonymous pick's discussion Update on cbn member “ Maddog “ .
"So sorry to hear of your lo. My sincere condolences."
6 minutes ago

"Thank Bob and Uncle John, The soundboard wood is acacia, and the bridge is french oak from a local…"
39 minutes ago

"Thanks Bob, I had another La Aroma box, but this was an older one. I discovered after cutting the…"
41 minutes ago

"Thanks Dave, I built this for a friend who gave me the box. I will be giving it back to her next…"
45 minutes ago

"Thanks Bernie, it was the right price too!  Can you post a picture of yours sometime?  I…"
46 minutes ago