can anyone tell me where those small screws for retaining tuning pegs go?do they have a meeting place,say like loose screw nation?are they at your place visiting your machinehead retaining screws?if they are could you send them home?at least 3 of the goldy looking ones anyway,thx

Hello Sadness  Better sounding recording than I usually have.  It's 3 tracks of 3 string acoustic blues.

Has anybody out there ever used flats strings on a cbg? if so.. how does it sound and would you play them more than normal conventional strings..anybody??? :)

Its been a long journey, but I recently finished my first CBG Build (Name: BOOMSTICK)  Sorry about pic quality, taken with phone.  … 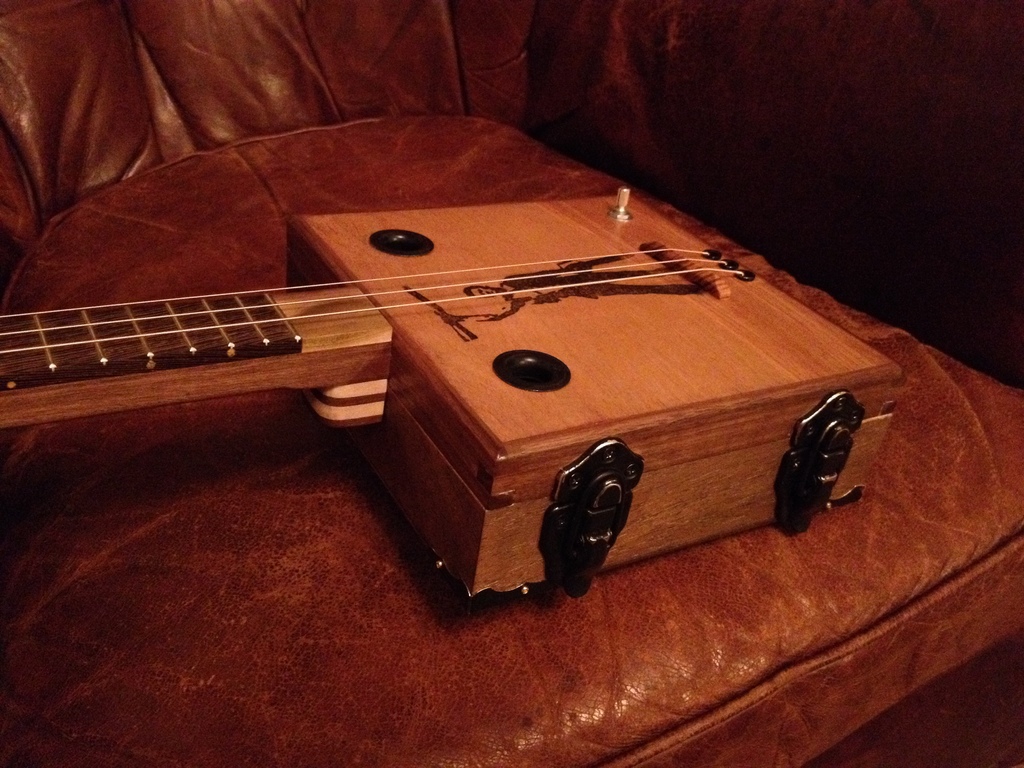 So this is my 2nd build, but neck is a fixed mistake from my first build.  Glued up the fret board to the neck and brought from cold garage to my warm (more humid) basement to finish and it really bowed.  Thanks to some advice from Chicken Bone John I planed it down and made it fretless.  Partial through neck design, all screwed, not glued. 24.5 inch scale length.… Cut a 2"x2" strip of Maple. Rough cut shape of neck on bandsaw and fine tune with rasp, file and sand paper.

Have Flat Rats check it for quality control. 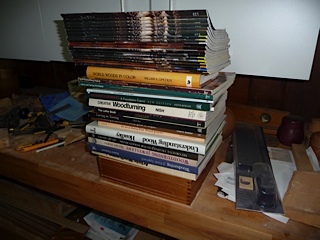 How to build a Fairy Cigar Box Ukulele and Flat Rat house. (Part One) 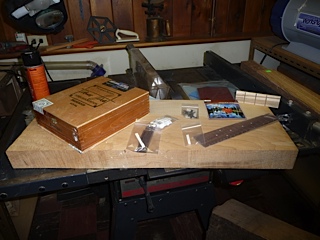 Dive Bars - An Appreciation
(I took this picture on Friday night before we started our first set.
The sign was in the rear of the bar.)
We…
Continue

License Plate Guitar - Keep it in the Family

Here is a blog post from today about my license plate guitar: http://sincerelyiris.blogspot.com/

Many of the other posts are about songwriting, homemade pedals, alternate album covers, etc, but there will be more posts about my guitar this week. 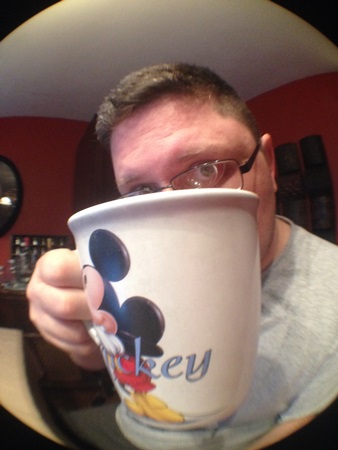 What size strings should I use on a 3 stringer, trying to go g-d-g

$16 + shipping.  On sale at www.cigarboxguitar.com

Just in time for Chinese New Years, a popular Chinese tune called "Mo Li Hua" ("Jasmine Flower"). This song is presented in ABC music format and it should be cut-and-pasted into an ABC converter program like the "abcConverter" on Mandolintab.net. Once you submit your ABC file, the converter will produce a quick and dirty…

havent built one befor, the instructions where better than other download. did make a pie pan bango as a scout project.

scroushled an old guitar from a trash pile, and resected enuff too play it, when i was in high school. iv'e been studying the ukelie the past eight years,strum my guitars as long as arther will let me.

Hope to see you there!

As we begin the New Year (2014), I've been reflecting back upon the experiences and lessons I have learned on this new life adventure that I "Officially" began in May of 2012. I call that my beginning as it is the date I built my very first stringed instrument. A Kinnor Lyre Harp... I still have this instrument, and I'm still trying to…

My continued adventures in pickup building

If you haven't read the last instalment:

...so, the problem I was left with was that I hadn't grounded the strings and both my tailpiece and bridge…

I'm very new to cigar box guitar it looks like the strings are to high and is really hard to play. My question is what is the height the strings need to be?

"Very clean and nice."
8 minutes ago

"Cooking with POWER, John."
10 minutes ago

"Shuffling off on a south bound.  Cannot blame you a bit.  That is bluesy good."
10 minutes ago

"Scaring me"
12 minutes ago

"Thanks, Bob.  All aboard -just ask and your ticket is ready."
15 minutes ago

"Hoodoo this spell on me?"
20 minutes ago

"Talent is the ability to play almost anything...you own it!"
24 minutes ago