Making my own 3-stringed instrument has been such a joyous revelation! It began for me when I met an ex-fourth grade teacher from Montana, named Ray Jacobs. We were in California, where he was helping people turn cardboard and scrap wood into something that looked like a 3-string banjo — it sounded just amazing! And it looked so simple! I thought “shoot, I could…

I'm still pretty buzzed about and thankful for everyone who contributed to "Time Stands Still On the Burying Ground" collaboration.  If you haven't seen it, the video is on my page.

I had an idea for another collaboration that should work equally well, but different in organization.  I know that some suggest a specific order of events for a successful collaboration, but stick with me for a sec.

I have a riff I put together that has slowly evolved into a song.… 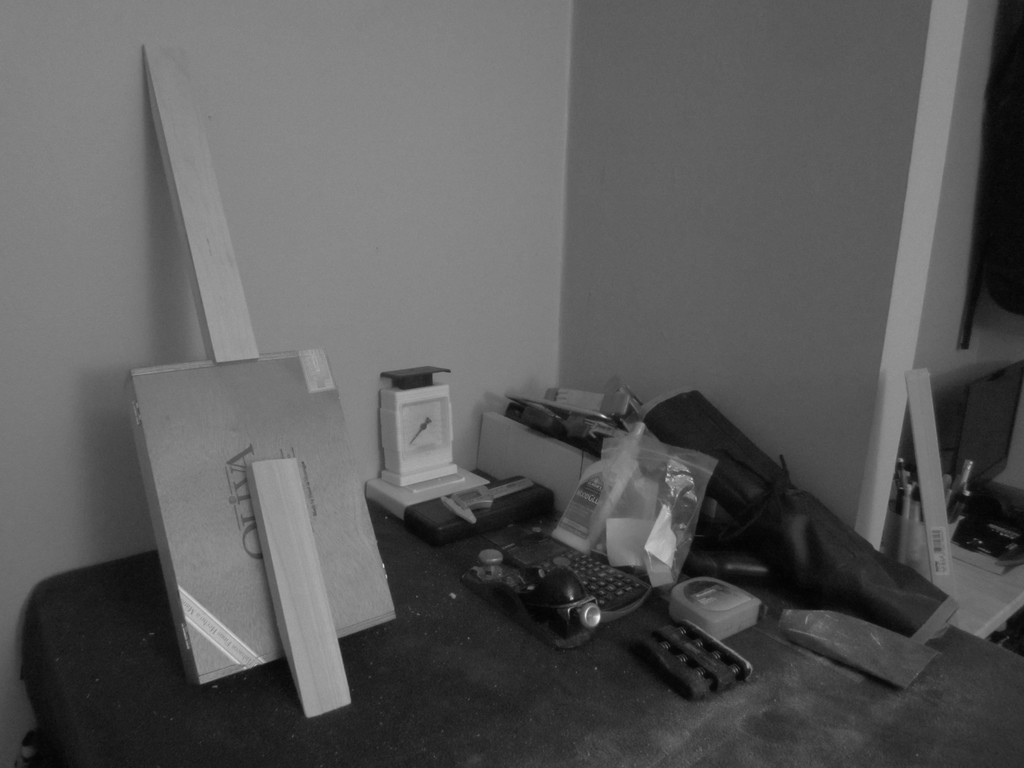 I've been gathering parts for building a 34" scale 2 string side bass CBG. I'll make this a hybrid uncle crow, meaning the neck will sit atop the cigar box with just a retaining block and electronics in the cigar box. This should be structurally very strong without a truss. 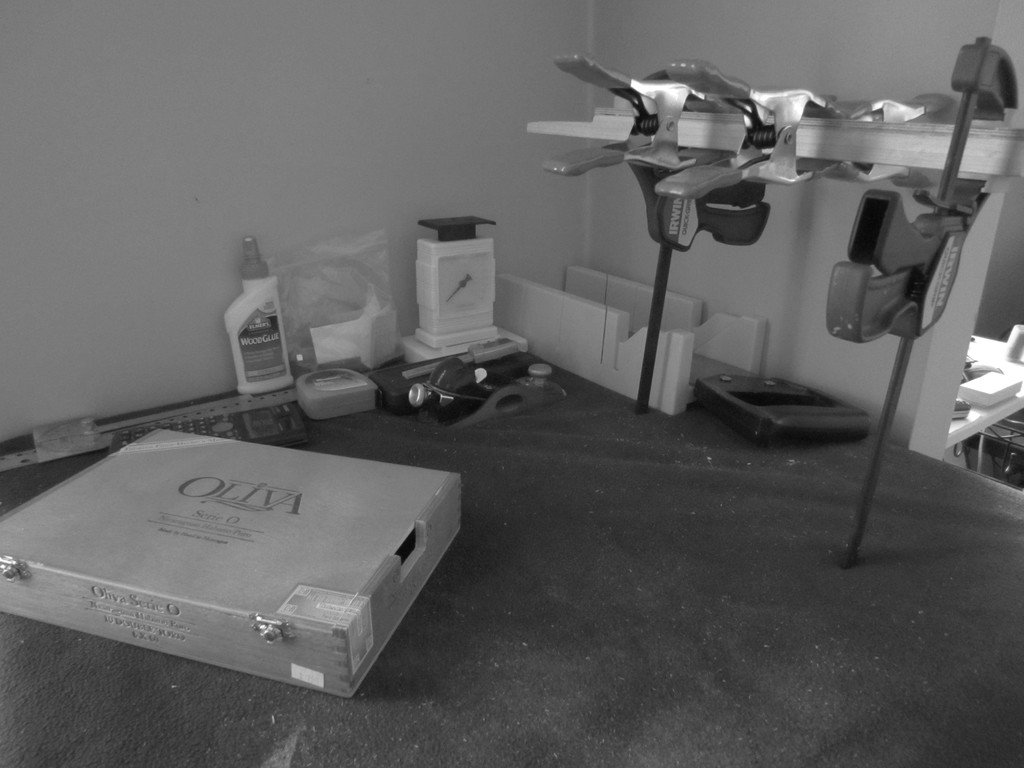 How To Read Tab For 3 String Cigar Box Guitar

This is a basic tutorial on reading tabs made by me for 3 string instruments. For a guitarist, tabs are a simple way to learn songs without having to read musical notes, and tabs can also show many of the same things as musical notation such as timing and special effects like hammer-ons and vibrato, but rather than generically telling you what note to play, it tells you which string and fret. After learning the basics, most guitarists find tabs more intuitive…
Continue

This is a commission instrument for John Campbell.  It's name is Newgrange, inspired by the prehistoric monument in County Meath, Ireland.

Here's a pic of the progress so far - a Las Cabrillas box, and some maple I decided to put a strip of…

Took a hard look at surface planeres and planer/joiners this morning at Lowe's and decided that I have no real justification for spending money on either. I could buy a lot of 1/4" and 3/4" dimensional lumber for $500. Maybe I can pickup a bargain at an auction this summer.

Well I have made some progress and got me a dod o' wood. Its a left over piece of my kids bunk bed. Its softwood but should be ok for a fretless guitar.

Still unsure if I should go down the hardcore route of building my own pickups or be a big jessie and buy one?

Has any one tried making these coin picks. I dont know the benifits over nylon but they look cool.  people are asking $10 a pop on ebay for a quarter.  Thought I 'd give it a try today .Fairly easy to do. Start out with a bench grinder , then over the my worksharp to polish them up. I prefer something a little larger so I'll try a dollar coin next. Nickle is a golf ball marker. … What can I say? Shameless Plug... How To Learn To Play Your 3 String CBG

First off, I'm not a teacher. I'm happy to help as I can, but I DO NOT TEACH CBG! People ask lots of questions about my theory and tab posts, and I want to help, but the truth is, I AM NOT A TEACHER!

So, you built you a CBG and now you want to figure out how to play it. You're in the right place! Check out the free lessons under "How To Play".

If you have no clue or experience playing guitar, start with CBG 101 and Knot Lenny's videos, they'll get you off on the right foot.…

A diagram for a tele body

Picked up 13 great boxes for $3 each at Royal Tobacco, 4700 Cemetery Rd., Hilliard, OH. They had a ton of them and it's the best variety I've found since I began building CBGs.

Fun with nails and clowns

Yesterday was busy but I didn't get a lot done on builds.

Went to Lowes to get supplies. They were completely out of the sink strainers I like to use for sound holes. Crap! I did get some new carbide bits, more wood stock, a thin blade for my miter saw and various bits.

Took apart and cut up an ancient tin circus clown toy drum that is going to become a resonator plate for a guitar. Sure, I could have just cut a hole for a neck and Bob's your uncle, but the sides were…

I'm sick of finding a cigar box that looks nice but it's a little small and the shop owner wants seven or eight dollars for it.  Often times I walk in to a shop and find nothing at all in the size range, so I just decided to not play any more. I have a nice little stash of boxes for when I want to revisit that method but making my own boxes I can have exactly the size box I want and my soundboards don't wind up being masonite.  I have two of my smaller sized boxes ready to install the necks…

Started by the anonymous pick in Performances, How to Play, Lessons, Concerts. Last reply by Uncle John 49 minutes ago. 3 Replies 0 Likes

"Thank Bob and Uncle John, The soundboard wood is acacia, and the bridge is french oak from a local…"
21 minutes ago

"Thanks Bob, I had another La Aroma box, but this was an older one. I discovered after cutting the…"
24 minutes ago

"Thanks Dave, I built this for a friend who gave me the box. I will be giving it back to her next…"
27 minutes ago

"Thanks Bernie, it was the right price too!  Can you post a picture of yours sometime?  I…"
29 minutes ago

Uncle John replied to the anonymous pick's discussion Update on cbn member “ Maddog “ .
"Hello, Patrick.  Kinda and I have been thinking of you.  Good bless."
49 minutes ago

Anyone interested?If you have waterproof, good quality sticker with your cbg I'd like to exchange…
57 minutes ago
0 Comments 0 Likes