Knowing now that I was just never putting enough tension on the strings I pulled out CBG #1 and just kept cranking until it was tuned. Wow, sounds a LOT better, imagine that!

Of course that also put enough bend in the neck that it looks more like a bow than a guitar. Fretting is all but impossible, but with a slide it seems to really sing now. I may have to go get some low tension strings to try it :D Neck bending on #1 was why I decided to use Oak instead of Poplar on #2, oak being… Continue

Guys, I have seen so many folks use God knows what to cut fret slots. Hacksaw blades, coping saw blades, knives. Well, if you want to cut them right, you have to use a decent saw. First, let me say that if you use Stewart MacDonald fretwire (or any fretwire that is .024"tang), the BEST tool is their fretsaw. Make no mistake, that is the tool to use. BUT if you are not inclined to buy a $30 saw, try this saw: …
Continue

Wow, there's nothing that get's the ol' blood boiling and the body moving like inspiration from a fella's peers.

Just this past week I was reading Shane's suggestion that designing and creating a CBG was simply not enough of an accomplishment, and that in order to really enjoy the effort you gotta get out of the workshop and light up the box in front of an audience. It didn't say that talent was an important ingredient . . . just get out there and play!

new to this site would appreciate any help

New to Cigar Nation really dont know what to expect. Dont know how to find responses or comments.

Cuban Cigars originate from Cuba. There are lots of things you'll find fascinating Cuba and what it is famous for. It is a small island that is located just few hundred miles away from the Florida coast. It is mostly famous for its rum, dancing and women.

Cuba is very famous for its world-wide famous cigars. They are considered to be the best as well as expensive ones. They have become a style icon as well and these have also been labelled as the forbidden fruit; it is because of… Continue 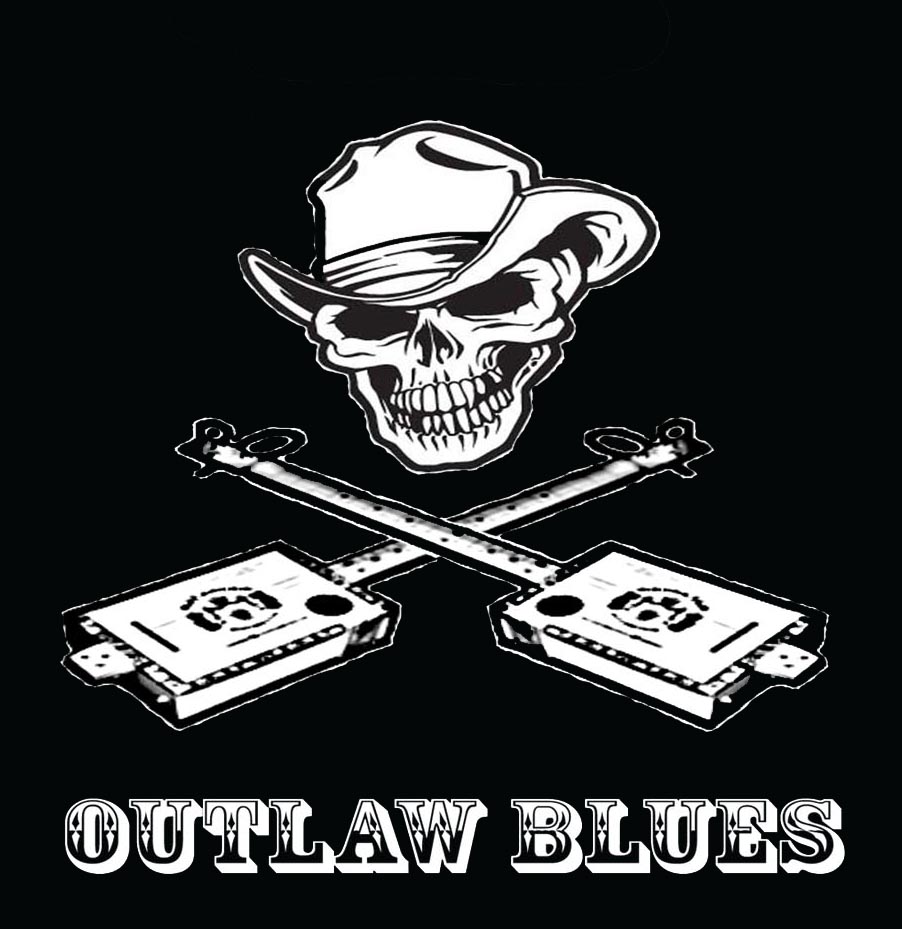 Check out my custom cigar box tea shirts at my Zazzle store.

Check out my custom cigar box T shirts at my Zazzle store.

Featured this month is my outlaw blues T shirt.
I will have more shirts in the future.
Have fun viral marketing our favorite hobby with a one of a kind discussion starter!

Hey y'all, Ga. Boy here. I have made a bunch of guitars and dont really know if there is a standard length for the neck or if it really matters or not. Any ideas?

Well, the bug has bitten. I am in the process of making my first CBG. Hopefully it will turn out OK!

We're pleased to announce that our January 2010 Deep Blues Film Festival will be an official event of the St Paul Winter Carnival. Please join us Saturday January 23rd and Saturday January 30th for several great films and also special live performances by some of the musicians featured in the films.

Okay it's not Drag net.. but In response to a number of request, we at Back porch mojo have added a "Parts Pack"
Just the parts, no box, no neck...just the parts you need to make a 3 or 4 string Cigar Box or cookie tin guitar

available in the Back Porch Mojo store

available in a 3 string… Continue

Fingerboard Software (And How I came To Find It)

Hi all,
I have promised to build my 9 year old nephew a guitar.
I was showing The Nation to some relatives during our family Christmas gathering, and Jake got hooked.
When Jake was 5, he tangled with a piece of lawn equipment and lost his left hand and half his left forearm.
He has decided he doesn't want to learn to strum with the nub..... he wants to play slide and be able to finger pick.
Well, I happened to have a bottleneck with me, and (don't ask why) some aluminum… Continue 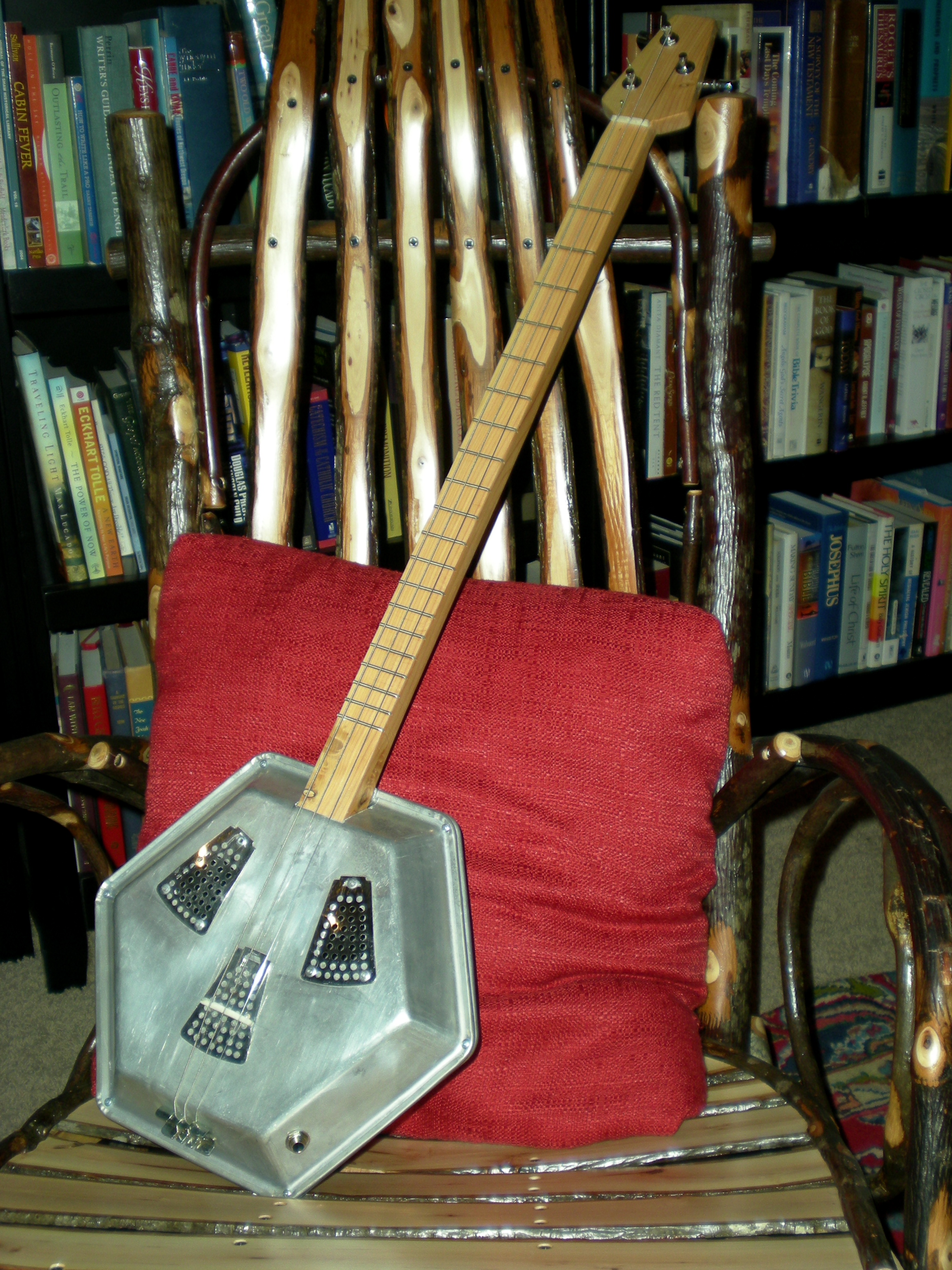 I have several guitars in process, but this is the first that has made it to a playable stage. Didn't have a cigar box I wanted to use so I found a couple of pans at Goodwill. The neck is made from Juniper that my wife and I sawed with our portable sawmill. Plays pretty good and has a nice semi-resonator sound. Definitely learned a lot, especially on what not to do! Anxious to try some other things. Body - two pans from Goodwill Sound hole covers -… Continue 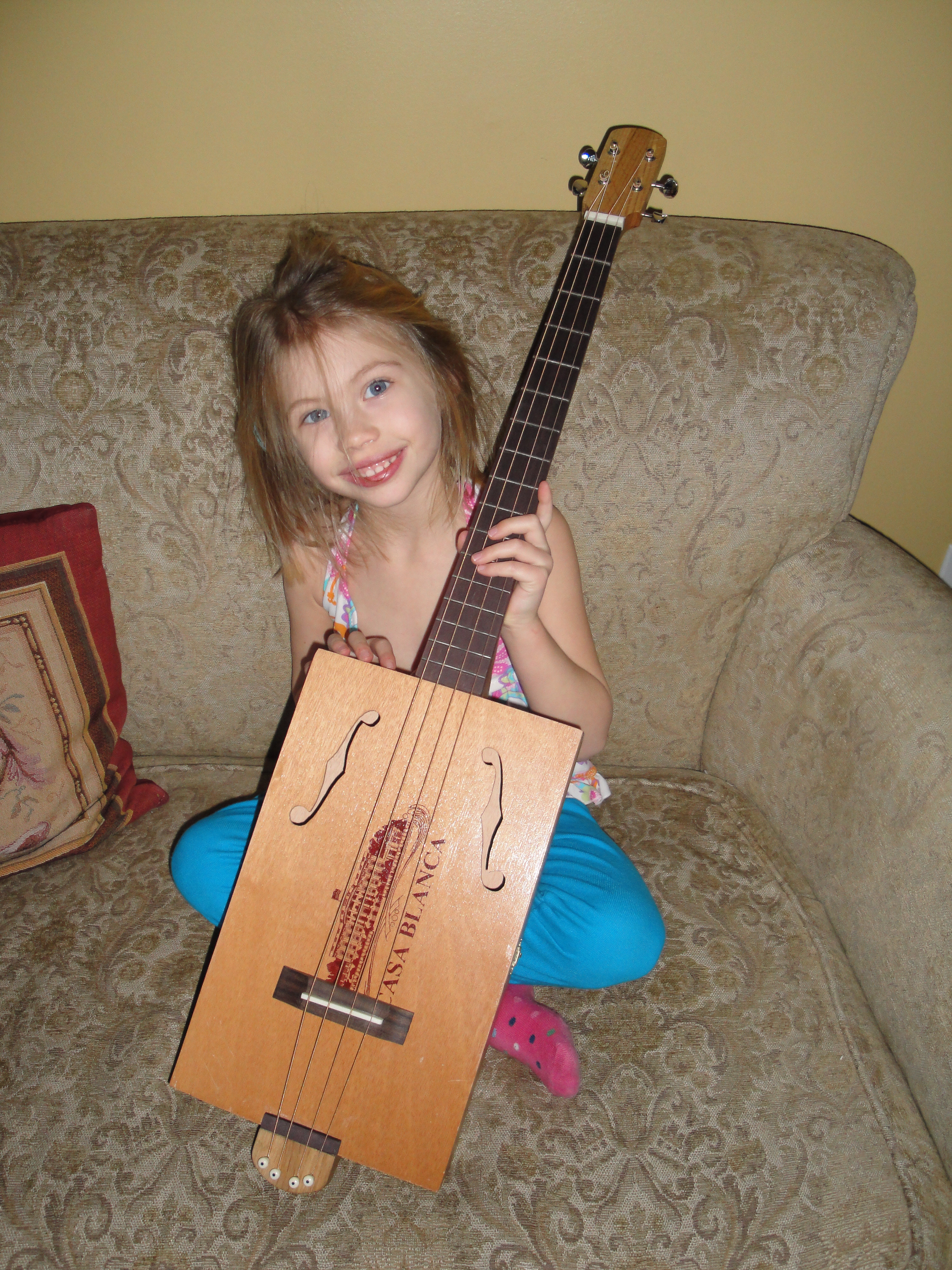 Over the Christmas break, my dad (Pete) and I made a nice little CBG out of a big box. It's a LOUD through-neck four string, 25 inch scale with a tapered neck, four-barrel carburetor, power-matic transmission and a cold six-pack built in (just kidding about those last few). The neck is made from 3 oak boards glued together to make one deep board, then carved out… Continue

Just lowered the prices on my CBG's on my website to be more cost effective in this economy. Check it out!

Today I finished the build on #2. I call this one my "Olli", 'cause it's a Oliveros box. The headstock and tailstock are shaped a little differently than on the first box, and the neck is a deep Mahogany color with a natural color fretboard. The bridge is different as well, but the greatest difference is in the offset of the box to the neck. I wanted to hear if the sound may be more resonant with a larger cavity and 'f' holes cut in the lid. This really sounds good accoustically and is very… Continue

...that I hope never to have to do again! LOL

Last Wednesday I was working on the head piece for my first CBG build. Drilling holes for the tuners that had just arrived. I was feeling pleased with the knowledge that I would soon be done with my first build and that I would probably have it ready before the new year and present it to my lil boy.

how do you add your details to the map

any one else tried making nuts and bridges out of beef bone ? I have found that it works great! it is way more resilient than wood or plastic for this application and cheap too if you get a shin bone at the super market you can get a ton of nuts out of it , just my thought s figured I would share

Started by Tim W in Performances, How to Play, Lessons, Concerts. Last reply by Timothy Hunter 14 hours ago. 3 Replies 0 Likes

Started by Tim Ahlberg in Performances, How to Play, Lessons, Concerts. Last reply by the anonymous pick 21 hours ago. 4 Replies 0 Likes

8 knobs and a bowl ready for firing. Kiln loading next Wednesday. Firing the next day. :*)
41 minutes ago
0 Comments 0 Likes

"power up the flowers!"
1 hour ago

Brent Kasl replied to Brent Kasl's discussion Bridge Shapes over Piezo
"Thanks, I thought maybe the footprint matching the piezo disc would equate to better sound pickup…"
1 hour ago

Music builds community, and so this is a group of people who want to share music with one another,…See More
2 hours ago
74 Comments 0 Likes

"Nice guitar pickin, sliding and images to Hoodoo this Hoodoo Dude. Thanks Andries."
2 hours ago

"Thanks guys. I got home from Monday Music and Yanis went to bed. I was charged up and started…"
2 hours ago