The Future of Cigar Box Nation

I wanted to write a few words to talk honestly about the health and longevity of Cigar Box Nation. As usual, the post ended up being longer than I intended. So, here’s a summary:

If you want more details, here’s the long version:

When Shane Speal first founded CBN back at the end of 2008, MySpace was still fairly strong and Facebook still pretty new and small. At that time the Ning social platform (on which Cigar Box Nation runs) was as much an up-and-coming network as any of the others. It was a perfect place to found a new Cigar Box Guitar-focused social network, and in the years since it has served as the cradle of the Movement.

In the years since, Facebook has grown to mammoth proportions, Myspace has faded away, and the Ning platform hangs in a sort of limbo. Bought out by a larger company (Mode Media), its future has become uncertain and these days it has become nearly impossible to get any sort of answer out of them about what their plans are for the site.

Lately CigarBoxNation.com has had periods of downtime and errors, and while they eventually clear up, we have few ways of finding out (despite filing helpdesk tickets with Ning) what caused them, what is being done about them, etc. We hope for the best, but with all honesty we have no guarantee as to what the future holds for it. For now, aside from the bugginess and downtime, all systems seem to remain “go”, but it’s a scary thought that Mode Media could decide to kill off the Ning platform. I’d like to think that they wouldn’t just chuck a bunch of paying customers out the window, but who knows.

Now, some good news. Cigar Box Nation remains the online home and rallying point of the Cigar Box Guitar Revolution and homemade/handmade music movement - and we have been working hard  to expand Cigar Box Nation to be more than just the original CigarBoxNation.com site. We now have a strong presence on Facebook via the CBN page there, we are creating live video broadcasts as Cigar Box Nation TV (broadcast live on Facebook and then archived on Youtube and the CBN.com site), and more. We are doing everything we can to spread the word about cigar box guitars and other handmade/homemade instruments, and taking advantage of everything social media offers is a big part of that. All of this is being funded by C. B. Gitty, and the ads you see on Cigar Box Nation are a part of that.

We try to keep the original CigarBoxNation.com site involved in as much of this as possible, posting feature content and linking back to it from Facebook and elsewhere, featuring member videos and photos, group discussions and more. It may seem sometimes like we are ignoring the original site, but I assure you that is not the case. We are working hard to keep people coming back, and new users coming in. It all takes a lot of time and effort, and frankly, a good bit of money too, but it’s worth it.

So, that’s about it, for now. The CBG movement continues to grow and expand, and Cigar Box Nation will continue to be at the heart of it, no matter what.

I think all you need is an e mail account now Finder,many alias' are used,settings are adaptable to restrict who may view your content etc,as with any social media platform,it can be intrusive,but you can limit your own input to cover that

I also dislike Facebook for a variety of reasons, personal privacy being among them. I guess us older, tech savvy, folks are a bit on the wary side.

This site has been INVALUABLE for my learning the "How-to's" and an essential part of my day is checking in here.  Thank You Ben.

If ning should go away, hopefully Mode Media will provide an easy means to migrate to another hosting solution without losing content....this is the Encyclopedia CBG.

We've archived some of the content and hope to save as much as we can.  However, the creativity and output of the members is staggering!  We're doing what we can... just in case.

I'm anti Facebook too. I'm on it, but hardly ever use it. I am really suspicious of how it manages to recommend people I know as friends, but the only way seems to be if someone is reading my Yahoo mail.

I understand that I am a luddite, but I hate the intrusive nature of some software. I've been a member of another forum where the hosting company pulled the plug on all the forums it hosted with about 24 hours notice, and everything was lost. Does anyone know how how to scrape the whole site as a backup? Heaven knows how we'd be able to put it all on a new platform, but at least there could be a full archive.

This place is too valuable to lose. Thanks to everyone who makes it possible.

I'm not very active but I do find most every question I have is imbedded in this site somewhere - can't imagine if this site didn't exist. Be nice to find out if there is a way to get a dump of the site so you can migrate to another platform if need be.

I agree with you completely. I haven't been very active lately due to a number of reasons but yes, everything you could possibly want to know is on this site somewhere. It is a veritable encyclopedia of knowledge that can't be reproduced in a FB style site. A full site scrape with periodic updates would be a good idea if the worst comes to pass. A migration wouldn't be easy and a lot of work I know but it would be worth it in the long run I believe. 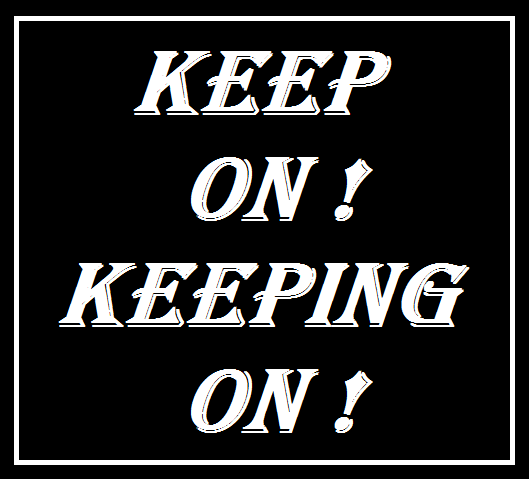 The same reason a missionary goes to the heart of Africa... to preach a sermon.  I've been preaching cigar box guitars for over 20 years.  This site was made to answer all the questions in one place.  However, I still want to bring new people into the fold.  I take the message to Facebook, Twitter and my back porch swing with close friends.   But I still come here to post new info, lessons and how-to-build plans.

Started by Uncle John in Other stuff - off topic, fun stuff, whatever. Last reply by Anthony adams 3 hours ago. 63 Replies 12 Likes

Started by John Derrett in Performances, How to Play, Lessons, Concerts. Last reply by Ian Nolan 7 hours ago. 6 Replies 0 Likes

"Very cool. One of the coolest diddleys ever."
1 hour ago

Mr Snow done a number of songs whit the fact that he is moving, Moving On, and just Moving, from one place to a other , this must be deu to the fact that as...
1 hour ago
2 Comments 2 Likes

Anthony adams replied to Uncle John's discussion Dave passed away on Friday AM, 9/17/21. Thanks for all the well-wishers before and after his passing.
3 hours ago

J.D. left a comment for Jim Morris
"Jim ,,,a man of many instruments! Amazing work my friend. Hope all's been well."
5 hours ago