This cigar box guitar article was originally posted at PoorMansGuitar.com, Shane Speal's blog of all things musical, simple and cool...

Here's a simple cigar box guitar design I came up with using a shovel handle from Lowes. It's presented here in 'builder's diary' form, giving you an overview of the setup.  I encourage you to improve on this design and post your findings in the comments below!

First, a quick demo video before we get started.

There's really not much to this guitar.  I cut the shovel handle long enough to give me a 25" scale, with an extra 4" on each side for headstock and butt.  I used a Forstner bit to cut a circular hole in the side of the box and fed the stick through it.  The 12 Bar Blues pickup was top mounted without any routing needed and a hole was cut into the side for the jack.  I didn't do any grounding.  BTW, this pickup is similar to C. B. Gitty's Wickedbuckers and Elmar's ThinPups. 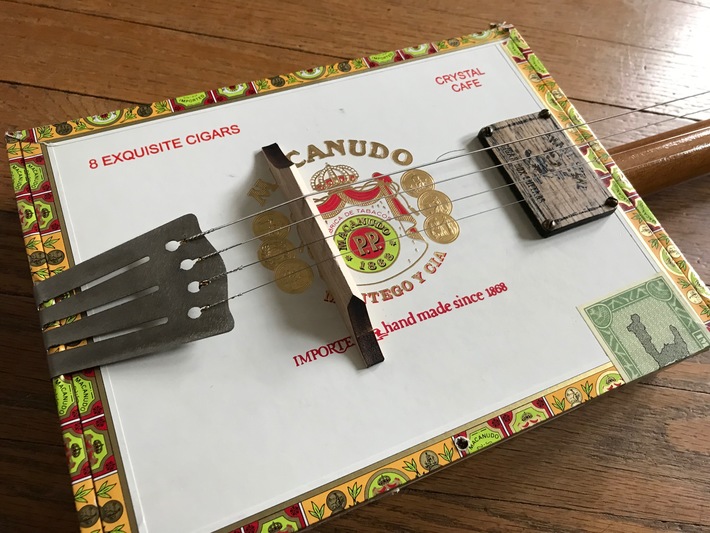 Here's another view of the headstock.  I did put one little tuner screw beside the second string in order to keep it from moving around.  Also, to keep the bolt in place as the nut, I used my Dremel to channel a groove so it would sit flat on the stick: This tuner layout results in an unusual setup when trying to tune the guitar, with the lower tuning keys being positioned on the right side of the headstock.  It's a little weird (and I keep reaching for the wrong tuner), but you eventually get used to it.

One other detail - I scratched fret markers on the side of the neck: That's pretty much it.  Shove a stick through a box, string it up and wail away.  Don't overthink this.

For those who are curious about the guitar slide in the video, it's a Turquoise Guitar Slide from StubbySlide.com.

The old style mop handles, would work great for this too. I have three sitting in my shed, that are 2 inch in diameter. But have another idea, of splitting them in half, then adding a fret board on top. Just need to find someone with a good band saw, to cut them for me. 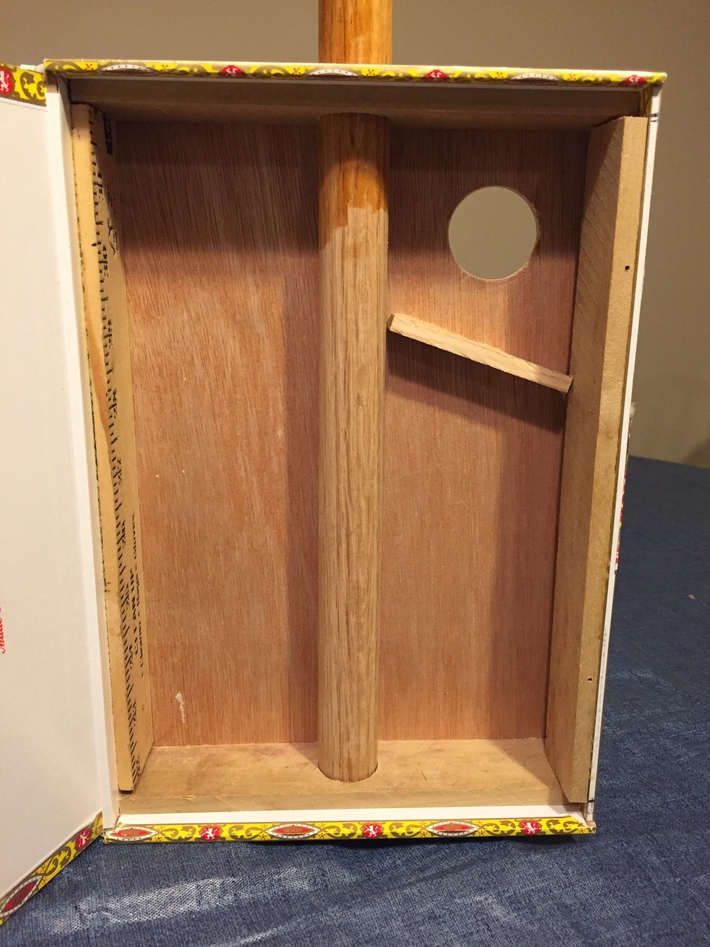 I used a one inch Oak dowel for this 3 string

I recently used a dowel salvaged from an old wooden picnic bench umbrella stand.  Its thick and makes for an excellent handle if you can eve get your hands on one, its worth a try

Started by Fergus Lester in Performances, How to Play, Lessons, Concerts. Last reply by robert jones 19 hours ago. 11 Replies 0 Likes