PDF Download: How to Tie Fret Knots - a Traditional Way of Fretting Fret Not: The Fret Knot is Back by Peter Hoover

"An idea centuries old has returned..." 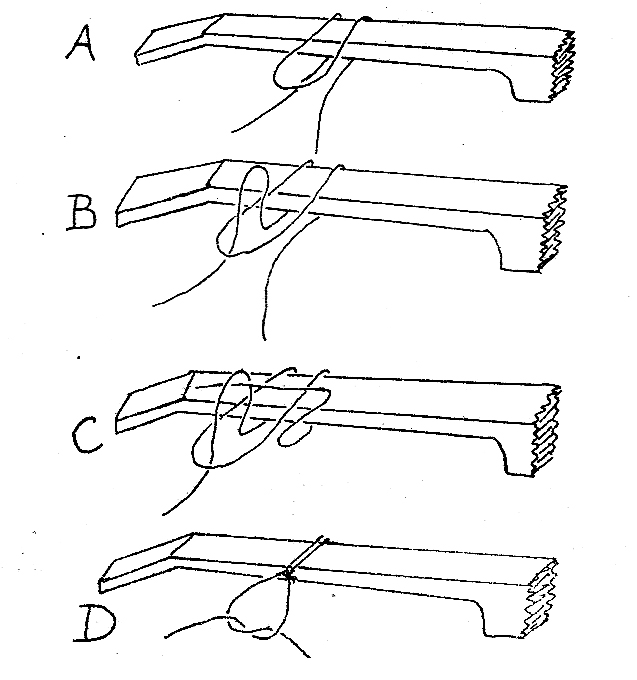 A note from Shane:  This tutorial comes from an old issue of Mugwumps magazine, a now-defunct publication that is getting harder and harder to find.  This lesson on fret knots should hopefully inspire many new DIY instrument ideas from you all.

I first learned about tied fretting techniques when I purchased a tourist-grade Turkish saz during a trip to Israel back in 1989.  The instrument is fretted up the neck with nylon filament frets, each one wrapped around four times. 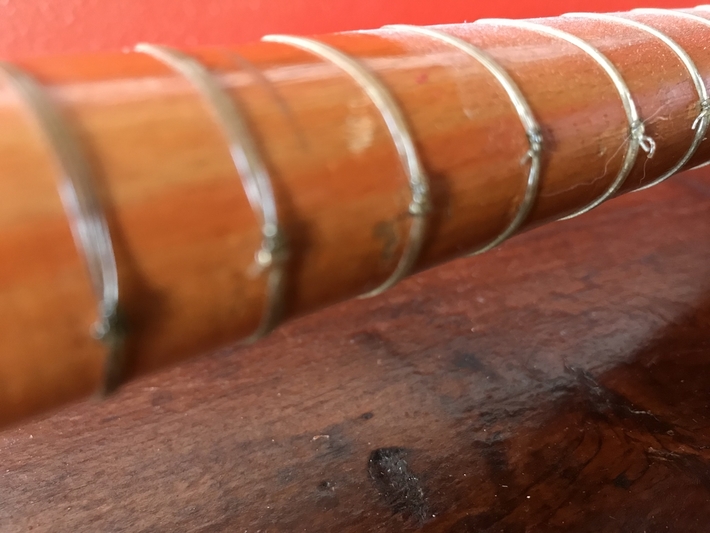 You would think that the metal strings would cut into the frets, but it doesn't The saz plays just as good today as when I purchased it thirty years go! 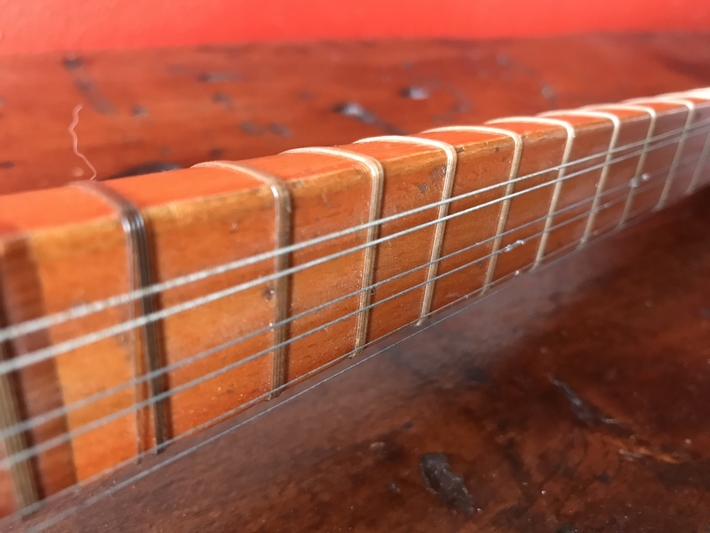 I've scanned the original Mugwumps article and converted it into a PDF so you can download and print out for your own use.

A CALL FOR IMPROVEMENTS:  If you have a better technique for traditional tied-and-knotted frets, please post them below!  If you try any of these ideas, make sure to also take photos and post a builder's diary, too.

PDF Download: How to Tie a Traditional Fret Knot

About these plans:  In researching various obscure musical instruments, I have discovered the treasure trove of information from Mugwumps, a now defunct magazine originally published by Michael Holmes of Silver Spring, MD.  The bi-monthly journal celebrated old time music, unusual folk instruments and served as a classifieds for the emerging bluegrass community of the 1970's.

Shane, that's the exact same method used since the middle ages for the lute and viola da gamba. It's good enough for them -- we don't need to mess with it!

One method I saw did say to tie it a little closer to the nut, then slide it up the neck to tighten it some more (which assumes that your neck tapers towards the nut).

Permalink Reply by Tim Pannabecker on January 26, 2019 at 10:38pm
That is an awesome art piece of historical nature. I know you guys have committed much of your life to this and I appreciate you for creating more depth to this art form 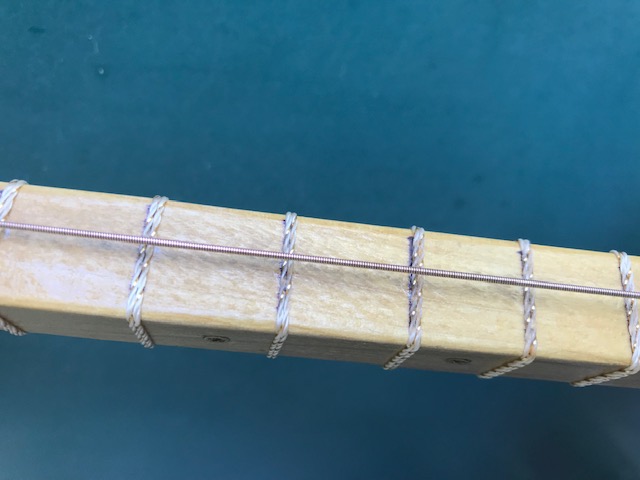 Since Shane shared the plans in this post, I've been daydreaming about how I would tie my own frets.

I really dig what you've done and appreciate that you shared your resource and photos of your work here.

Thanx Donkey, I enjoyed the simplicity of this method. It’s just 2 simple knots? The other way I learned to tie frets is very complicated & kinda bulky? But honestly, hard for fat fingered guys like me :D Just showing that it works? I also added a drop of super glue to the knot & one on the face of the fret, to stop it from wandering.

Definitely going to have to try this one some day...

I'm wondering if it would be doable with some really soft wire?

I think the wire is very interesting, like to hear how that works out

Started by Paul scofield in Performances, How to Play, Lessons, Concerts. Last reply by Keith Rearick 8 hours ago. 3 Replies 0 Likes

Started by the anonymous pick in Performances, How to Play, Lessons, Concerts. Last reply by Uncle John 13 hours ago. 21 Replies 0 Likes

James Pobog replied to James Pobog's discussion Necks
"I have a router table that I  haven't set up yet,  but will soon. Agree with …"
2 hours ago

Gary Hunt left a comment for Uncle John
"Thanks Uncle John for thr link to knotlenny's leeson,  Great for some new to the 3 string…"
2 hours ago

"I’m a barn yard boy Daniel. I like Chickens."
4 hours ago

Dave Lynas left a comment for Mike Kinzie
"I haven’t had much bowing trouble yet with very many guits built. I make sure to use quarter…"
4 hours ago