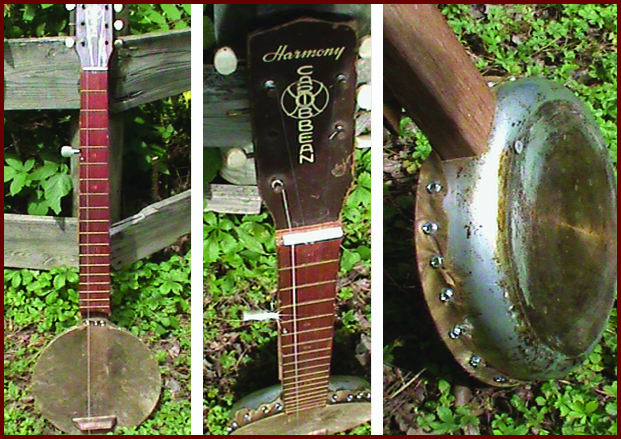 A week ago, I posted an excerpt from Samuel Charter's book, Country Blues where he described the very first banjo played by jug band icon, Gus Cannon:

He loved music and wanted to learn how to play the banjo, so he made himself one out of a bread pan that his mother gave him and a guitar neck.  He put the guitar neck through holes in the side of the dough pan, then covered the pan with a raccoon skin, scraped thin.

A lot of country boys made their own banjos this way.  The only unsatisfactory aspect was that there were no elaborate drumhead arrangements, with bolts and screws to keep the skin head tight in damp weather.  Cannon always traveled with his pockets full of crumpled newspaper, and before he was going to play, he would make a fire with the paper and hold the banjo over the heat until the head was tight enough to play.

I then challenged you all to recreate the banjo in order to explore this history even deeper.  (See the article here.)  Cigar Box Nation "power member," Jim Morris of Springfield, WV took that challenge and brought the banjo to life, using the above description along with some other information he had on Gus Cannon.

Notes:  Morris starts out by stretching the banjo head with burning paper, just like Cannon.  He also chose to perform the song as a slide banjo tune, just as Cannon originally played it!

Here's his photos and notes on the build:

"Several other sources state that he made the banjo from either a frying pan or a bedpan with the coon skin stretched on it. Either of those would most likely be round and I'm guessing he told the story, or it got re-told, a little differently each time. Either way I'm curious to see what builds come from this! I'm going with frying pan and skin of undisclosed animal since that's what I have on hand.

"Shane's book says Gus used a bread pan for his first banjo. Other sources say bed pan and Wikipedia says frying pan. This is what I used." 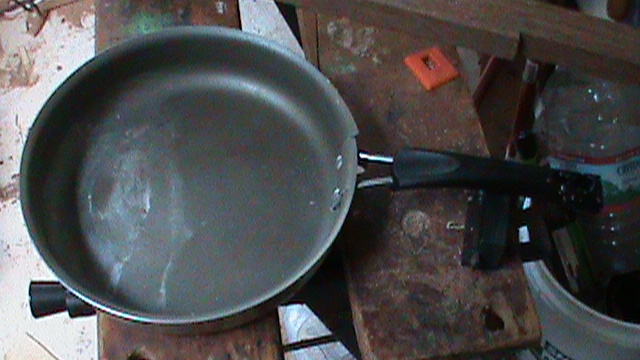 "I cut the handle off with a hacksaw and that gave me an opening for the neck extension." "My original neck idea with the animal skin. It's not raccoon but it was given to me by a friend who's an avid trapper. Suffice to say it's a mammal of some type." "I discarded my original neck idea when I saw in the text that Gus had used a guitar neck." 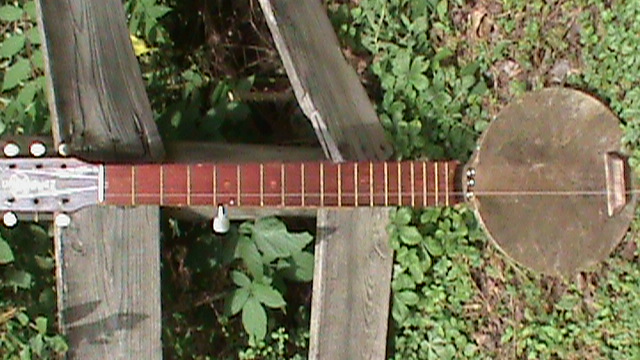 "That's the neck from a Harmony Caribbean. I hope I didn't sacrifice a neck that's worth a ton of money to collectors." I'm not sure what method Gus would've used to attach the skin. I went with self tapping screws. 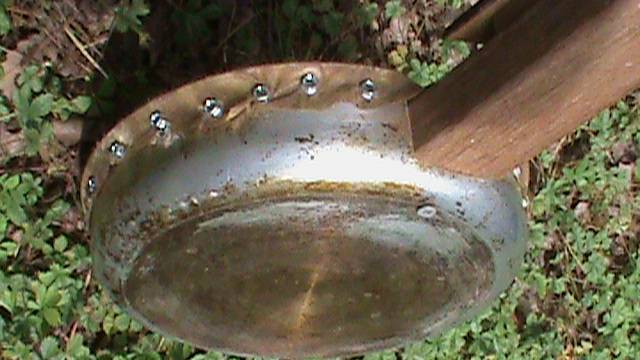 Great job, Jim!  You made a forgotten piece of history come alive again.  That's the magic of these instruments... they're like time machines that can take you back in time.
-shane

Wow, first time seeing this, what a great story and performance! I hope one day to make my banjourine when I finish my other projects, not a skillet or animal skin from a trapper, got a 12" tambourine for mine, yeah I'm cheating...baby steps.

Thanks Rich. I've used tambourines in the past with great success. Good luck on yours.

Started by Fergus Lester in Performances, How to Play, Lessons, Concerts. Last reply by robert jones 5 hours ago. 11 Replies 0 Likes

"I  knew a good  balladeer like you would have made that investment.  "
1 hour ago

"I showed Linda and she pointed out that the skeleton was crawling to get water, but failed and died!"
2 hours ago

KOOL DOG HOOCH replied to Sean Murphy's discussion Table saw for fretting, blades, and power
"I mistakenly misnamed the tool. I was referring to a scrollsaw, that is why I mentioned the coping…"
4 hours ago

I can't seem to upload any photos in the group "homemade guitars", nor just direct on the…See More
4 hours ago
0 Comments 0 Likes

"Thank you Bob. Love THAT reference! I still have both of the Gord's Gold albums on my old ipod"
4 hours ago

Darryl Tuttle replied to Sean Murphy's discussion Table saw for fretting, blades, and power
"i was lucky enough to find a used stewmac blade at a garage sale...the luthier developed…"
5 hours ago