How to Build This "Shabby Chic" Lap Steel Guitar Yesterday, I got the urge to build something new, so I went into my woodshop and challenged myself to make something within one hour.  The time restriction made the project even more interesting and added an element of excitement.

Note:  I am giving this guitar away to one subscriber of my Shane Speal newsletter.  You can enter by signing up at www.ShaneSpeal.com.

I had purchased four salvaged balusters from Re-Source York, an architectural salvage company run by a local York PA charity. Each tattered and paint-chipped piece only cost me $3! 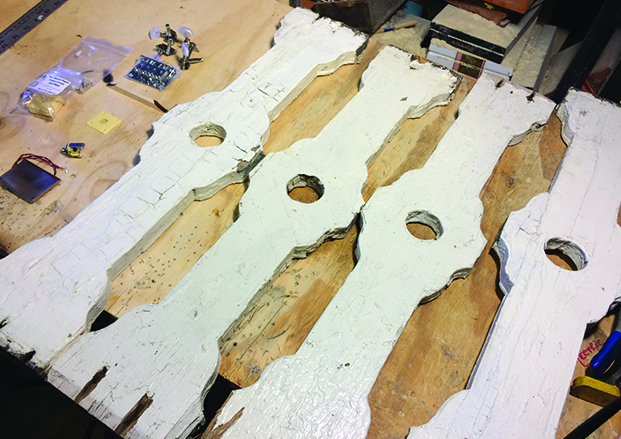 I decided to turn one of these balusters into a 4-string lap steel.  Here's the parts list: 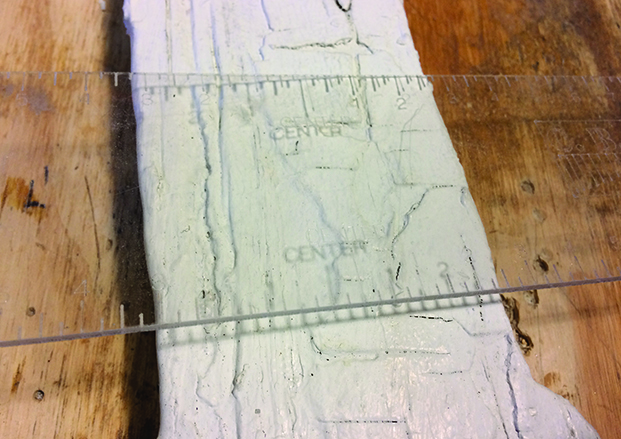 The first thing I did was to use a C. B. Gitty Centering Ruler (Buy - $8.99) to find the center point for bridge mounting.  This ruler is a genius tool that is essential in my workshop.  Simply place it on your project, match the numbers up on each side of the ruler and bazinga, you have a centerline.

Now that I had a center line, I could mount the bridge.  These Hardtails are a delight to use.  I especially liked the 4-string model for this project because it is designed to have the strings fed through the body and up over the saddles.  Since the salvaged baluster was weakened due to age, having the strings fed through the body gave the bridge one extra anchor to hold it tight. 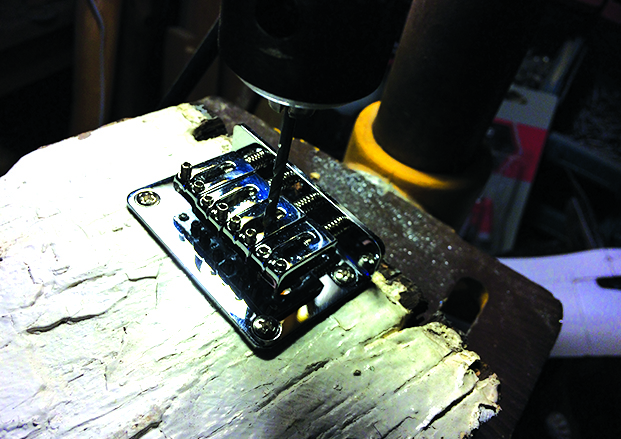 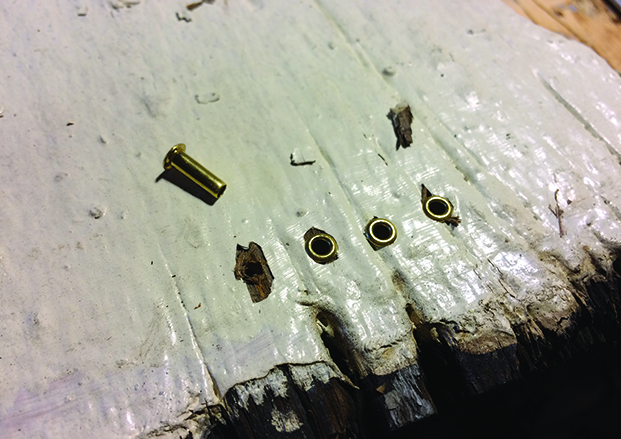 I added economy string ferrules on the back of the body to keep the ball-ends of the strings from pulling through the wood.  Simply tap them in with a C. B. Gitty Fretting Hammer.

I must admit, the headstock was a bit of a mess.  I used a 1" forstner bit to remove some wood from the backside where the tuners would be mounted.  This is because the wood was too thick for the tuners' shafts.  The end result is kind of ugly on the back, but that's the challenge of building something within one hour! 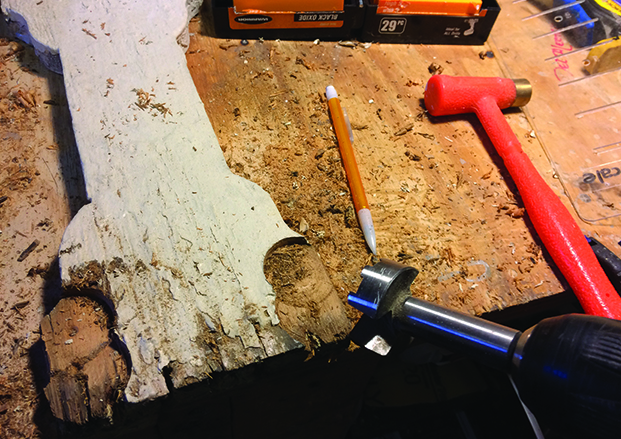 I drilled and mounted the tuners.  Because I didn't have a lot of room for the tuners, two of them are actually mounted at the top of the headstock.  It just adds to the quirkiness of the guitar. 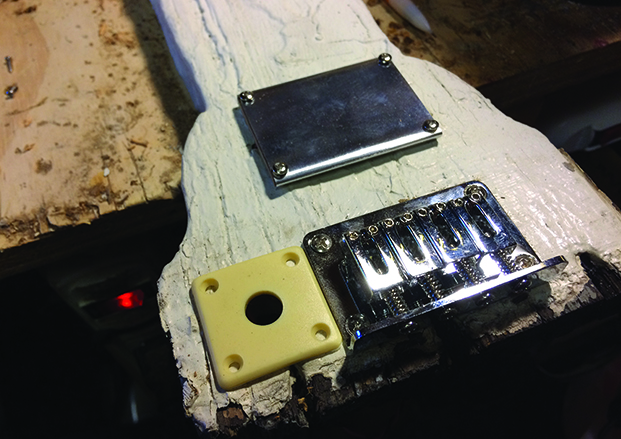 The pickup was easy to mount.  Dan Sleep's "SleepTalker" pickups are so thin, you don't need to route the body for them.  Just screw 'em to the top of the body!  I drilled a small hole under the pickup for the wire, which dangles out the back of the lap steel.  I then hardwired it to the Neutrik jack and mounted the jack plate.

I chose a C. B. Gitty floating bridge as the nut because I knew I could dig some very deep string slots in it.  (They need to be deep to handle the radical angles of the headstock string pull.)  I used a cutting bit on my Dremel to cut the string slots. Finally, I strung the beast up. The biggest challenge was positioning the nut and the string angles at the headstock.  I had to add some round head screws to act as string trees.  It's tuned to open G (GDGB) or G Minor (GDGBb) This was a fun build that went fast. (It took longer to blog about it than to actually build it!)

That Flat pickup sounds like a true Lap Steel pickup with that aluminum casing. Sweet

Started by Uncle John in Other stuff - off topic, fun stuff, whatever. Last reply by CLG 1 hour ago. 57 Replies 7 Likes

"Soulful good, Vinnie.   Really has a nice texture and feeling to it.   Nice…"
15 minutes ago

"Love the hobo pic and your music enhances the feeling.   I hear trains.   "
16 minutes ago

"We all know how you feel Vinnie"
1 hour ago

"Dave brought a dynamic to this site no one else has. Man I'm gonna miss him."
1 hour ago

"Good to see you Jim I only wish it was for a different reason. You have painted a nice picture of…"
1 hour ago

CLG replied to Uncle John's discussion Dave passed away on Friday AM, 9/17/21. Thanks for all the well-wishers before and after his passing.
1 hour ago

"I posted a Willie song a few weeks back Dave said "You made me cry RTZ". He just got me…"
1 hour ago